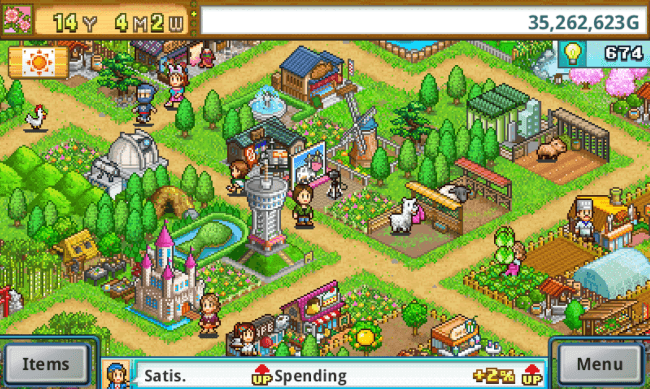 It’s becoming more and more difficult to write about Kairosoft games. The main issue is that they all sort of blur into one after a while – go and read any other Kairosoft review on Gamezebo, and you’ll already have a great idea of how Kairosoft’s new game Pocket Harvest works. Just replace the theme of the review with farming, and you’re away.

Kairosoft used to have a great thing going for it, with charming, easy-to-understand management sims that were as expansive as they were exciting. All these years later, and Kairosoft still has the very same thing – except that the excitement has well and truly dropped off. When you’ve played the exact same game over and over again, simply with a new skin each time, enjoyment levels really start to wane. 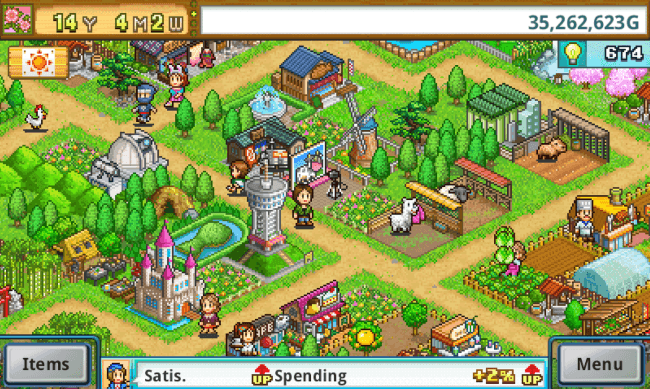 Pocket Harvest is the worst example yet. You’re presented with an isometric grid, on which you can play with fields, paths, and buildings. By planting crops in the fields, filling the houses with workers, and placing down all sorts of tourist attractions, your goal is to build up your cash reserves, buy the surrounding land, and become the most lucrative farm in the world.

Everything here is the hallmark of a great Kairosoft game. You’ve got workers who potter around, planting seeds and digging up tomatoes, carrots, and the like; There’s tourists who can’t wait to buy a fruit juice and see the sights and smells your farm has to offer; And fun little animations that play along the bottom of the screen to show how a worker is progressing towards all forms of expansion.

The game centers around the idea of seasons. Crops will go in and out of season, and unless you build a greenhouse, you won’t be able to grow absolutely everything all year round. Workers can only walk a specific amount of the way to a crop too, so spreading your worker houses out across your land is key. 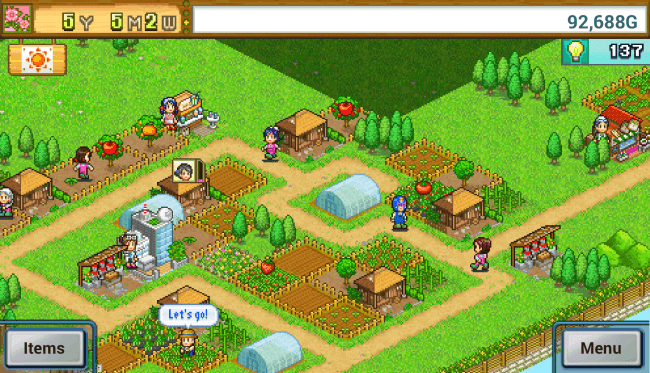 But before I go on to simply spell out the same old spiel that I have been doing for the last few years, it’s best to note that Pocket Harvest does not branch out from the base Kairosoft formula in any way. That was fine after Kairosoft’s second, third, fourth, fifth games… but after playing dozens of these things, I’m now at the point where I’m finding it impossible to garner any real enjoyment out of new ones anymore.

There’s not a lot particularly wrong with Pocket Harvest, but then again, there’s nothing new or exciting about it either. I already own this game many times over, just with different names and different themes. If you, too, have played plenty of Kairosoft games, then Pocket Harvest isn’t exactly going to blow your socks off either. And this is reason enough to mark it down and stress my frustration – Kairosoft is clearly a talented studio, and I’d much rather see what else it is capable of, rather than rehashes of the same old content over and over again. 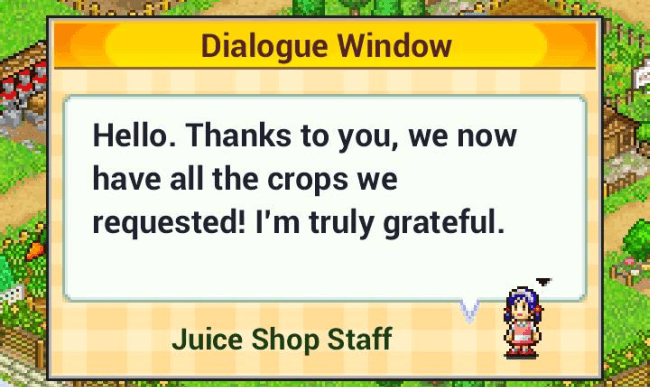 Of course, if this is your first Kairosoft game, then congrats! You’re going to have plenty of fun unlocking new tools, expanding far and wide, bringing in the tourists, coming first in the local contents, completing missions, and plenty of other classic Kairosoft elements. Nothing has changed, and therefore if you’re new to Kairosoft, you’re going to find some wonderful content here.

But as a Kairosoft veteran, I’m at the point where I can’t really stand it anymore unfortunately. And that’s the bottom line with Pocket Harvest: New players are going to love it, but if you already have a dozen Kairosoft games installed on your Android, it’s not really going to do anything for you at all.