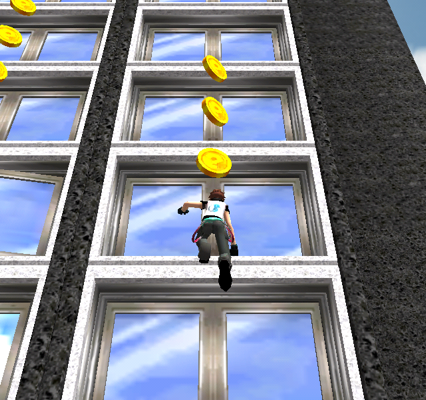 The quest to convert classic games into endless runners continues

Pop quiz! Have you ever heard of Crazy Climber, an arcade game released back in the early 80s? Don’t worry if your answer is no: Aside from an Atari 2600 port and a handful of Japan-exclusive remakes, it’s remained dormant ever since. That is, until the recent release of Pocket Climber, the remake-slash-sequel you were all clamoring for! Maybe.

The goal of Crazy Climber was a simple one: Reach the top of various towers without dying. A hodgepodge of obstacles stood in your way, including residents who tried to drop household items on you, girders that fell from the sky, and even a massive ape who tried to punch you. If you evaded all these things and made it to the top, a helicopter would take you to… another tower. 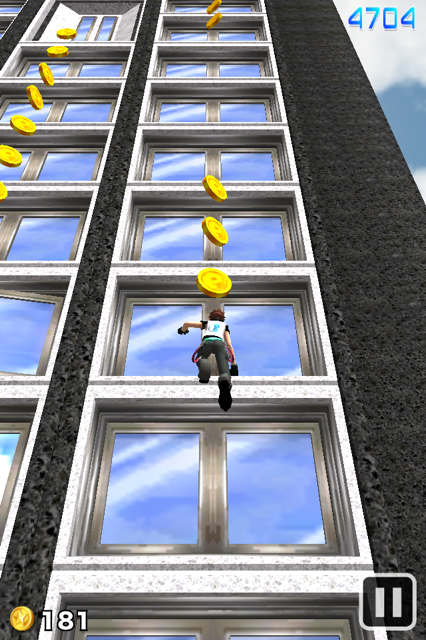 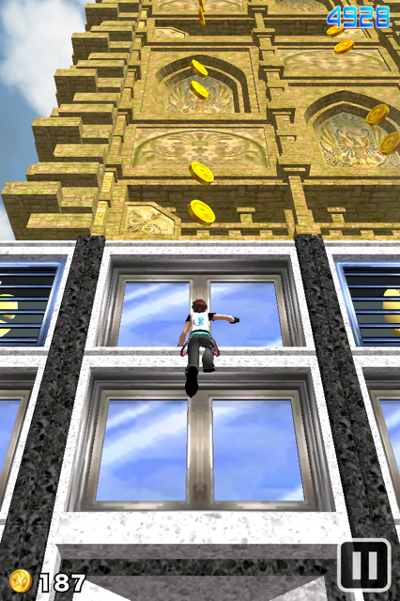 It’s not so different in Pocket Climber, where you’re once again dodging obstacles and climbing as high as you can. Rather than journey to various towers by way of helicopter, though, you’re climbing a single building of infinite height. Put another way, this is Crazy Climber converted into an endless runner – or endless climber, if you’d prefer.

This switch in genres has resulted in less player autonomy, as your character will jump higher up with or without your help. Your focus is instead directed towards jumping left and right to dodge obstructions, as well as an occasional forced leap upwards to avoid gaps in the wall. Despite the fact that you’re scaling a building instead of running, the gameplay feels remarkably similar to other endless runners – including the seminal Temple Run.

And just like other games in the genre, staying safe isn’t the only goal of Pocket Climber. There are absurd amounts of coins to be scooped up, all of which inexplicably float alongside the tower you’re climbing. They’ll steer you directly into the gaping maw of danger (like a gorilla’s fist) on occasion, but gathering them is a necessary evil if you have any hopes of purchasing upgrades without making an in-app purchase. They can also be spent on staying in the game when you’re hit with an obstacle, as opposed to being booted back to the bottom of the tower. The fee to do this rises with every floor you climb, but it makes for a nice way to brush off stupid mistakes made near the beginning of a run. 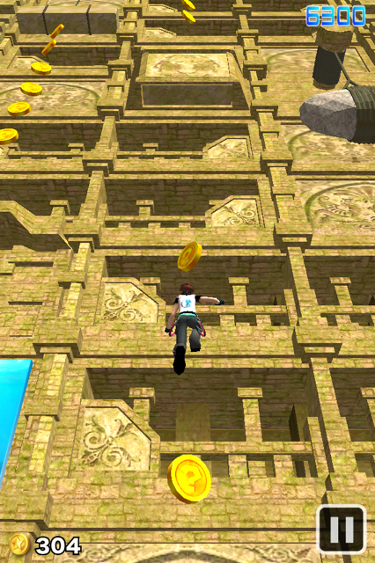 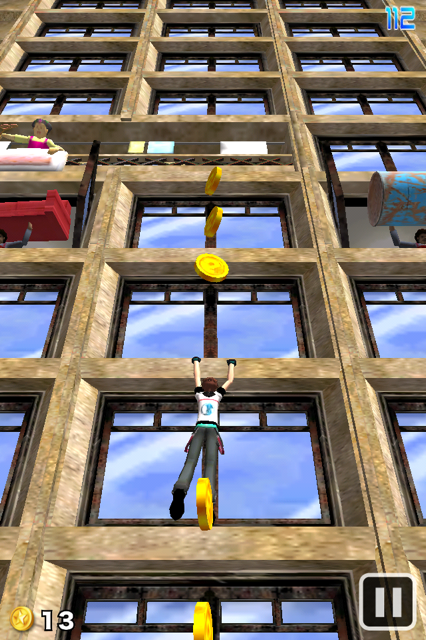 In truth, the upgrades felt like a much better way to spend coins. You can purchase – amongst other things – items like a jetpack, coin magnet, and protective helmet. The effects of all these are temporary, and they randomly spawn throughout the level. There’s nothing inherently wrong with that method of distribution, but the helmet seemed to only show up when there were no obstacles, rendering it useless. Just once I wanted to get punched by a gorilla, only to continue climbing unscathed.

And that feeling of want was pretty emblematic of my experience with Pocket Climber. I had a lot of fun for the first hour or so, and it’s certainly competent on a mechanical level, but there isn’t a whole lot to it. I suspect those less familiar with the genre will be more enchanted by what the game has to offer, but I can’t see its appeal stretching any further than that. Unless, of course, you’re a diehard Crazy Climber fan who’s desperate for more. There must be some of you out there!