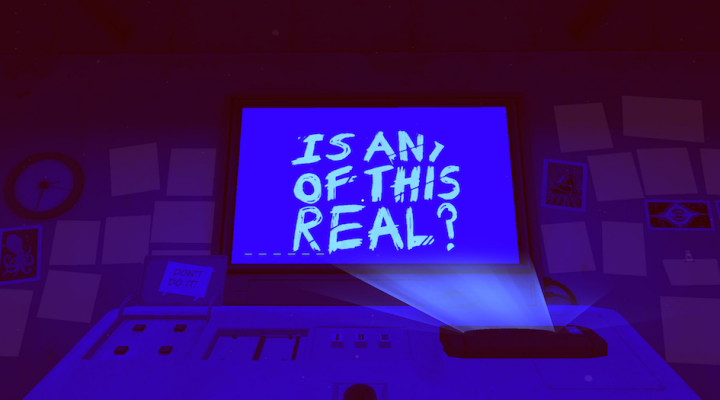 Can be frustrating when you're stuck

When you see a big red button and you’re told to not touch it, it’s hard to resist. That’s just basic human nature. The whole concept of being tempted to do something you’re not supposed to do makes things far too tantalising. It’s also the basis of Please, Don’t Touch Anything 3D – a cryptic, sometimes taxing button-pushing simulation. It might not seem like much at first, but it’ll draw you in soon enough.

The game has you covering for a colleague who’s gone for a bathroom break. You find yourself sitting in front of a console with a green screen displaying an unknown city. A lone and ominous red button sits in front of you, and you’re told to not touch anything. So, you touch the button, obviously. Bad things start happening, and things explode. It’s not a great result, but there’s so much more to what’s going on in Please, Don’t Touch Anything 3D. 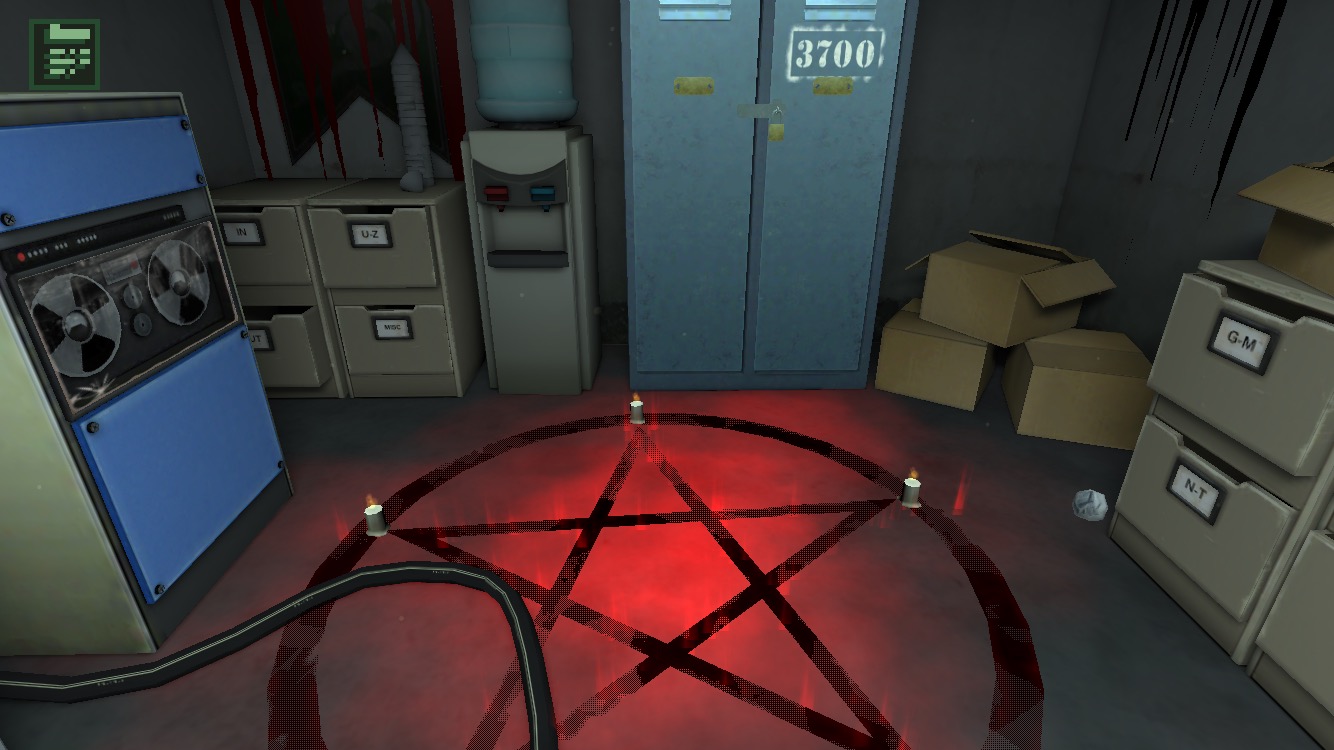 You see, this is a game that prides itself on not giving much away. You’re stuck in this one little office, but there’s plenty to explore. Within it are various clues and tools, each offering a key purpose to your quest to complete the 30 puzzles available. Each time you complete a puzzle, you’re given a poster to place on the wall, representing your accomplishment. It’s all subtly done, yet really quite beguiling.

Experimentation is vital. For instance, you’ll find that hitting the red button a number of times can change what becomes available to you. Hit it enough times and a hammer and screwdriver pop out of the console. You can use them to interact with things elsewhere in the office. At times, it’s hard to tell just what you should be doing next. Don’t feel bad when you find yourself looking up a walkthrough, but try to resist. The fun is had when you deduce something for yourself. See a keypad pop up? Try to figure out what code would be relevant here. All the clues are scattered around your office. It just might not seem like it at first. 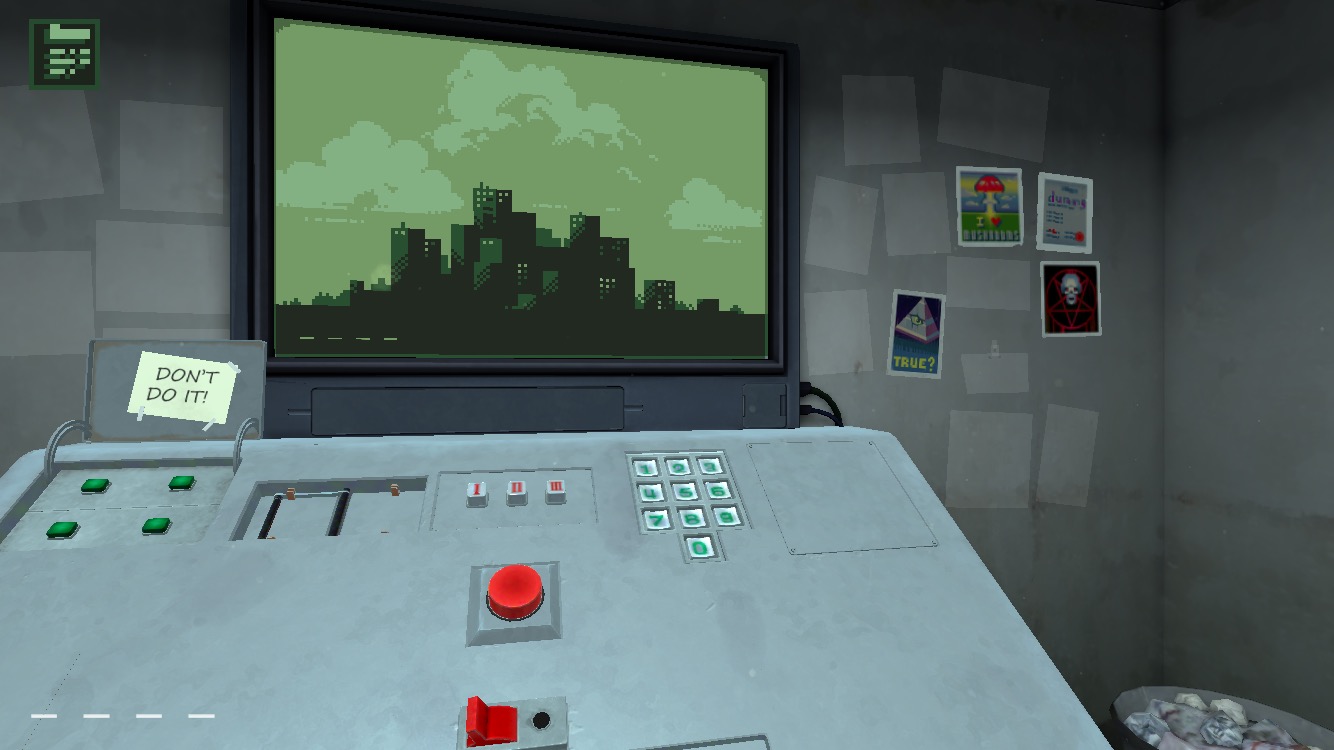 It’s hard to accurately gauge how long Please, Don’t Touch Anything 3D will take you to complete. That’s because it’s going to be down to how you think. Some puzzles will instantly make sense, while others might have you scratching your head for a while to come. It’s vaguely reminiscent of the likes of Professor Layton in that you’ll find yourself thinking about it, even when you’re not playing.

Through your various button presses and manipulations, you’ll see numerous different endings, enticing you into doing more. It’s all so enticing, and surprisingly gripping for a game that’s really quite simple. Much of that is down to Please, Don’t Touch Anything 3D’s ability to hook into that aforementioned urge to poke at buttons.

I’m not expecting many players to keep at Please, Don’t Touch Anything 3D until the end, because it occasionally feels obtuse. That’s unfortunate though, as it does a fine job of not spoon feeding you progression. It demonstrates its PC indie gaming roots, giving you insight into a much more challenging form of puzzle game than we usually see on mobile. That should be rewarded as it makes a change to come across a puzzle game that expects you to think things through properly.