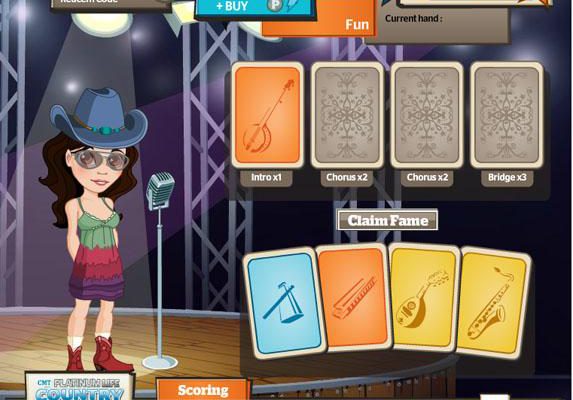 Major consumer brands like CMT have rushed to Facebook as the social game industry has exploded, though brands have yet to dominate the industry the way they’ve historically dominated the console game industry. A typical branded console game is usually a well-worn game formula with the license slathered over it, but branded Facebook games are still all over the place. CMT’s Platinum Life: Country is typical of this confusion in brand-focused Facebook games, offering a variety of loosely-integrated gameplay options bundled up with a lot of licensed music and voice clips from major country music stars.

What doesn’t work about Platinum Life: Country is the gameplay, which lacks cohesion. You’d expect a country music game to be a management sim or to have some rhythm game component, but instead you get a town-building sim where building up your town influences your country music stardom in a way that doesn’t really make any sense. The performing aspect of your career is handled via a card-based game that’s essentially simplified poker, with card colors and instruments taking the place of the usual suits and card faces. You can travel to other major cities to perform, but it’s not clear how this is useful outside of fulfilling task requirements. 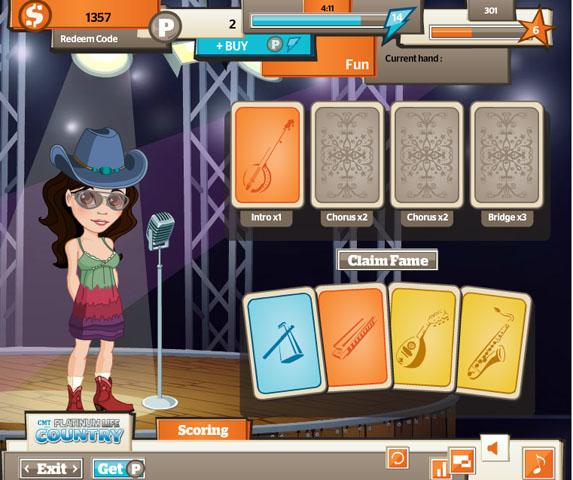 In most games mission objectives like Platinum Life: Country‘s tasks are meant to guide you through the early game while providing you with resources you need to succeed. What you get in this particular game are a bunch of goals that feel arbitrary and give no real sense of direction to how you play the game. The one aspect of the game that works really well is avatar customization, which is the only thing besides real estate that you can spend money on. Your avatar is has three customizable “head” slots and three “body” slots, with over a hundred different pieces already available for certain slots.

Platinum Life: Country‘s country music theme gives the avatar fashions available in it a lot of personality. You can buy a lot of things, like a huge variety of cowboy hats and boots, which simply aren’t available in most Facebook games. Platinum Life: Country also includes an in-game jukebox that constantly streams country music hits from top current artists. You can also pick one of a surprisingly long selection of artists to be your “mentor” in the game. In practical terms this means you get to see their avatars a lot and hear encouraging voice clips from them at different points in the game. 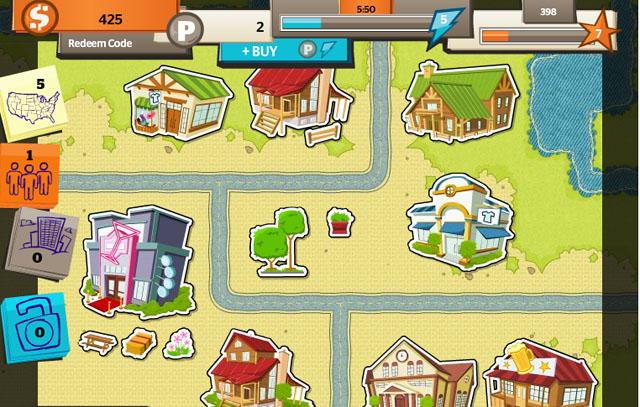 Parts of Platinum Life: Country do a good job of embodying the CMT lifestyle brand, but it just doesn’t work very well as a Facebook game. There’s no sense of cohesion to the gameplay and there’s no clear sense that you’re moving toward a meaningful goal. It’s also a little irritating to play right now, since the loading times are still long and frequent. It’s hard to say what exactly a fan of country music might expect from a country music Facebook game, but Platinum Life: Country feels like it somehow falls short of the mark.