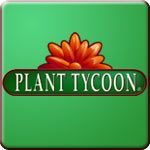 Plant Tycoon is a lot like the film Pan’s Labyrinth: you might not have heard of it, or you might have written it off as not your cup of tea, but it’s an example of entertainment done right.

Considered the spiritual successor to Fish Tycoon, Last Day of Work’s Plant Tycoon puts you in charge of a nursery, where you must breed and sell plants for profit. Monies collected can then be used to buy better soil, seeds, equipment and so on.

OK, so the concept sounds dry, but click through the game for a while and you’ll find it surprisingly deep and engrossing. Yes, a planting simulation.

Similar to Fish Tycoon, Plant Tycoon plays out in real-time, therefore time continues to march on whether the game is played or not. Most people will enjoy this feature – and it contributes to the game’s addictiveness – but some might not like opening up the game after a long weekend away from the computer only to find that their precious plants are dead or dying (or infested with bugs). Actually, it would be remiss not to mention you can actually adjust the game speed from the Options screen – or turn off the clock altogether, if you like – which is a smart feature for the developers to include.

On to the details: The main screen shows a number of pots lined vertically and horizontally (no, it’s not a 3-in-a-row game) and along the left-hand side of the screen are your options for what to put in the pots. This includes the different kinds of soil you can choose from, various seed types, water, tools (such as clippers), and special sprays including growth hormones and poison get rid of pesky bugs.

After you plant the seed and use the watering can on the soil, you must then wait for the plant to blossom, prune its dead leaves (but don’t do it too much or it’ll die), pollinate the plants to create new seeds, and then sell the plants in the nursery. Customers stroll in and come up to your creations — such as a Jalapa Ball Cactus, Spotted Maple or more exotic cross-pollinated hybrids – and then buy them if they’re the right price. If customers continuously overlook your plant you may need to drop the price down a tad to attract interest and invest in nursery upgrades including cherub statuettes and fancy fences.

This part of the game will keep you busy enough as you strive to upgrade your soil, purchase imported seeds and better chemicals and tools. But there’s much more to the game. For example, one of your challenges aside from breeding and selling plants is to find the six Magic Plants in the game (Fish Tycoon players might remember a similar feature). You’ll know they’re special, and why, with a small pop-up window that gives you some info on each of them, but we don’t want to spoil how to obtain them in this review.

Another mini-game is using a net to collect the close to 50 bugs and put them on display in jars – and certain bugs can only be found hanging around specific plants. You can upgrade your net, too. This part of the game is optional.

As you can tell, Plant Tycoon is a very unique, challenging and enjoyable game with lots of replayability. Some downsides, however, are that novice players might scratch their head at times asking themselves “Now what?” because they don’t know what to do next. While you can get some hints on playing the game, there isn’t anywhere to click that tells you what to do in case you missed something (and since plants take a while to grow you might think you did something wrong). Similarly, until players figure out you could turn off the real-time feature, it might frustrate players who return to the game to find out their plants have been infested.

Overall, Plant Tycoon might not get the same kind of attention as a 3-in-a-row, hidden object or waitressing sim will get, but it’s definitely one of the deeper and more gratifying casual games to surface in a while. Two (green) thumbs up!