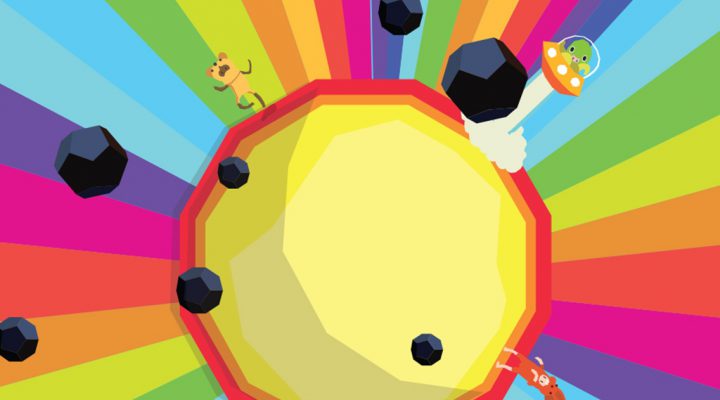 Infectious, catchy music in a wide variety of genres

Mechanics that are perfectly designed for micro sessions

MS Paint aesthetic that is immediately palatable, but dotingly crafted

Extremely respectful In-App Payment system: pay once to get rid of the (unobtrusive) ads, or reach the top spot on the leaderboards to earn that privilege!

Nothing exceptionally innovative about the mechanics or execution thereof. Hard to truly fault the game for this, though, when that clearly wasn't a goal going in.

One of my favorite assessments of video game critique was made by longtime reviewer and video producer Max Scoville, in a tweet I’ve long-since lost track of. Forgiving my paraphrase, he said, succinctly: as writers about and assessors of interactive entertainment, we ultimately create “book reports about toys.”

And while the emotional resonance of many recent releases alone would spur me at first to disagree, there are also those games which embrace the idea head-on. To that end, and following Scoville’s logic, filing a review of British developer OutOfTheBit’s latest, Planet Quest, makes me feel like the luckiest kid in the proverbial class.

Oozing with charm, Planet Quest is a game that will delight your synapses from the moment you pick it up until the time you temporarily and begrudgingly set it aside; it is a sensory treat whose simplicity belies the depth of doting craftsmanship ever-present below the surface. More practically speaking, it’s a neon-drenched rhythm game that exemplifies the best the genre has to offer, in the vein of cult classics like Rhythm Heaven.

Abandoning logic in favor of offbeat originality, Planet Quest casts you as an adorable extraterrestrial, whose goal it is to zap into its ship those dancing on the surface of a series of rotating rocks. Naturally, each spinning orb circles to the beat of a different genre of music, ranging from techno to reggae.

Less naturally, those you’re sucking up seem to be dressed in animal costumes. Don’t stop to question things, though: miss too many passersby and your ship explodes, taking with it all the precious points you’ve earned, and forcing you to get your galactic groove on all over again. 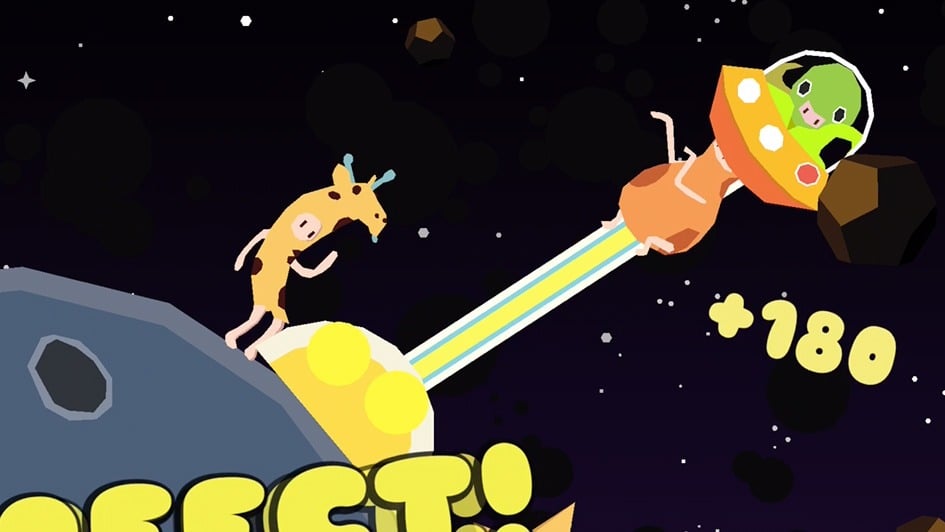 With that said, each of the Planet Quest’s looping tunes is a wriggling ear worm, waiting to jump from your phone or tablet directly into your brain, where it will make itself right at home until you invariably return, unable to get it out of your head.

Mechanically, the game marches in lock step with this concept, with a design that’s perfect for micro sessions. Every potential alien captor you let slip by, or every zap which accidentally connects with a planet’s surface or rotating flower, results in a loss of one of three available hearts. Conversely, touching down your beam energy in time with the beat will earn you back precious life, prolonging play. Chain together combos and walk the razor’s edge between losing and gaining back energy as long as you can, and you’ll be greeted at the end with your score and a tantalizing retry button. 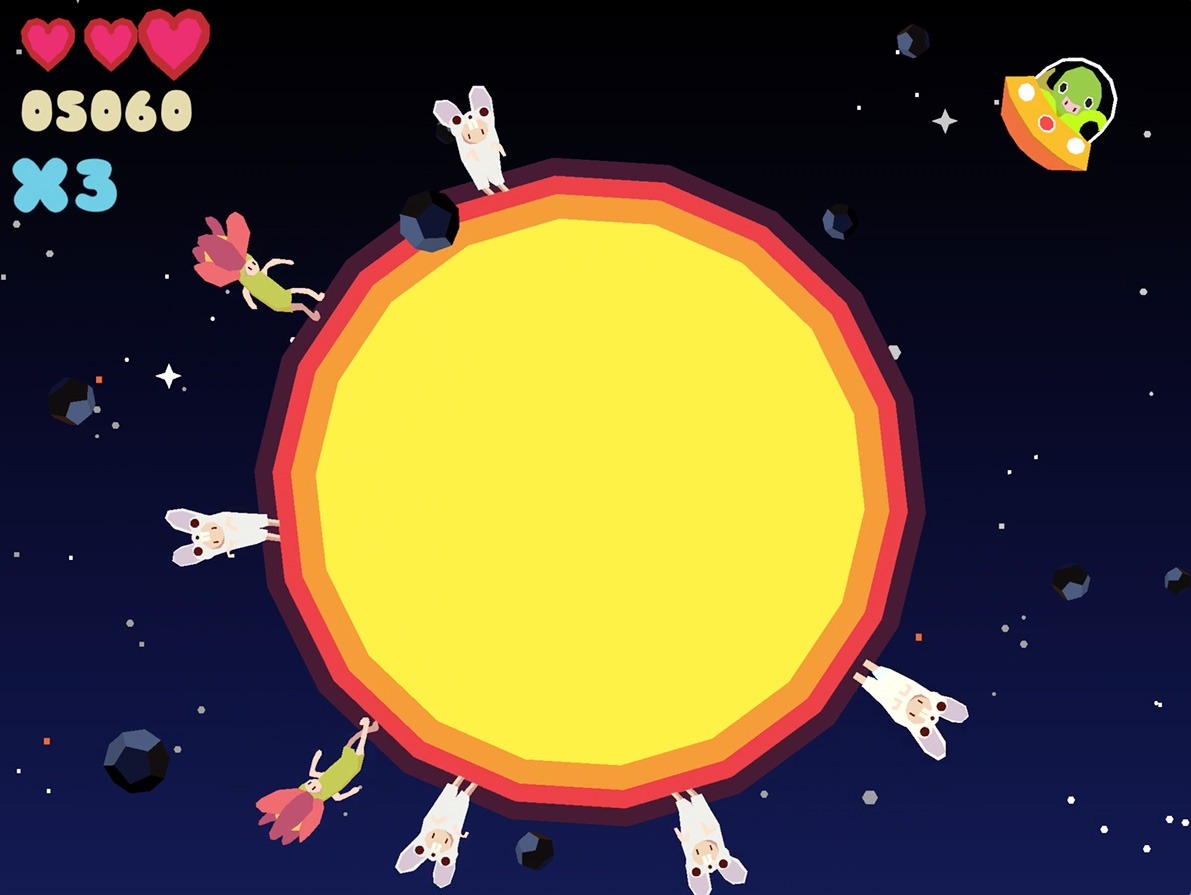 In a genre whose conventions haven’t evolved substantially beyond “tap to the beat,” though, none of this is too mind-blowing. Where OutOfTheBit’s engrossing little toy sets itself apart is not by changing how you play, but rather by cultivating unabashed joy while you play. From lethargic planet-flower hybrids that croon reggae beats to blissfully unaware dancing pigs (who are revealed with an ill-timed tap to be humans in pig suits!), Planet Quest adheres with every detail to the same principle that makes a show like Adventure Time so magnetic. Every little piece of the game’s universe is so impossible, so oddball, that together they all imply the existence of a ridiculous, entrancing “somewhere.” The hyperactivity of every art asset exists for no practical purpose other than to bring a smile to your face.

Ironically, then, Planet Quest is perhaps most profound in its total lack of profundity. The gusto with which it sets out to send no message, but rather play the part of a perfect, tactile distraction, might be a message in of itself. A zany, infectious argument for the power and purity of play. Or maybe it’s just a phenomenal rhythm game. What do I know? I just write book reports about toys.

Under the Sun Review: Something New