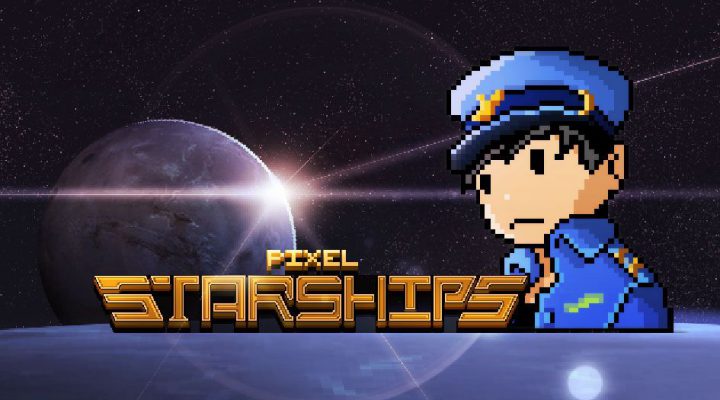 Steadily upgrading your ship can be quite satisfying

Things get pretty fun once you figure out the rhythm

Takes a while to be able to install decent upgrades

The semi frequent crashes and bugs are a little annoying

There’s no tap dancing around it – Pixel Starships is basically a free-to-play FTL. And you know what? It works pretty well for what it is.

After a brief bit of exposition and character creation it’s time to start your space adventure. Well, “adventure” may not be the appropriate term. One big thing that Pixel Starships does differently is give you missions that all involve blowing up another ship. Or sometimes rocks!

It’s not all that big on story, adventure, or random encounters that make you feel like every new game is a new story you can share with your friends. But Pixel Starships is big on ship-to-ship combat, and that part’s pretty fun …when the game isn’t crashing. Or when weird bugs (like a seemingly broken mission that will never actually let me play it) don’t get in the way. 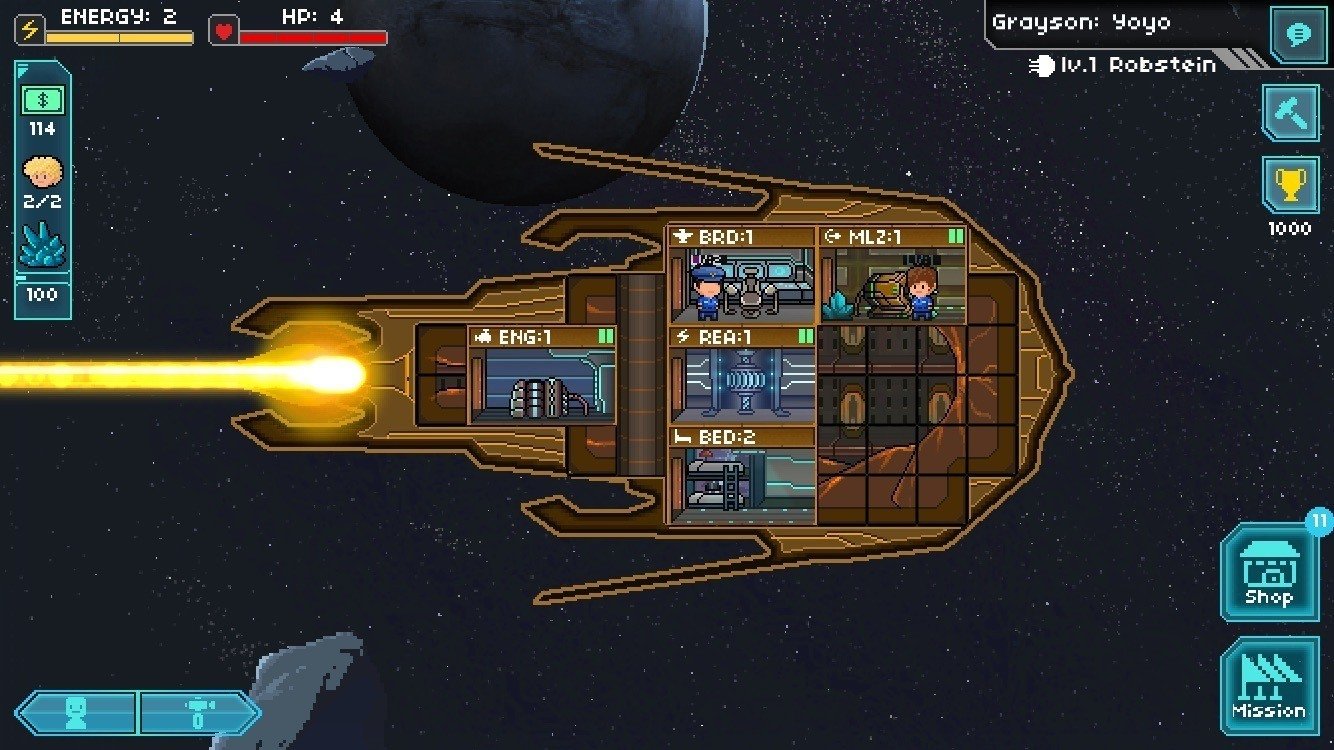 Each room has a function – some that don’t really help in combat, sadly – and you can adjust your power output on the fly to increase or decrease their effectiveness. This typically involves putting as much power as you can into weapons or shields, though there are other things you can prioritize. And of course, your enemies can damage these rooms to make them not work anymore. Then you have to walk a member of the crew over there to try and repair it. Still — crippling your target’s reactor, thus leaving them helpless since they can’t power anything, is pretty darn satisfying.

The combat is pretty fun all-around, though it’s often either way too easy or way too tough. There’s no middle ground. I utterly destroy my enemies or they utterly destroy me. Every so often I’ll find myself in a fight that’s a bit more of an actual challenge, but it’s a rarity. Then you eventually upgrade your stuff and the cycle starts again. 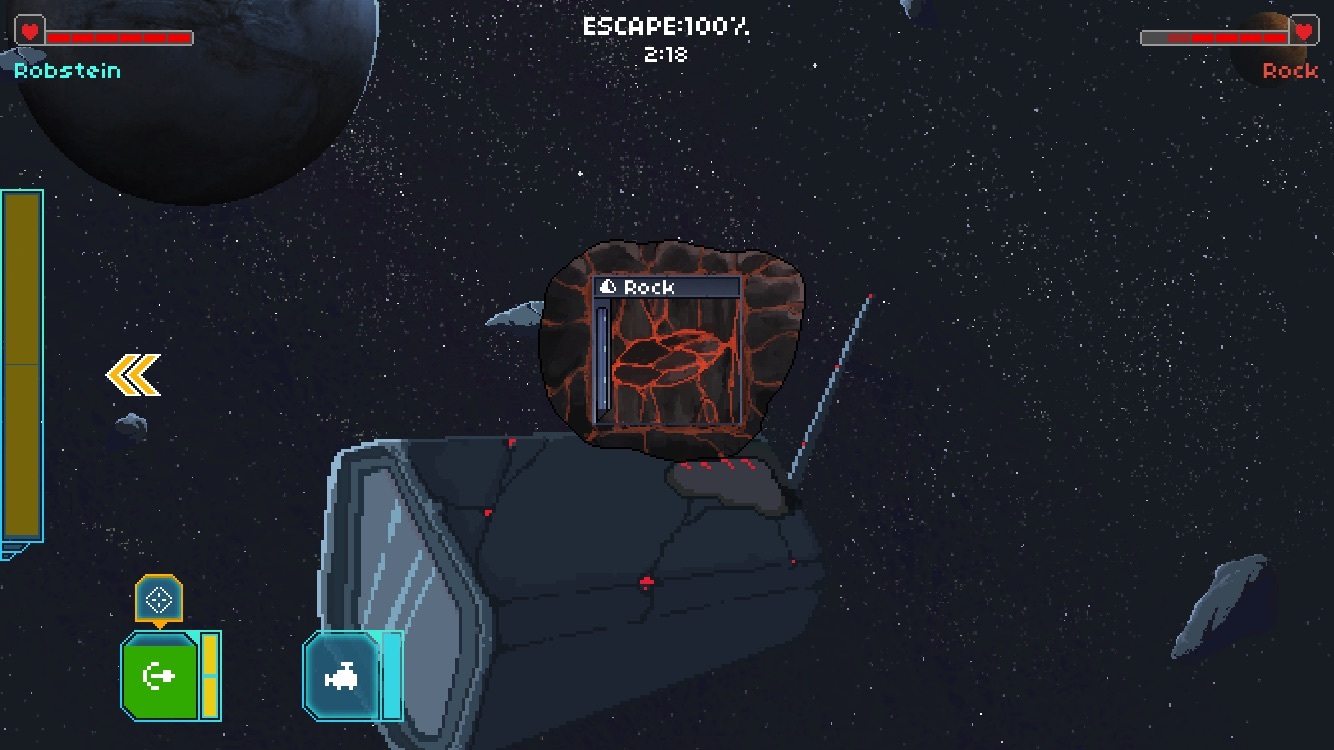 Those upgrades can make a pretty big difference, too. Well, some of them can. Leveling-up your crew doesn’t seem to change much, but something like adding a level to your reactor or weapons definitely does. More power and the capacity for more power is always useful. As is more proficient resource gathering, as you’d imagine. The only problem is that it’ll probably take you a bit before you can start to really beef up your ship. It’s not so much the amount of time it takes to upgrade something (and you’re not arbitrarily limited to a certain amount of simultaneous construction projects, thank goodness) as it is the amount of time it takes for you to save up for them.

Simply getting a third crew member on the ship can take quite a while because you need to upgrade your sleeping quarters (you can’t install more than one at first). But upgrading to level 3 costs 2.5K minerals. But you can only store a maximum of 500 minerals at first, and building a storage area only adds space for 500 more. So you have to upgrade the mineral storage. But upgrading mineral storage requires gas. So you have to build a gas collector. And so on. 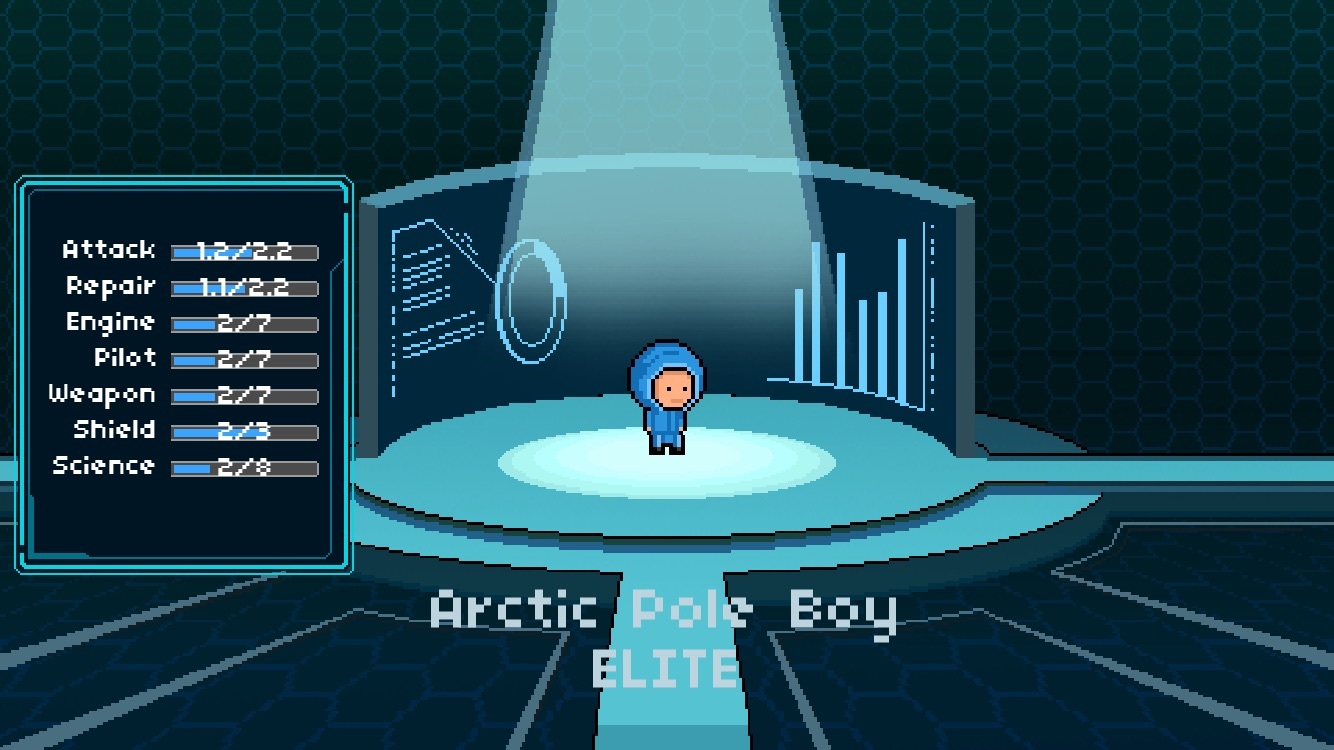 The biggest issue I have with Pixel Starships is that the regular missions (i.e. exploring) are limited, and you have to wait 24 hours for them to refresh. It’s not uncommon to be having a good time blowing stuff up, then run out of stuff to do and be forced to wait. You can take on the “story” missions (the big green button), but they tend to jump way up in difficulty before long. PvP isn’t a bad way to kill time while you wait, though. You won’t really know what you’re up against when you pick a fight with another player, but you can sort of guess based on what’s displayed next to the trophy icon (higher, lower, even).

Pixel Starships has its problems, but I’ve honestly been having quite a bit of fun playing it. When it lets me, anyway. I could definitely do without the 24 hour mission limitations and technical issues, but it’s nothing so terrible that it’s ruined my good time.