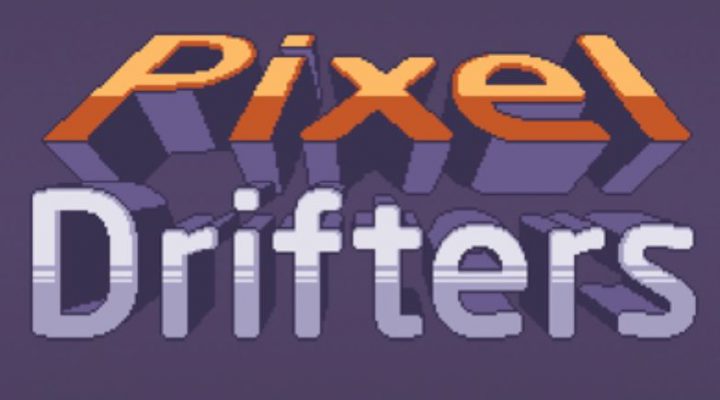 Totally unforgiving (but for most people that's part of the fun!).

Hard to tell the difference between dangerous and harmless objects on the ground.

Pixel Drifters is proof positive that sometimes the best games – those that are destined to live on our home screens long past release week – are the simplest. There is absolutely a place for depth and carefully crafted narratives that rival works of classic literature in their beauty, but there is also something magical about pure, unadulterated fun.

In Pixel Drifters, a joint effort by Appsolute and Tarboosh Games, fun takes the form of drifting your pixelated car through an endless world, collecting coins and trying to avoid the many obstacles in your way. It’s an incredibly unforgiving game – in fact, it’s hard to think of a game that’s less forgiving than Pixel Drifters – but this is what hooks you in.

Regardless of how talented a driver you are (or think you are), you will crash. It’s inevitable. It might take the form of ramming head on into a bollard. It could just as easily be something far less dramatic like grazing your back end on the side of a brick wall. Your job is to put off the inevitable for as long as possible and collect as many large and small coins as you can along the way.

There is a loose mission structure used in Pixel Drifters that can provide some motivation to keep you coming back, though you’ll probably not need it as driving around and collecting in-game coins while trying not to crash is ridiculously fun on its own. It can also help you gauge how your drifting skills are improving because the difference isn’t always noticeable when you’re in the heat of gameplay. 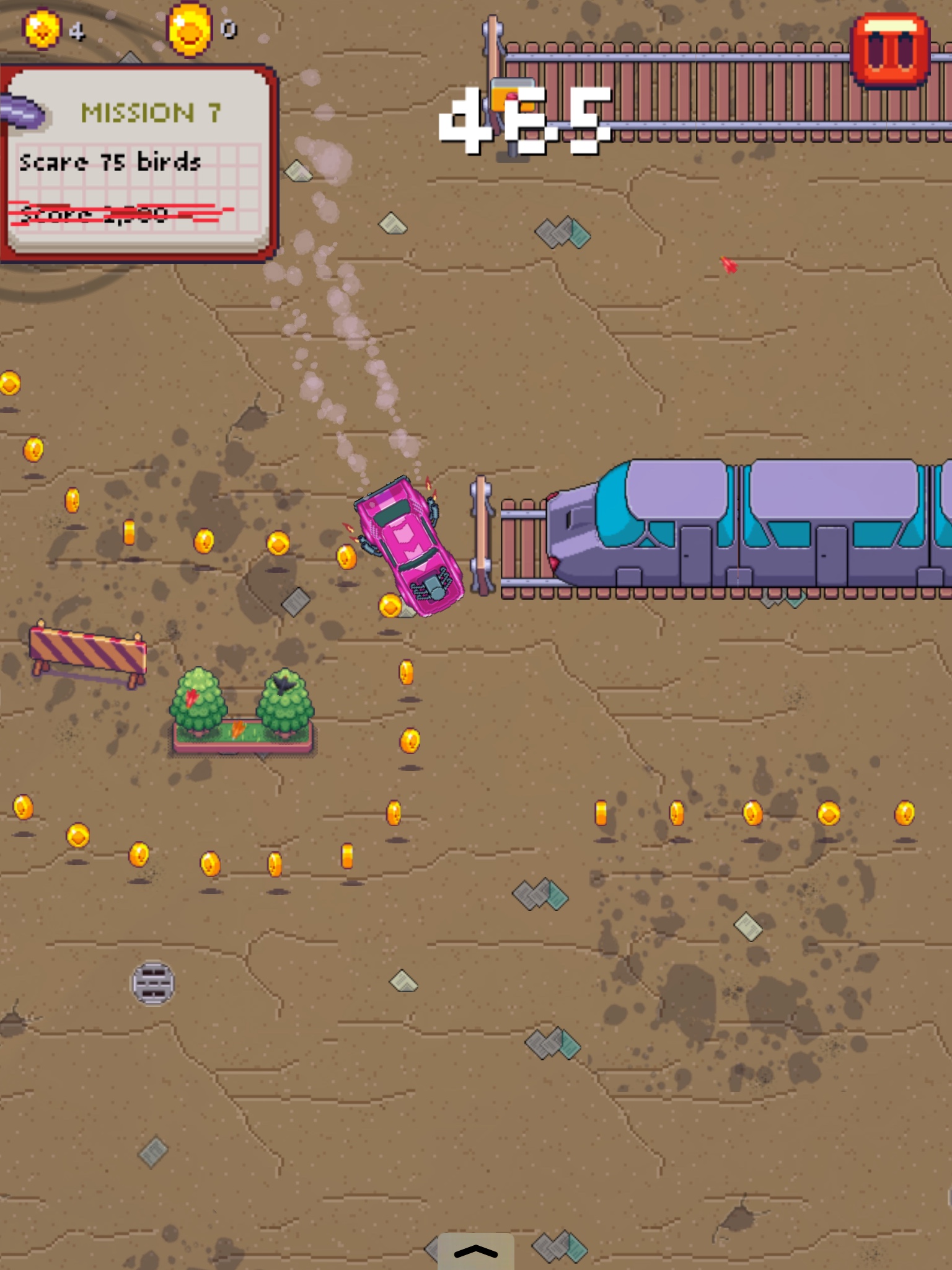 Visually, Pixel Drifters is one of the strongest pixel art games of 2017. While clearly nostalgic for the heyday of the SNES, its retro sensibility comes across more as true homage than gimmick. The whole game – from the menus to sound effects and background music –   work to create as immersive an arcade experience as possible while keeping the touch controls necessitated by the mobile platform.

The game’s retro graphics also provide one of the game’s coolest little features: when you crash your car will dissolve before your eyes. Imagine if real world crashes cleaned themselves up that efficiently? Waiting a few seconds and hitting a reset button sure seems preferable to fighting with insurance companies and repair shops. 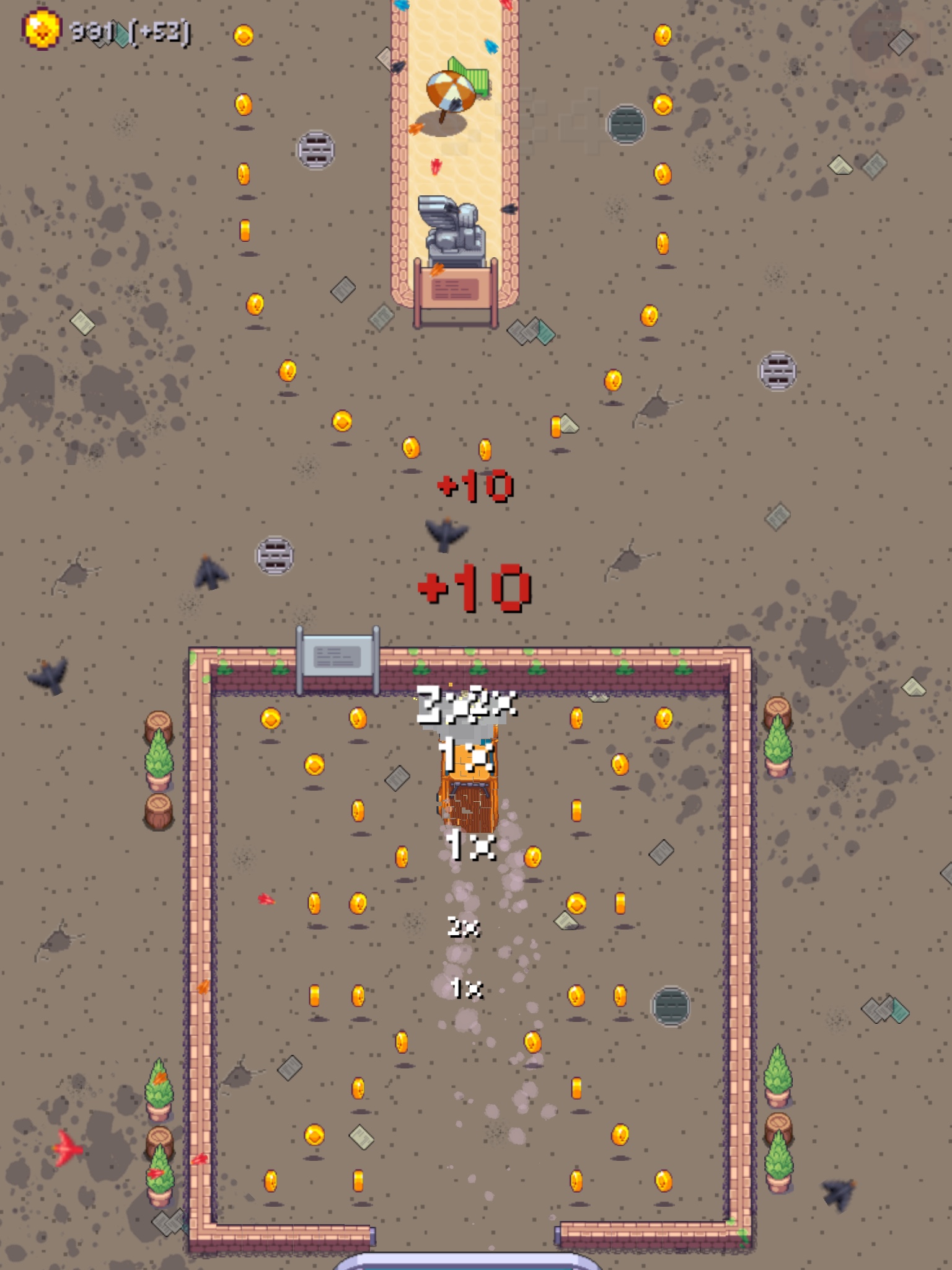 To keep things from getting boring, there are a number of different maps in play in Pixel Drifters. From train yards to dirty, oily parking lots, the maps are equally detailed and intricate. The maps are also equally difficult so there’s no point in getting your hopes up for an easy run. 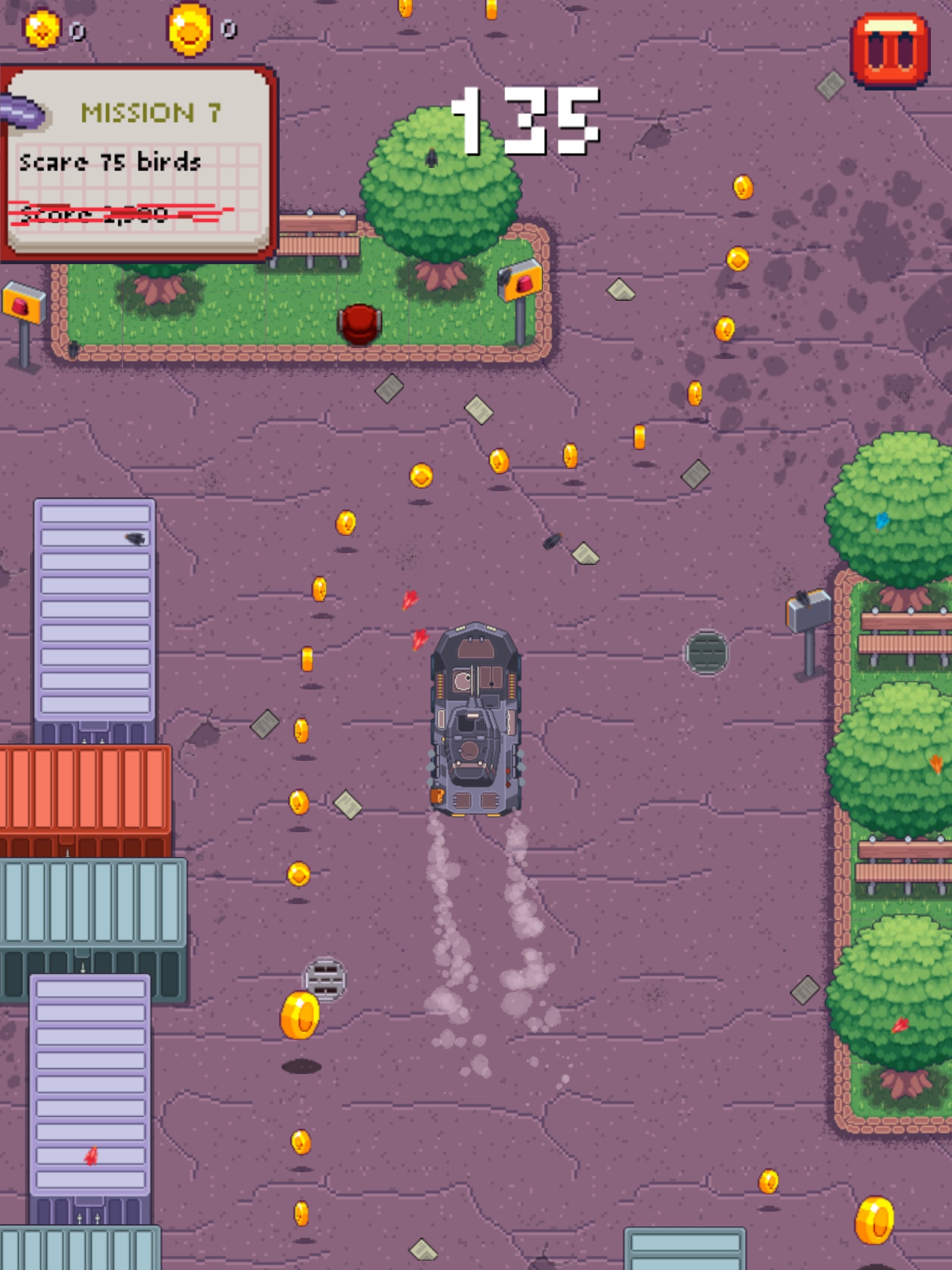 Another element of the game working in Pixel Drifters favor is the range of cars available. Some are conventional – there’s pick-up trucks and vans – while others are a little more out of the ordinary. For example, the Amphibious NX9 is truly a sight to behold (and drive). It might look like a computer on wheels, but as the name suggests, it’s got the weight and heft of a boat which can help slow things a little to keep you on track. By contrast, the small racing cars take up less space but can be harder to control. 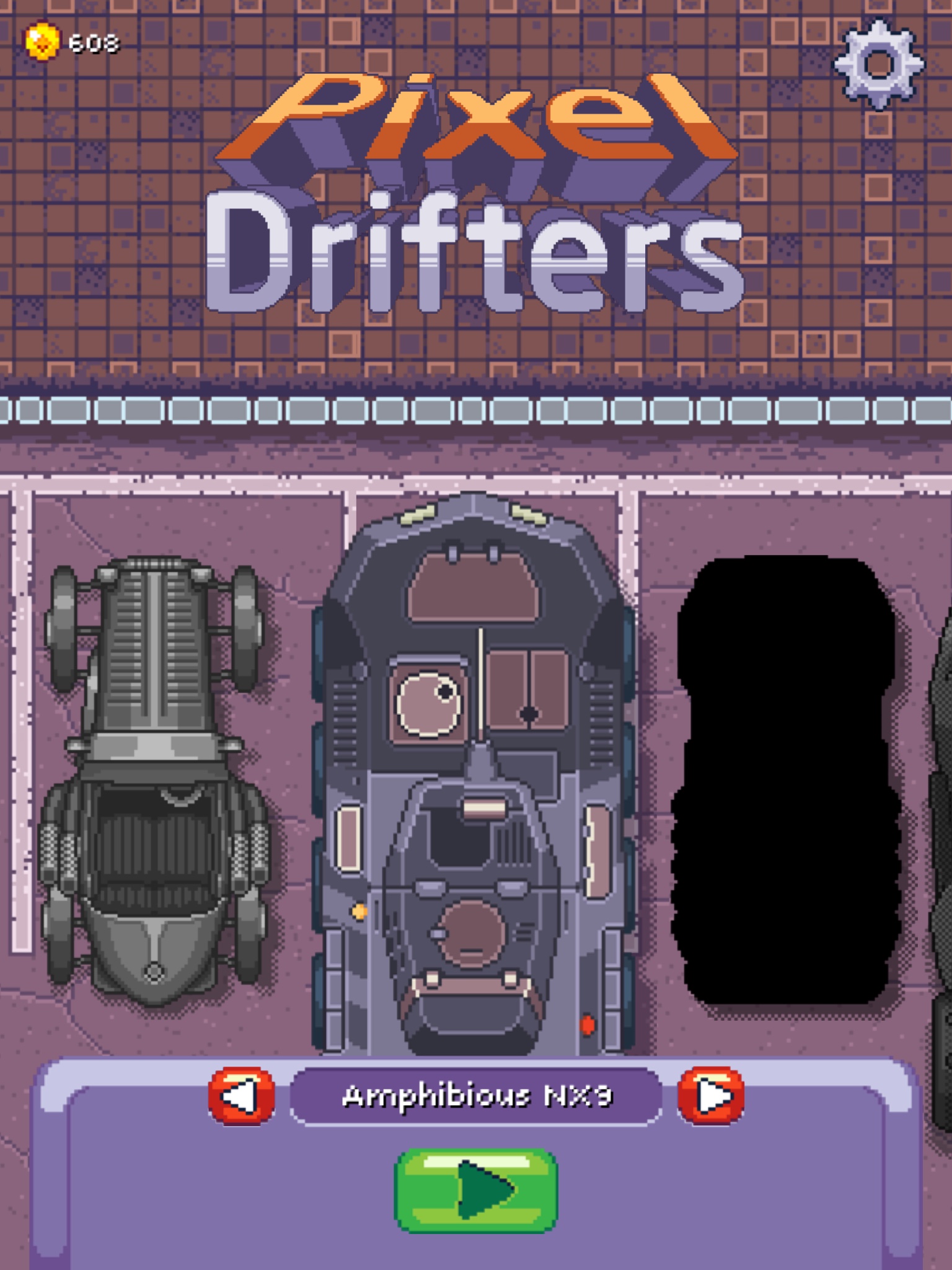 If there’s a downside to Pixel Drifters– and in the grand scheme of things it’s a minor issue — it’s that it can be hard to tell the difference between birds, trash and small vehicle-busting objects on the screen. This might be part of the challenge, or it might just be a small contrast issue. Having the small objects in the game does help to keep the challenge high and the game fun, but being able to clearly distinguish them from the birds which often play into the missions would make it feel a little fairer.

TL;DR – if you like cars, pixels, and a tough challenge, Pixel Drifters will take up residence on your home screen for a long while.

Drop Not Review: Slow Your Roll