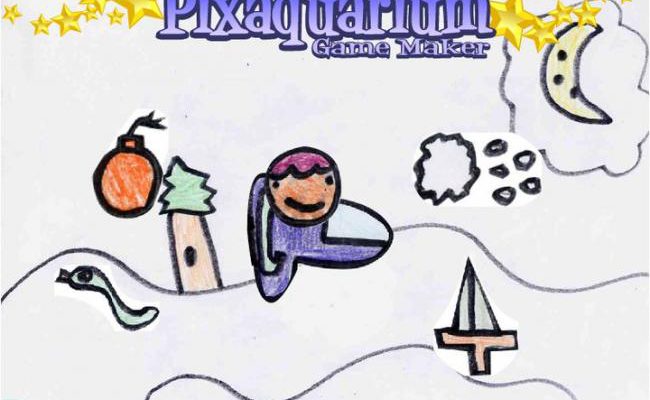 Pixaquarium Game Maker doesn’t let you make games, so much as customize a dull one a little bit

If you’ve ever visited a sufficiently large shopping mall, you’ve probably seen the little novelty carts that sell personalized books to someone’s unfortunate child, grandchild, niece, and/or nephew. These personalized books are typically very standardized fare that an adult with very bad taste in presents can fill out, Mad Libs-style, with the name, perhaps a photo, and some other pertinent information about a kid who is about to get a really boring gift. You can also sometimes see licensed versions of these, featuring superhero and cartoon characters, which are intended to be filled out by a kid who’s vain enough to want to see his or her name in print alongside artwork of characters from their favorite licensed intellectual property.

I bring these up because Pixaquarium Game Maker is the social game equivalent of one of those little carts that sells “customizable” books.

It bills itself as a tool that encourages creativity, but there’s very little you can do with the customization tools and you can’t actually make a game with it. Instead, you can upload photos into a pre-made game and customize the sprites with faces of friends and family. The game’s tutorial image shows some fairly small children using it and I can’t help but imagine that small kids (and parents of small kids) are the target audience. 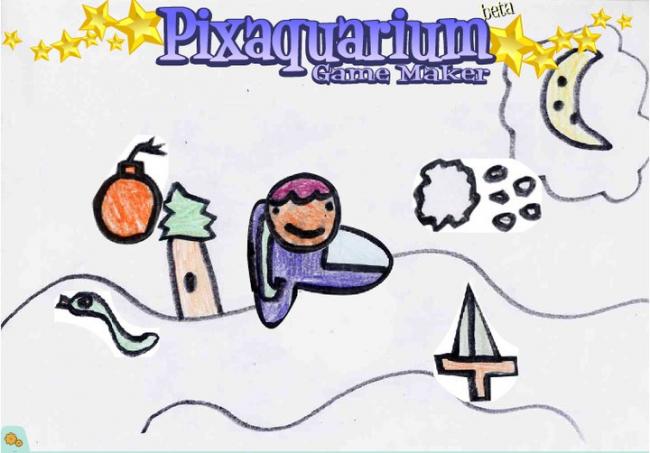 The interface for uploading photos is very simple and intuitive, as are the tools for uploading them. The downside to this is that there’s not a lot you can really do to manipulate images once you’ve uploaded them. You can only alter their size, flip, or rotate them. You can’t, say, change the space-themed rocket ship and alien sprites into completely different sprites. You can upload a photo to act as background, but you’ll still be stuck with aliens and rockets no matter what you upload. Similarly, you can’t change anything about how the one preset game plays.

That game is a very simple Flash diversion where you race your rocket toward stars using your mouse, then try to get the stars back to your base flag without bumping into an alien. You control your rocket with your mouse and can occasionally pick up power-ups, though it’s not entirely clear what most of them do. One seems to extend the game by 10 seconds, otherwise your games seem to automatically end after a minute. There’s nothing wrong with this game or how it plays, exactly, but it seems like the novelty of playing it with people’s heads inserted over the aliens would wear off quickly.

Just as the novelty book carts tend to charge something like $9.99 or $19.99 for their wares, Pixaquarium Game Maker charges 15 Facebook credits if you want to save your created games. After you’ve paid once, the game promises that you can save as many games as you like. You can also play friends’ saved games. It’s genuinely hard to imagine any but the most easily-amused kid really being that devoted to messing with Pixaquarium Game Maker, though. In fact, I think most kids would get bored with it before finishing their first “game.”