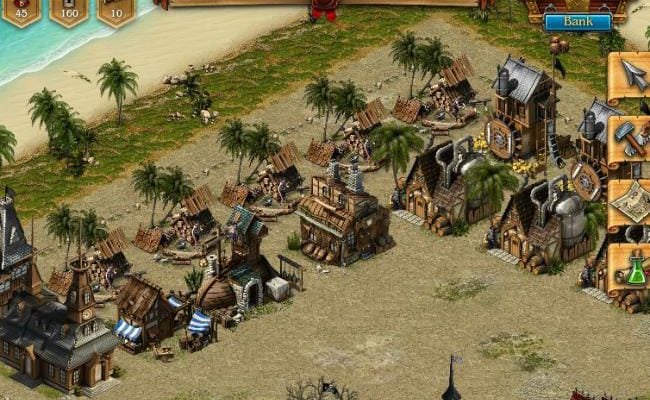 Yo ho, yo ho, a pirate’s life for some of us

Is your heart no longer stirred by the dialect of salty dogs? Then you may be suffering from Pirate Overexposure, an extremely common Internet affliction. There’s no definite cure, but the complex and compelling world that’s laid out in DotMMO’s social strategy game Pirates: Tides of Fortune might help sway you back to the ranks of the buccaneers.

Currently an exclusive on Google+, Pirates: Tides of Fortune places you, an aspiring pirate, under the wing of a veteran pirate lass who has kindly agreed to start you on your way in a life of swindling and looting. As you slowly make your way through the game, you build up your pirate “haven” into a self-sustaining island. By assembling and upgrading gold mines, rum distilleries, and lumber yards, you’ll have the resources necessary to hire the men (and women) needed to defend your island, perform raids on neighboring islands, and sing sea chanties far into the night. 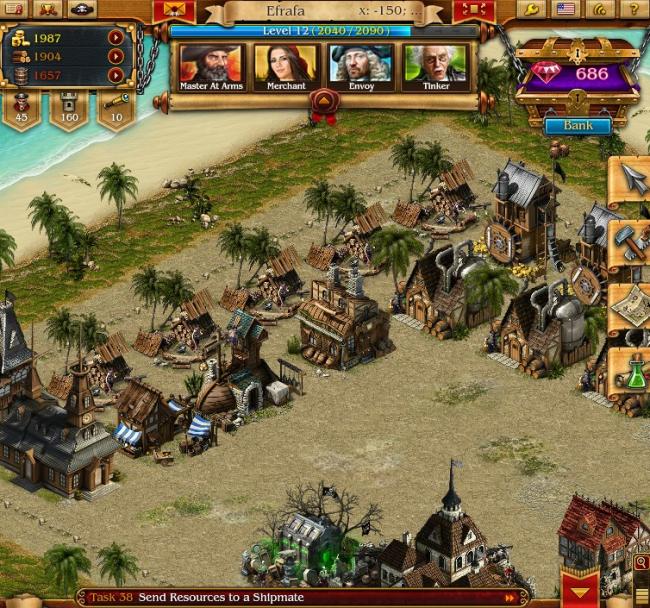 There’s more to a pirate’s life, of course. You must also fortify your defenses, form trade relations with other captains (no backstabbing allowed in the market), perform research, and make discoveries that allow you to improve your haven’s technology–and your ships.

Pirates: Tides of Fortune isn’t a game that rewards you for sitting around and clicking mindlessly on buildings and objects. Its combination of strategy and world-building is deep, multi-layered, and, well, slow. The tutorial portion of the game will take a couple of days to get through, and although you can skip ahead on some of the listed tasks, it’s not recommended.

In other words, don’t expect to sign up, hop on a galleon, jam the key in the ignition, and take off. You have to earn your way to the seas by researching the necessary technology for your ships. This is done by collecting “sketches.” You’re awarded one a day, and you often have to collect several in order to advance. Moreover, you won’t always be awarded the sketches you need, which makes it necessary to trade with other pirates. 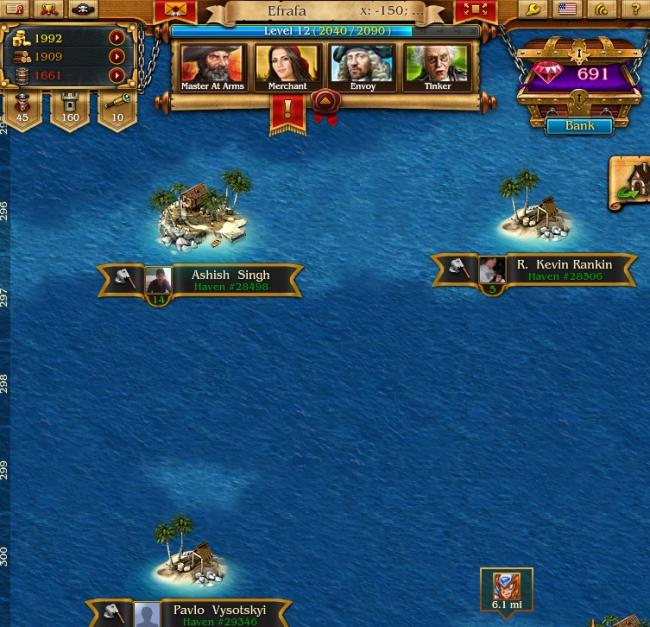 Pirates: Tides of Fortune isn’t for everyone, but its high-quality graphics and jaunty sound make it capable of capturing anyone’s attention. The game looks great, thanks to highly-detailed objects and animations. The voice acting is competent, and can be turned on or off at a whim. You can even switch the game’s “Pirate English” over to our everyday 21st century dialect, if you like. In fact, Pirates: Tides of Fortune has a pretty good sense of humor about itself: leave it running in the background for a little while and enjoy the pirate-kitty screensaver.

This online adventure has a lot going for it, though its slow pace and choppy speed on lower-end computers will result in a handful of Pirate School dropouts. If you’re on the fence about looting, keelhauling, and pirates in general, it certainly won’t hurt you to give Pirates: Tides of Fortune a try. The Flying Dutchman might spontaneously start haunting you whenever you use the bathroom, but that’s pretty much it.