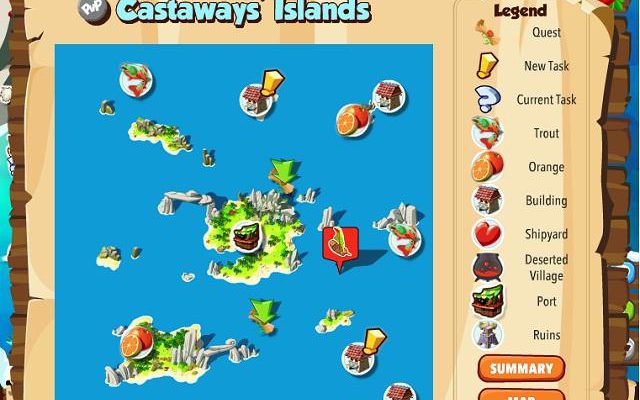 Seek adventure on the high seas and battle your way to riches in Pirates Saga.

There are a lot of pirate-themed games on Facebook, but these games have an alarming tendency to not really be about pirates. They’re actually about managing a business or restoring antiques and just happen to tell you that you’re doing this because you’re a pirate. There’s something baffling and disappointing about that. Pirates sail around fighting people and looting treasures. Pirates Saga is possibly the first pirate-themed game on Facebook that actually lets you engage in these classic pirate activities.

Pirates Saga is a game that blends RPG battles with finding treasures in lost cargo or unexplored islands. This description sounds a lot like Playfish’s Pirates Ahoy and Pirates Saga certainly looks a lot like that game. Pirates Saga plays very differently, though, emphasizing pure combat and questing. You spend Pirates Saga sailing to various chains of islands, spending energy to loot valuables, and trying to find ammunition you can use to fight various enemies and even other players. 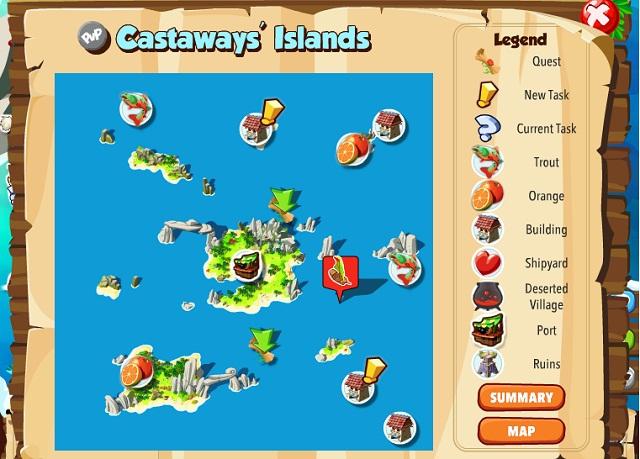 The game has no particular goal beyond becoming a better pirate with a cooler ship, fancier cannons, and more loot at your disposal. You periodically get quests and can sail to different clusters of islands from the world map. Once in an area, you can navigate around to various quest goals quickly and easily through a clickable mini-map. While you travel, you need to keep an eye out for stores of special ammunition and lost cargo boxes floating around the ocean. Nabbing treasures gives you more resources you can spend on upgrading your ship. 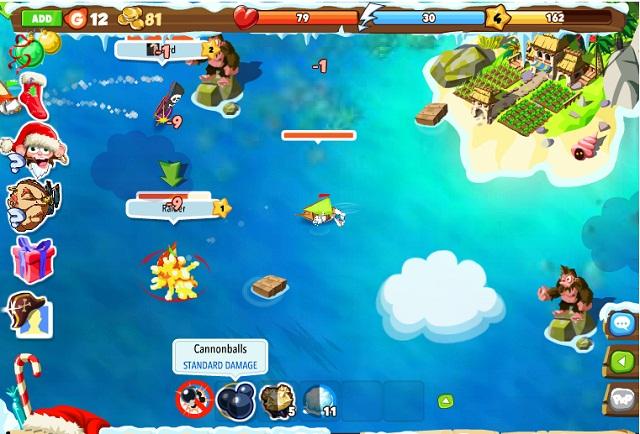 Pirates Saga is still a very new game so occasionally it suffers from server-based quirkiness. At one point in the test period, for example, all enemies disappeared which made it impossible to follow certain quests. Beyond that, Pirates Saga has few flaws. Navigating your ship by hand can be a little frustrating, but most of the time you’ll never need to do this. The combat system is intuitive, with special shots available to keep anything from getting too difficult. Upgrading your ship becomes critical to finishing quests, as your space for cargo is initially limited. 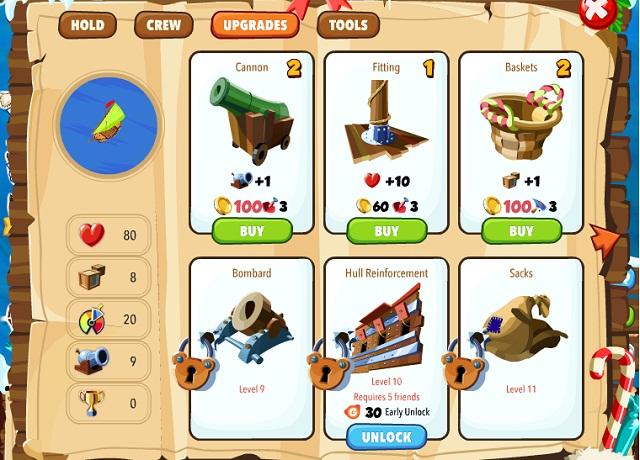 Pirates Saga may look like Pirates Ahoy, but it’s well worth playing on its own merits. As a game purely dedicated to exploring and ship-to-ship fighting, it holds up very well. Right now the game has some seasonal content available, the Christmas Islands, which demonstrate an enjoyably whimsical sense of humor, too. While having friends play the game with you can help speed up your upgrades, it’s not necessary for making progress. Pirates Saga is very close to being exactly what you might imagine when you think about a pirate game on Facebook.