Home / Reviews / Pirates of the Caribbean: Isles of War Review

Pirates of the Caribbean: Isles of War Review 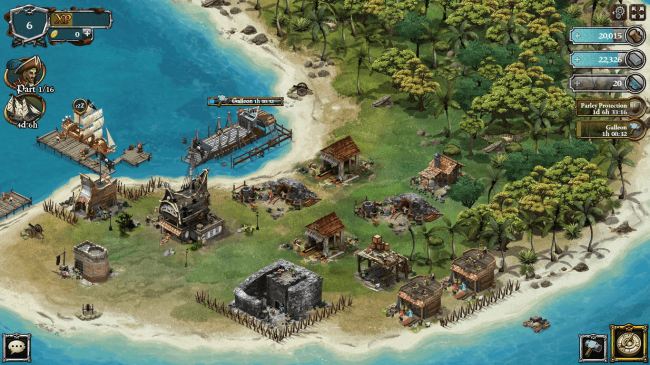 But why is the rum gone?!

It seems sort of blasphemous to say, but old Captain Jack Sparrow got overexposed. Sure, we all love Johnny Depp’s eccentric rogue; it’s just that he wears on you after seeing him in four movies, video games, and everything else Disney has devised. Ironically, Pirates of the Caribbean: Isles of War could use more of Captain Jack or his friends to keep it from turning into just another social RPG/builder with a pirate theme – which it does a little too often.

The shame of it is that the game starts out with oh so much promise. Right after we learn that Isles of War is set before Curse of the Black Pearl, we get a quick reintroduction to Sparrow while we’re learning the click-and-drag controls so we can navigate the high seas. In classic Pirates fashion, Jack ends up deciding that discretion is the better part of valor the first time there’s trouble, forcing the “Two Brave Heroes” chapter to become “One Brave Hero” as he heads the other way. With the familiar music from the films playing in the background, it sets the perfect tone as you begin your adventures. 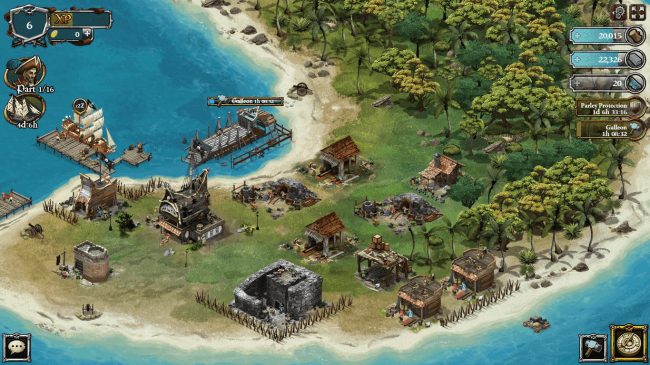 A double cross ensues, naturally, and without giving too much away, let’s just say you end up in need of a ship and Sparrow possibly requires rescuing. That’s when we get down to business learning the builder side of the game, as you set up shop on an island that needs your aid as much as you need its resources. There’s really not much new to see here: you build structures to increase your stores of lumber and iron, while erecting defenses on the island and researching new ships and cannons.

Once you have a fleet assembled, you can set sail into the Caribbean, which is occupied by both NPC fleets and the islands that other players call home. You’re safe from unwanted PvP for several days as a newbie, though you can end that period early if you feel like clashing with others right away. NPCs can be attacked at your discretion since they don’t mess with you on their own: something that eliminates any feeling of danger when you’re sailing around on the world map. 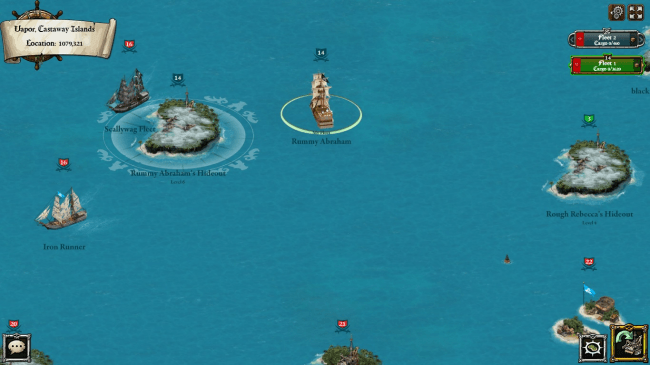 Naval battles see you taking an active role, though they’re not terribly complex. The idea is to use your mouse to control the speed and heading of your flagship in order to maximize the time enemy ships are in your port and starboard firing arcs while minimizing your exposure to opposing cannons. Since you can outfit your ships with guns of different ranges and effects, especially as you progress further in the game, there is some decent strategy involved. But since the other ships in your fleet follow your flagship in a straight line and the bad guys fight the same way, it becomes a weird case of follow-the-leader at sea, and therefore not very realistic.

NPC strongholds can be attacked in a similar fashion, except then you’re dealing with static guns and defenses instead of ships. Either way, victory is achieved by destroying everything on the other side within five minutes, and there’s always plunder in the form of resources and experience points. Leveling up doesn’t do much for your character though, making the RPG side of things feel pretty light.

Quests can give you direction when you need it, and they’re mandatory for advancing the storyline so you can interact with Jack and other familiar faces again. The big problem is that the main quests are very grind-oriented (like when you’re tasked with gathering large amounts of one resource), which breaks up the narrative quite a bit. Or as Joel Hodgson and the ‘bots once sang in their own pirate shanty, “Slow the plot down laddy, slow the plot down!” Gold can help speed things up, but Playdom is pretty stingy with the premium currency and buying it with real money is your only option. 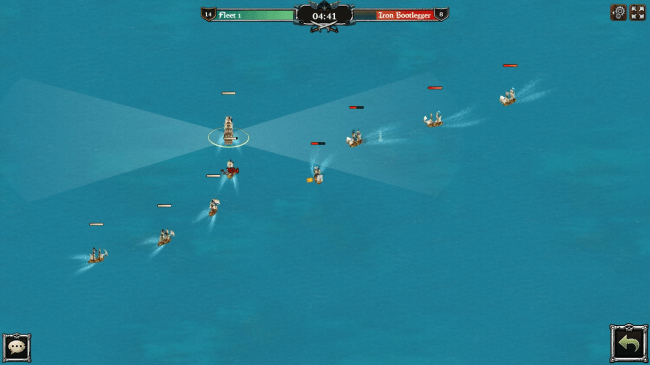 Isles of War isn’t quite eye candy, but it’s not too shabby in that department either. The developers went with a look that makes everything look like it was hand-painted, and there’s a nice sense of motion as people go about their daily routines on your island and seagulls fly by periodically. The animations on the world map and in battles are fluid, and the music, as mentioned before, is a definite highlight.

Maybe Playdom was keeping in mind what we discussed at the top and wanted to make sure the game didn’t lean too heavily on Sparrow, but he’s most of what keeps it from feeling like generic pirate social game number 1,739, and he’s not present enough to prevent it. Play Pirates of the Caribbean: Isles of War with that in mind, and here’s hoping what you get is enough to keep you entertained.