Piratey goodness that just happens to be appropriate for all ages. Tactical combat works surprisingly well in the pirate setting. Full of oft-requested MMORPG features like ship combat, companions and housing.

Combat can be slow when other players jump in during battles. Only a fraction of the content is actually free.

Pirate101 is an MMO that’s aimed at kids, but fun for all.

Once you get past all the looting and pillaging, pirates can be alright people. As evidence, I submit Pirate101, the all ages, free-to-play MMOPG from KingsIsle Entertainment, where players take on the role of heroic pirates in a land of flying ships, anthropomorphic animals and tactical combat. Also booty, but since this is a kid-friendly game, I’m talking about treasure.

As pirates go, the protagonists of Pirate101 fall somewhere in-between Jake and the Neverland Pirates and Captain Jack Swagger.The player characters are teenage orphans, and while combat is a big part of the game, it’s mostly bloodless – guns, for example, fire electrical charges instead of bullets. Protections for young players start form the very beginning, as character names must be chosen from lists, and the in-game chat is restricted by age.

While creating your particular young pirate, you’ll answer a series of questions that help determine your class, some initial stat bonuses, and parts of your personal story. It’s a more organic way of rolling a character than simply checking off boxes, and it is similar to the way the process works in Guild Wars 2. The classes follow the standard MMORPG spread, with Buccaneers serving as tanks, Privateers as healers and Swashbucklers and Musketeers as melee and ranged DPS, respectively. The Witch Doctor is the mage equivalent for those who enjoy slinging spells.

A tutorial mission sees you escaping from a brig and beginning your career as a pirate. You’ll pick up the fundamentals of movement and commanding a ship, but many of the concepts and game mechanics are introduced as you go, which is a nice change from games that throw all of the basics at you at once. There isn’t anything in the way of movement, equipping gear and accepting quests that won’t feel very comfortable to anyone who has spend some time playing MMOs.

Combat is a different story, as the land-based battles in Pirate101 depend on tactical planning instead of quick reflexes. When a fight starts, the view switches to a grid with all of the combatants assigned to squares. Your job is to issue orders to your character and his or her companions (more on them in a bit), clicking on the squares you’d like to move to or target with attacks or special powers. Once everyone has been given a task, your side carries out its’ actions before the enemies respond in kind. 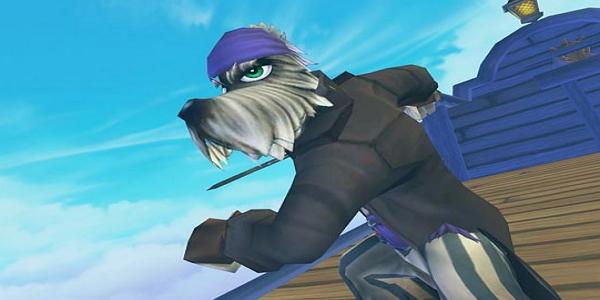 It’s a surprising choice, because you think of pirate battles as chaotic affairs with slashing blades and blasting muskets. But it works nonetheless, in no small part because the combat interface is very helpful, making it clear who can move and attack where and how much time you have left to plan your actions. There’s little doubt it will help younger players be more successful than something more action-oriented.

Open world combat begins when you run into mobs, though there are sidewalks and other paths to help you avoid fights in may places. Other players can also jump into battles in progress to help out, though this also spawns more enemies and can sometimes slow things down to a halt, especially when the other humans are taking their sweet time to issue commands. The loot that drops in chests at the end of battles is split equally among all players, so there’s no need to worry about fighting over it.

Pirate101 does a good job not making combat the be all, end all by avoiding the “Kill X enemies” types of quests. There is a good bit of doubling back between locations, but the ability to teleport back to life fountains (they also revive downed companions) mitigates this to a degree. You’ll also get your own ship fairly early on to fly between far off locales, and ship combat is its own beast, complete with broadsides, special powers and boarding parties. It’s certainly more fun than just running from zone to zone. 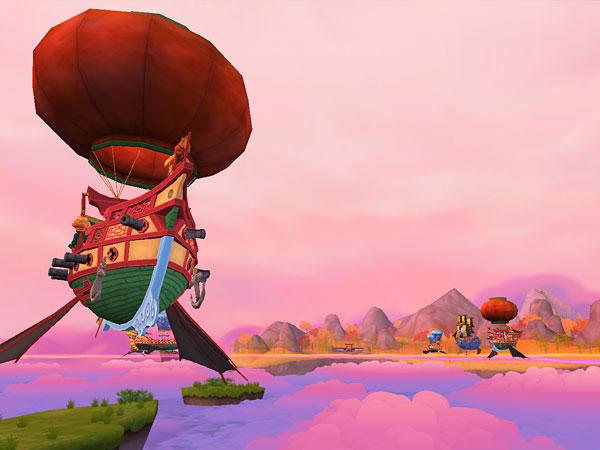 You won’t have to do any of this alone thanks to the game’s companion system. At least one NPC will always be at your side, and you have full control over their attacks and powers in combat. Companions can be leveled up with training points earned when your pirate levels up, allowing for some degree of customization.

Many of the other features you’d find in big budget MMOs can be found here too, including mounts, pets and housing. Whether you’ll get to experience them all for free is unlikely. Like Wizard101, the other KingsIsle title that is also set in the mysterious Spiral, Pirate101 can only be played for free up to a certain point. Much of the game content can only be accessed by spending Crowns, which can be purchased in bundles for real money. A membership option is an alternative for people who don’t want to pay as they go.

A variety of graphical settings mean you don’t need a powerhouse computer to play, though the lower detail levels are a notch below what you’d expect from the genre at this point. What might slow your system down a bit is that many of the game files download in the background as you play. The sound effects are decent enough, and the NPCs who give out quests are all voice acted – something that is practically an MMORPG standard now.

It would be easy enough Pirate101 as a good kids game, but that would be selling it short. It’s a good game, period, and one that manages to get a lot of things right that even expensive MMOs sometimes manage to bungle. If the setting and subject matter sound like your cup of tea, leave your preconceptions behind and set sail with the free download, savvy?