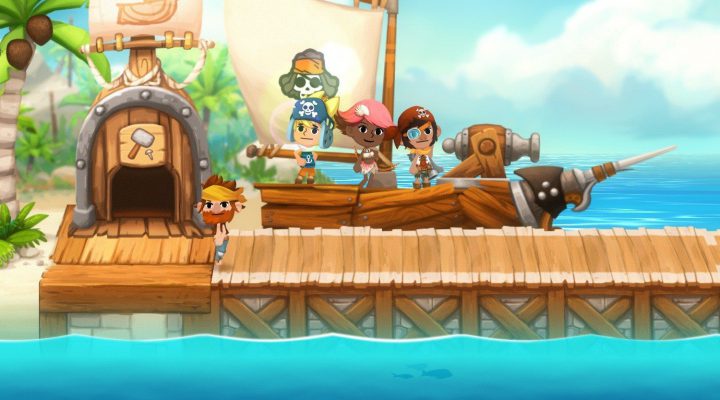 It has cute and crisp graphics.

The characters are well written and genuinely funny.

The ship building and upgrading is well-developed.

Pacing can lead to rapid boredom.

Too many timers equals confusion.

I love pirates. Not the actual bloodthirsty pirates that once roamed the seven seas, but the fun-loving, free-spirited pirates of Monkey Island or Epic Pirate Story. Sure they do their fair share of looting and violence, but at the end of the day, they’re always ready to sit down and have a good time. Pirate Power sets the scene for my favorite type of pirate. With cute graphics and funny characters, the aesthetic of this game is a real winner in my book. Unfortunately, the pacing of the game can leave you feeling a bit seasick.

In Pirate Power, you’re placed in the role of an amnesiac pirate who wakes up on an island with nothing to his name. An island girl, Adel, and her father offer you assistance and your first rickety pirate ship. It’s then up to you to plunder and fight your way to the top of the pirate food chain. Along the way, you’ll meet other pirates, and the majority of the time you’ll have to defeat them to continue along in the story and unlock new parts and characters. Most of these pirates will eventually join you if you can acquire enough of their medals to unlock them, so it’s nice to be able to turn old foes into new friends. 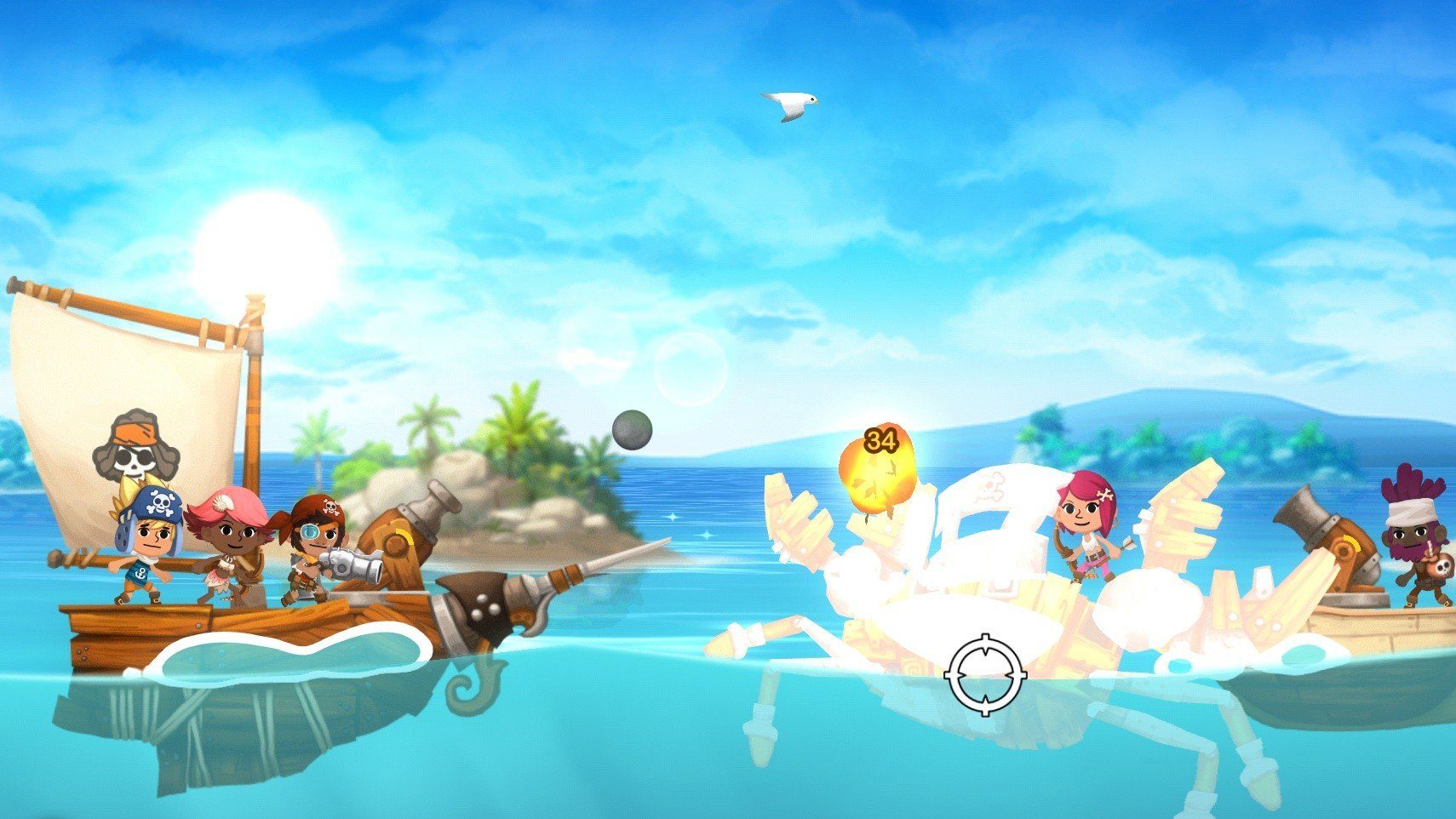 Most progress in the game comes from battling enemies at sea, and this is where Pirate Power starts to get a bit stale. Instead of one big battle between you and your enemies, you typically have to fight them in a series of 5-10 battles, with each one harder than the last. The last battle culminates the in enemies defeat and then the story continues. What makes this frustrating is that there isn’t a ton of strategy involved in battles.

You don’t fire your weapons yourself. Instead, you swipe to where you want your weapons to fire and draw a target on the enemy vessel. After that, you just have to wait until either you or the enemy sink. There are special powers that allow for special moves like a multiple cannonball volley, or a swordfish friend to attack your enemies. However, you’re best off just using them immediately, and there’s no timing aspect involved. This leads to each battle coming down simply to whose ship has the best stats, which also means you have to upgrade constantly. To continually upgrade, you need to defeat enemies for materials and sell fruit for gold, so you get stuck in a loop where the game starts being more work than play.

Timers are unfortunately also a hindrance in Pirate Power. I’m not inherently opposed to timers when they’re a simple expression of “either wait or use premium currency.” That paints a fair picture that isn’t hard to keep in mind. However, Pirate Power has several timers and-and energy meter that can make it super hard to remember just exactly when you can play again. You have to wait for your fruit to grow, you have to wait to sell it, you have to wait for your energy to fill back up, and it can be a chore to play the game efficiently and continue moving forward. There are notifications available, but I for one like to keep my games separate from anything else on my phone as there’s nothing more annoying than thinking you’ve gotten an important notification, and it just turns out that your bananas are ready for harvest.

It’s a shame that Pirate Power doesn’t have better pacing. The characters are funny and well designed and written, the upgrade and ship building is attractive, and the good overall aesthetic kept me grinding even when it became a chore. Pirate Power is probably best played in short bursts where the gameplay doesn’t have a chance to become monotonous, and if you’re looking for a quick escape on the bus or at lunch, Pirate Power is an enjoyable experience. For those looking for longer gaming sessions, though, you may want to get your pirate fix elsewhere.