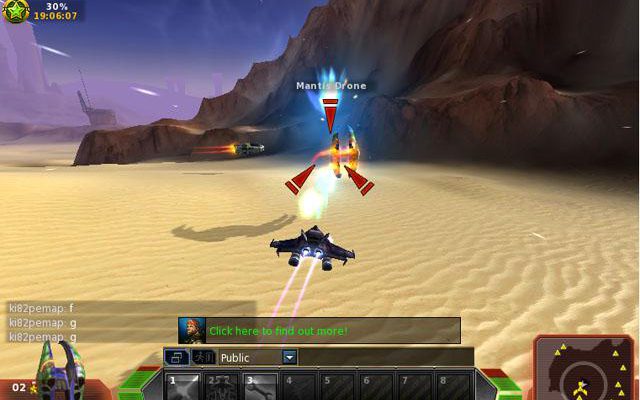 For a game about space-faring pirates, Pirate Galaxy is surprisingly run of the mill

Pirate Galaxy is a browser-based free-to-play MMO that’s making itself available on Facebook like so many others. There are a few unusual things about this particular game, though. For one, it’s written completely in Java instead of the usual Flash, so you may find yourself having to do some Java installs before you can play it. The game’s theme is pure science fiction, with the player controlling a spaceship instead of any sort of human avatar. The 3D graphics create some extremely impressive landscapes compared to most things you’d see on Facebook, but the gameplay itself is fairly standard.

Where most space-faring MMOs want to cast you as a doughty colonist or a heroic space marine, Pirate Galaxy lets you play as one of a handful of desperate human space pirates who are fighting a race of aliens called the Mantis. You begin with a very basic ship you can slowly improve through a series of tutorials that teach you how to navigate the 3D world and fight enemies. Pirate Galaxy‘s user interface is extremely simple and standard, which therefore makes it mostly intuitive. The worst that can be said about it is that the camera has an annoying tendency to try and center itself behind your ship, regardless of where you’re trying to instruct it to go with the mouse. 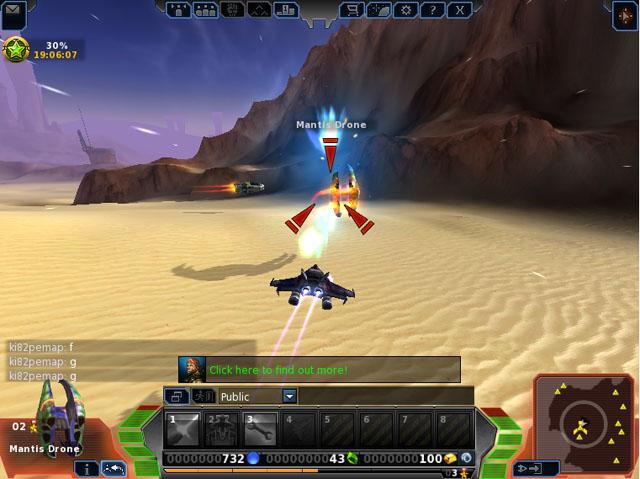 As you level up, you can begin customizing your ship with your own paint jobs and improving its loadout with new weapons bought using the spoils of your victories. Quests in Pirate Galaxy begin with very simple “kill 10 space rats” sorts of instructions and eventually offer more complex tasks like smuggling ore, escorting ships, and racing other players. PvP and other typical MMO features like guilds are available, along with an unusually robust in-game chat system. During the test period, no quests were encountered that required grouping to clear.

Pirate Galaxy is something of an old-fashioned MMO in some respects, so there are some aspects of the game that demand patience. Travel from place-to-place is slow, especially in the early game when your ship is without upgrades. Navigating around the giant mountains and canyons of the world map can be genuinely frustrating. The planet you explore has an empty quality to it, which makes travel tedious. No enemies were encountered during the test period that would act aggressive toward a player, which only enhanced the feeling of emptiness in the world. 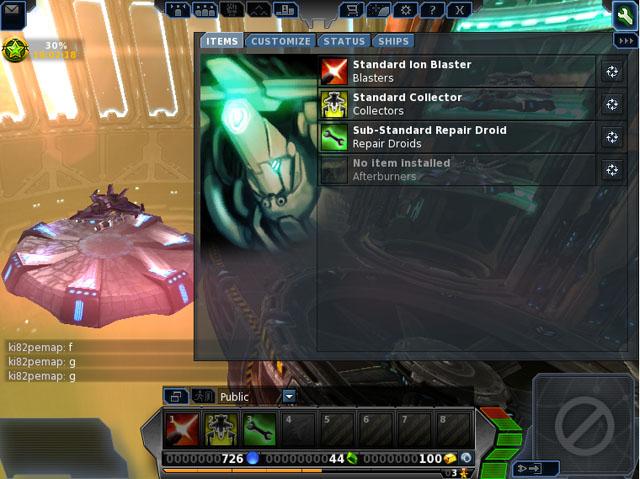 That said, Pirate Galaxy‘s MMO gameplay is completely solid and can be very enjoyable. The visuals are extremely immersive, though the game is hampered somewhat by having an interface that is slightly too large for its Facebook window. You have to scroll just enough up and down to access certain tabs that it’s genuinely annoying. Still, this never did worse than make me wish I was playing the game in its standard client rather than on Facebook sometimes. Pirate Galaxy still has plenty to offer a fan of free MMOs who wants to enjoy a browser-based game with a lot of atmosphere and freedom.