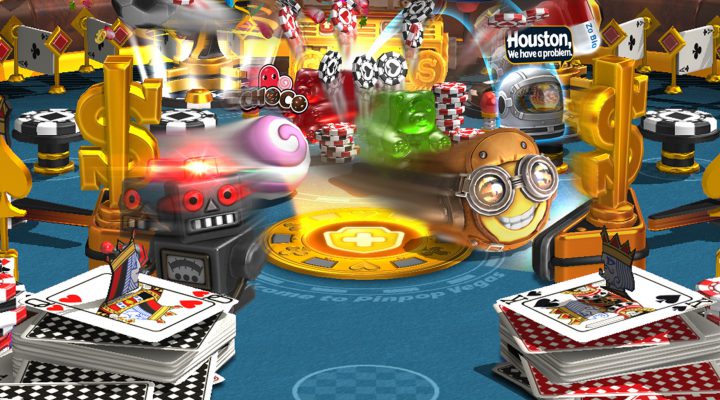 PvP offers some novelty to the pinball experience

Will feel familiar to casual players

Easy to learn and play

Bloated feeling with too much going on

With the exception of the eponymous late-80s hair band, I am generally wary of anything that has the word “extreme” in its name. Announcing your extreme-ness really functions as more of a warning than an invitation. In the case of Pinpop VEGAS: Extreme Pinball from Nexon, a warning is indeed warranted. Be prepared to face overblown scenes, hectic effects, a massive battery drain, and a nagging feeling of empty entertainment, not unlike the experience of Las Vegas itself.

Pinpop’s story mode will feel familiar to casual gamers as they advance on a map, unlocking one scene at a time by collecting stars. Areas include a Village, Mine, Ruins, Scorching Desert, Pyramid Alley and Dark Castle. Within each area, the pinball board reflects the theme and includes different types of goals such as lighting up squares or hitting specific targets before a countdown timer runs out. None of the challenges are particularly engaging or innovative, and all of the scenes feel bloated. If you run out of time, you’ll lose a heart which you can request from friends or buy. While it’s free-to-play, Pinpop VEGAS operates on a recognizable monetization system of energy (hearts), soft currency (gold) and hard currency (gems) where you’ll need all three to meaningfully progress. 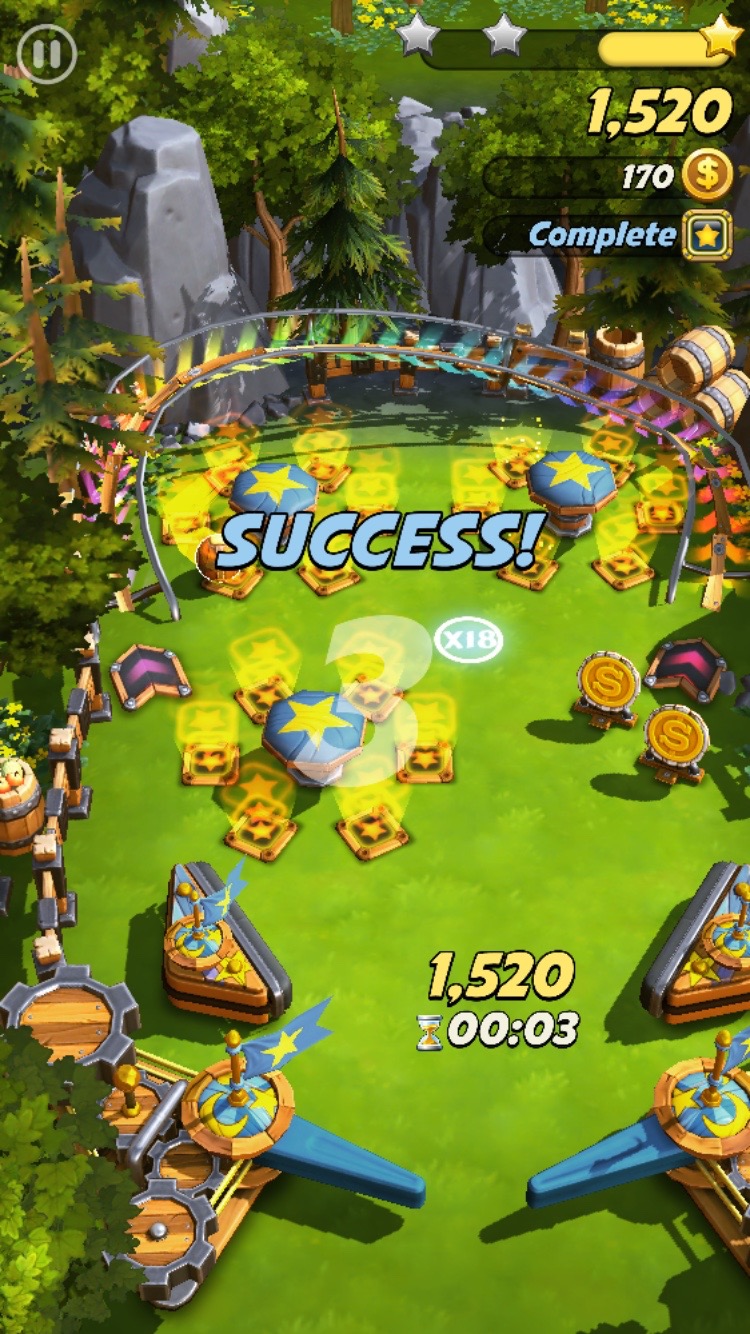 The novelty of pinball PVP might attract some competitive players. Entering a “Duel” costs gold with payout multiples of your entry fee. Competitors spin by as if in a slot machine, and you’ll tap to stop the spinning and land on your enemy (who is random anyway). Actual “battling” consists of trying to score the most points in 25 seconds, while earning bonuses that allow you to attack your competitor. If you win, you’ll earn the pot of gold. While the game claims this is happening in real time, there isn’t any meaningful feedback to show that it’s real time; it could just as easily be showing points accrued from an asynchronous battle. 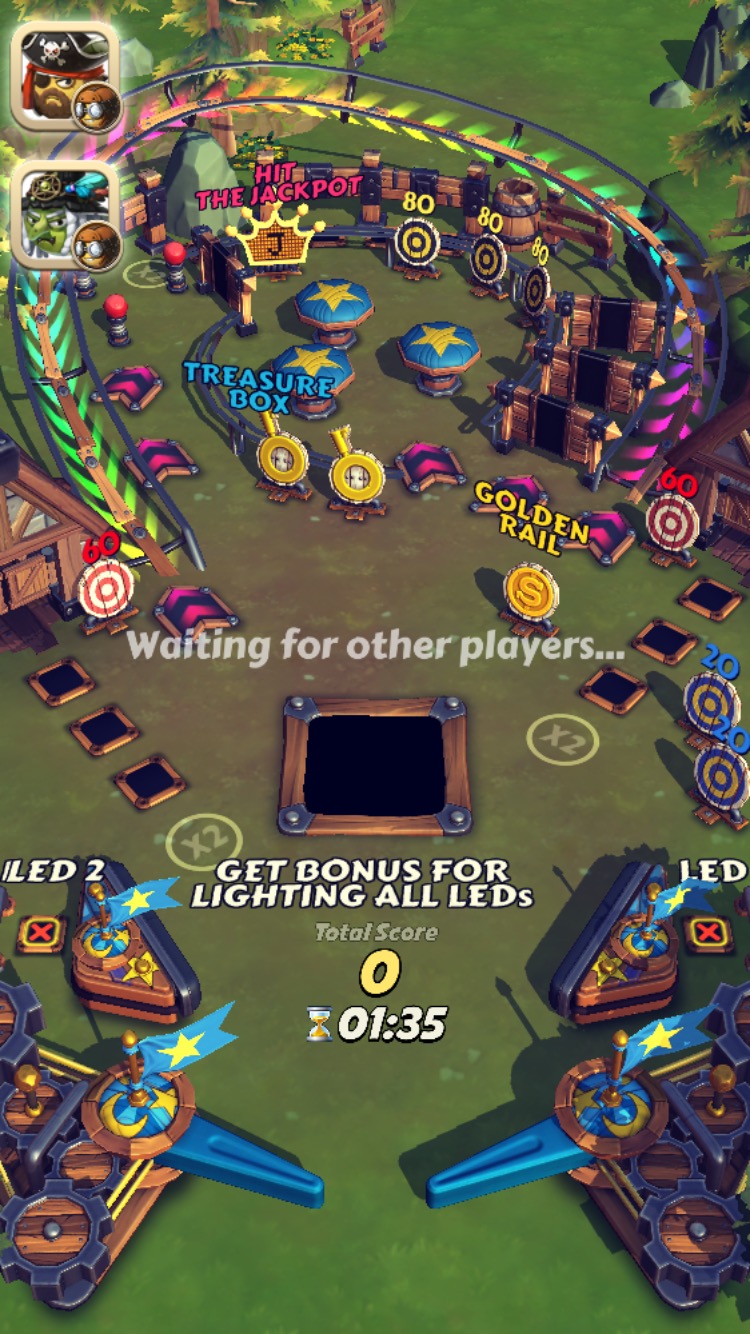 If you’re the collecting type, you can unlock and collect different balls and avatar frames which appear to be aesthetic only, in that they don’t actually offer any performance enhancement. However, the cartoony style of the art isn’t particularly unique- nothing is notably cute or idiosyncratic enough to inspire that collecting urge.

Casino gamers might be tempted by the slot machine that is offered. However, there is no payout chart so you won’t have any idea what you’re hoping for or what it might be worth. It’s a one-line machine and the cost is progressive, so while each turn costs more, the odds and payouts appear to remain the same. Like all sketchy things, the first pull is free. But don’t bother spending cash if you want another round; just take advantage of the opportunities to watch ads, or wait for the next daily free pull. 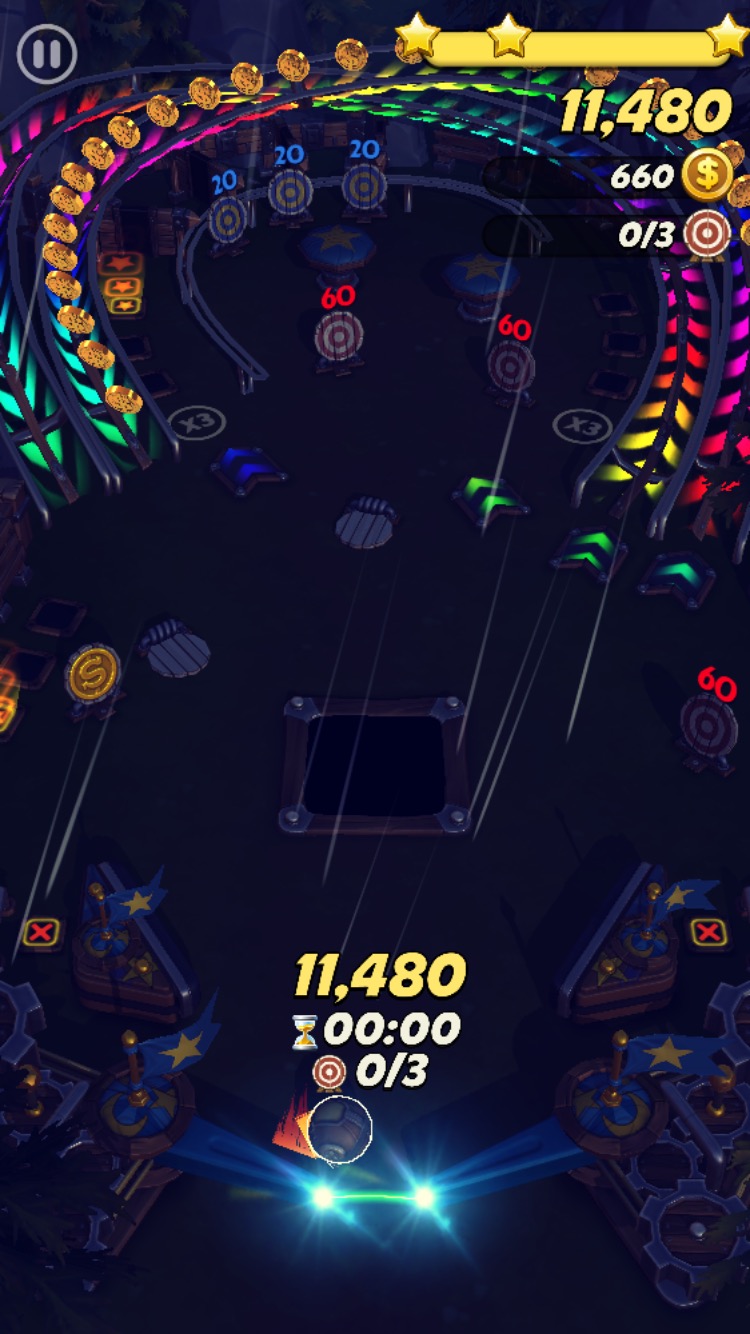 The game is glitchy, flickering in and out at least once every stage (and not flickering like the lightning effects shown above, but an actual white screen). The ball is heavy and slow, with a lag that often feels like rolling a rock through a snowdrift. If you fail a level, you’ll be unceremoniously frozen and booted out. But the game is free-to-play so if you’re a massive pinball fan and looking for another spin, Pinpop VEGAS is a low-risk download, with the exception of how notably fast the game will drain your battery and the occasional server timeouts.

Just like Las Vegas itself, Pinpop might be fun the first day, but you’ll likely be ready to quit by the end of the weekend. If you’re looking for a truly spectacular free-to-play pinball game, we recommend PinOut.