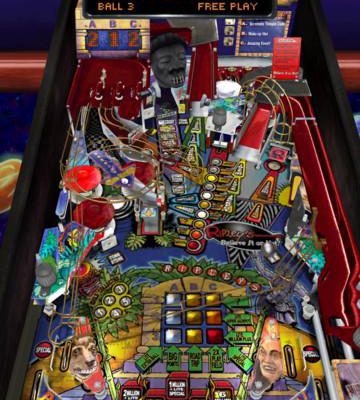 Arcades aren’t quite as common as they were thirty years ago, but you can now relive some of the fun had with the pinball machines of the age in Pinball Arcade. Just as in the Gottlieb and Williams Collections found on consoles, Pinball Arcade brings a lot of these classic, original tables to iOS.

Perhaps the most important aspect of porting pinball tables to video game form is the realism. If the experience is about as real as being able to smell the overly greasy pizza, hear the laughter of other players around you, and bashing on a pinball machine until it submits to your will, it can certainly make the experience much more riveting. Pinball Arcade accomplishes all of those, and in a package that makes sense for a game of this kind.

Taking the Zen Pinball approach to purchasing the tables makes a lot of sense, in that you can download a free version and unlock the tables a la carte. The tables at launch consist of The Tales of Arabian Nights, Theatre of Magic, Black Hole Pinball and Ripley’s Believe It or Not! Being able to play these games at your convenience is nice, but it doesn’t come without some complaints. The pricing scheme is a bit confusing, in that all of the tables come in at different prices, scaling at a dollar each. It does make sense that the Ripley’s Believe It or Not! table costs more than the rest (due to licensing issues), but more consistent pricing is preferable.

Setting the complicated pricing scheme aside, all the tables play great and are as accurate as you can get when it comes to a digital conversion. The ball physics are extremely realistic, and allow for all of the tricks you may have learned playing these games in the arcade. While Zen Pinball plays a bit quicker, the slower pace of Pinball Arcade is definitely preferred for anyone who has played their fair share of the real deal. 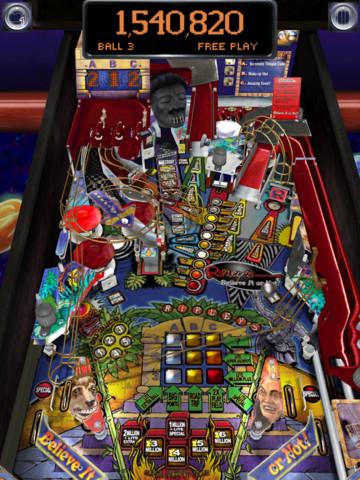 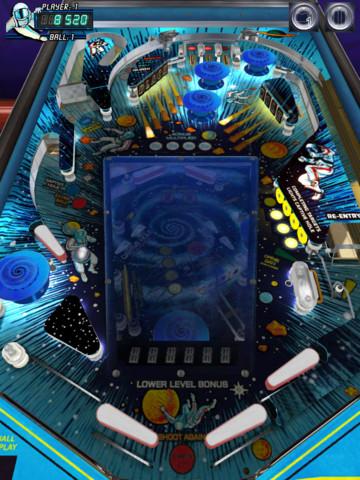 Having true-to-life physics isn’t the only aspect that makes these tables feel real, as the sound and graphical styles mesh just as you might expect, with blinking lights and voiceovers galore.

Leaderboards are supported as well, as long as you have a Facebook account. Why the developers did not opt for Game Center is mind-boggling, simply because you’re much more likely to find those friends in a game than those on Facebook. Being able to compare high scores with friends is definitely welcome, however.

Pinball Arcade collects a few of the best known pinball tables of old and brings them back to life in a stunning manner. Being that there is a free version you can play for at least a little while before ponying up, it’s definitely worth a try to anyone curious. Don’t let the confusing pricing scheme put you off either; this collection is worth it at almost any price. Besides adding more classic tables (Medieval Madness, please!), there’s not much FarSight Studios could do to make the experience more real.