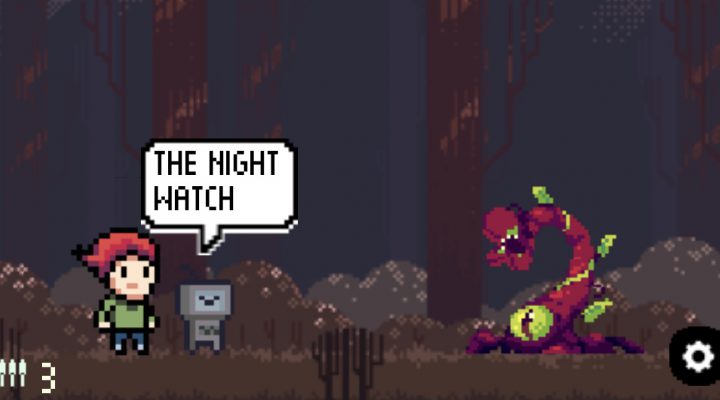 Questions can be quite niche

Phrased Out certainly has an interesting central concept. It’s a puzzle RPG, but instead of matching stuff, you’re playing a game of hang-man. There are creatures you need to take down, and to do it you’re slotting letters into place to answer a question. It’s a bit like Wheel of Fortune, but with a robot and some giant rats.

There’s definitely a lot to like here, but the game isn’t without its problems. Quite often you’ll get frustrated with certain aspects of the experience, to the point where you’re probably going to give up. And that’s a shame, because Phrased Out has a lot of potential as a solo word game.

The story here revolves around an amnesiac robot. It’s had its chips removed, and you need to help it find them all. They’ve ended up stuck in various creatures and objects for yet-to-be-revealed nefarious purposes. And the only way you can get them back is by finding the password for each chip. Cue the word games.

You need to solve puzzles to do damage to the creatures and take the chips out of them. A bar at the top of the screen counts down as you fill in letters – if it hits zero the creature will attack you. You’ve got a set number of chances to pick letters and if you use them all up it’s game over.

There are power-ups you can use too, to stop time, add a letter to the word you’re looking for, or give you a brand new puzzle. You can spend the coins you earn to get new power-ups, give yourself more chances and loads more besides.

The robot is supposed to give you a hint for every puzzle. You’ll be told that it’s in a generic category, like video game or science, and the hint gives you additional information so you can solve it. The problem is, quite often the hint is obscured. You’ll see a couple of words of it, but the rest will be hidden.

There’s no way to scroll or see the whole hint, and that can leave you completely stuck. It’s really annoying, to the point where some puzzles are basically guess work until you either stumble across the answer or die.

It tarnishes the whole experience, and is likely to leave a bad taste in your mouth. Phrased Out could have been a really entertaining word game with a solid story and enough twists to keep you engaged for a good long while. Instead it turns into a cumbersome trudge that you’re likely to abandon sooner rather than later.