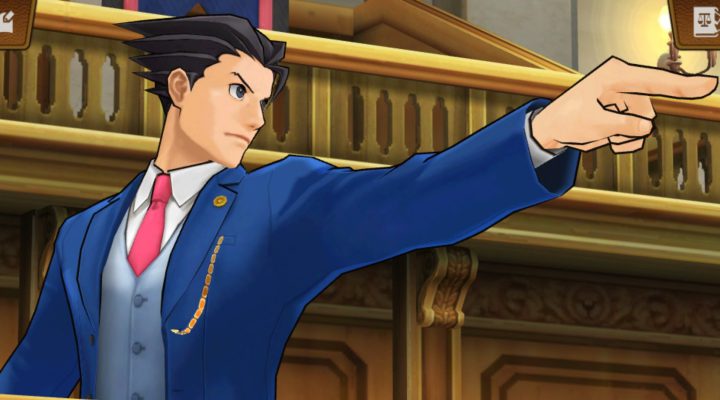 Characters and style are as great as ever.

Some of the puzzles are still frustrating after all this time.

Maybe more gruesome than some are expecting.

Mobile ports of Capcom’s handheld games aren’t new. Even the Ace Attorney series itself, a collection of courtroom comedy dramas starring an assortment of bombastic anime lawyers, has graced tablets and smartphones in the past. That said, Ace Attorney: Dual Destinies easily one of the quickest to make the turnaround, and perhaps in part because of the smaller gap in technology it’s also, easily, the best.

Dual Destinies starts like most every game in the franchise. The story starts in the “Dark Age of Law” brought about by events between the Apollo Justice games and this one. You’re thrust into a case with almost no foreknowledge, and expected to figure it out using only the evidence already present. You can press witnesses for details, and call them out on contradictions just as before. New to Dual Destinies is an emotional guessing game, which isn’t too terribly difficult, but besides that you’ll recognize most of the game if you’re familiar with its predecessors. 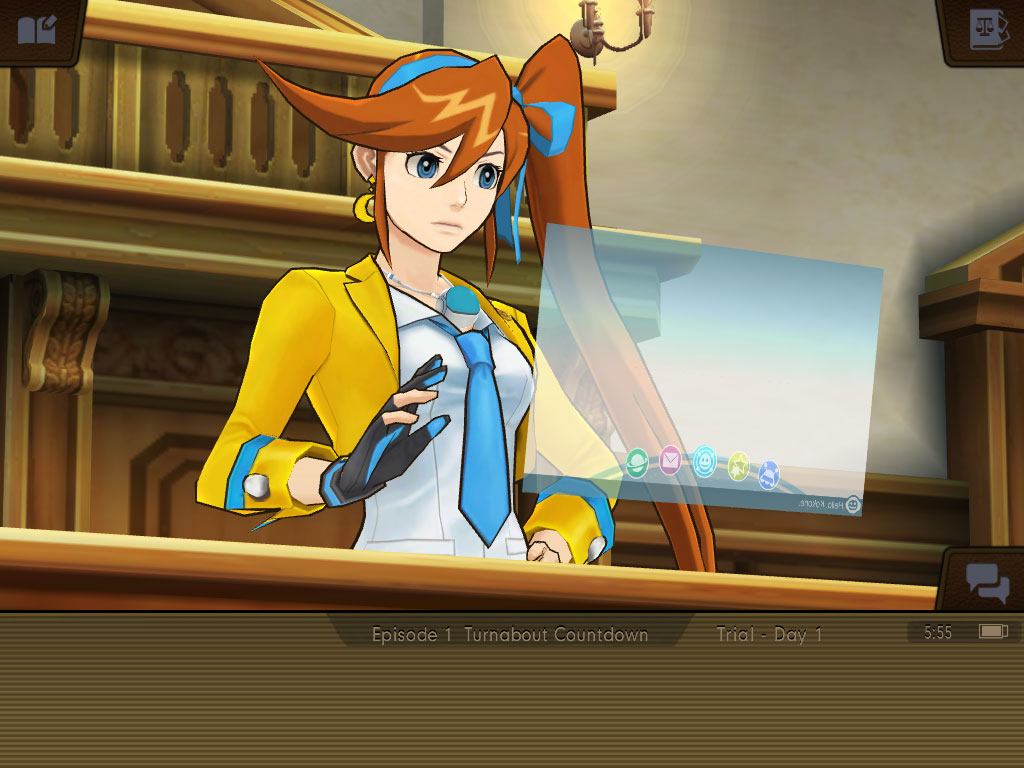 What won’t seem familiar, at first, is the transition to full 3D. Previous Ace Attorney games were rendered as hand-drawn art – thanks to their origins on the Game Boy Advance – but this new installment features actual character models.

It was a bit jarring, at first, but Dual Destinies does a remarkable job of emulating the posture and movements of the returning characters. They move in a herky-jerky manner not unlike the single frame animations of previous games, but there’s a “bounce” to each slammed fist and waggled finger that feels fluid just the same. It’s a line the game walks carefully, with an attention to past detail that’s lovingly paid. It may seem like a minor note, but Ace Attorney has always depended largely on the over-the-top personalities of its characters, and thanks to the fuller range of motion afforded Dual Destinies, it’s more pronounced than ever. 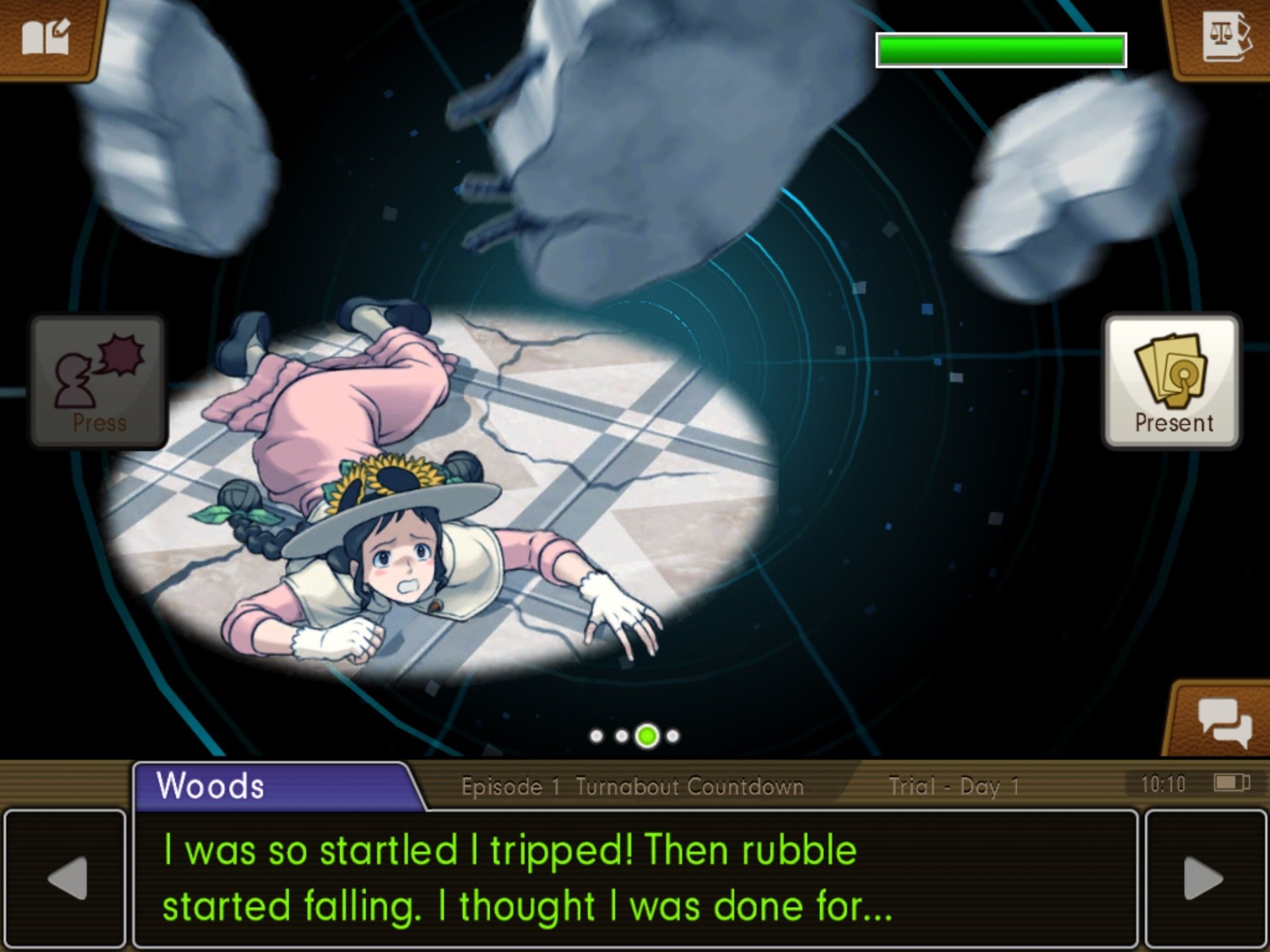 Speaking of which, those personalities are all here – including Phoenix Wright himself, the star of the first three games. After a lengthy absence as a playable character, Wright is the focus once more, and I must say it feels… right. Apollo Justice is a great character, but the spiky haired defender of innocents was always the one, true leader of these macabre comedies.

Speaking of which, the trademark duality of murder and mirth is back, too. If you’ve never been able to reconcile the slapstick and wordplay with the piles of dead innocents, Dual Destinies isn’t any more for you than the previous games. In fact, the new 3D graphics and anime cutscenes add an extra layer of gruesomeness to the proceedings. It was enough to get the game an M rating, and seeing a fully rendered, high resolution shot of an innocent cop’s corpse while reading out bald jokes is perhaps a bit harder to cope with than before – and just as integral to what makes an Ace Attorney game an Ace Attorney game. 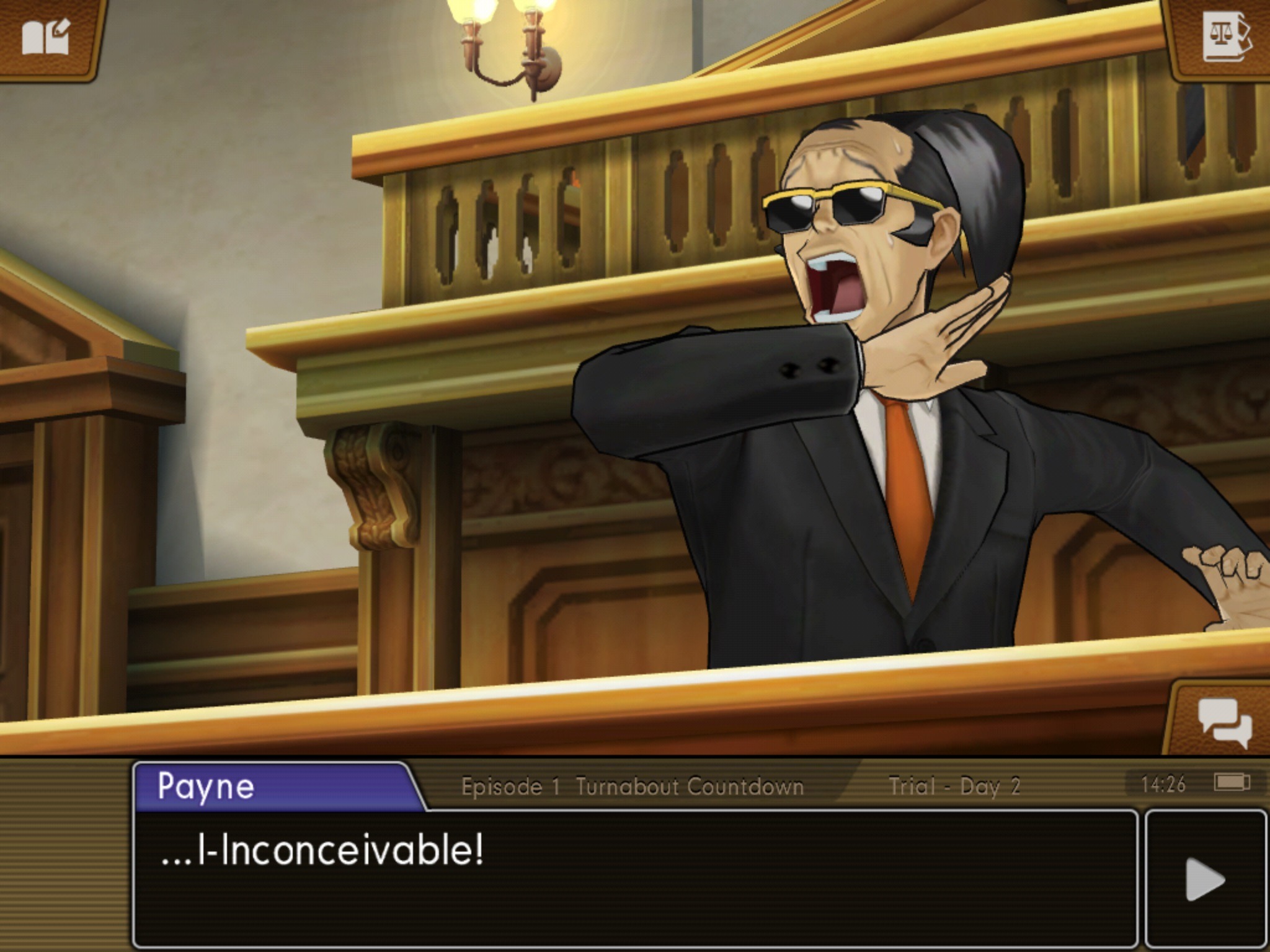 Beyond the courtroom and its horrors you will, of course, be expected to investigate crime scenes. The objective, as ever, is to clear each room of evidence in the appropriate manner until you’re whisked back to the courthouse to use it in your arguments. It works pretty much as before, with the benefit of a much more solid port than previous games on mobile.

While the Phoenix Wright trilogy on tablets was a fine enough way to play the game, it never felt truly designed for the platform. The screen hung off at weird aspects, and the art never looked like it was meant to be blown up to such a size. Dual Destinies feels right on my iPad Air, and perhaps even like the best version of the game overall, considering how gorgeous it looks on the bigger screen.

Also, while it’s not unique to this version, the music is in top form as ever. Ace Attorney games are about the thrill of finding that one, small clue that unravels the prosecution’s entire case, if only for a moment. Part of why this works is because of the series’ excellent score, which thumps and swells with appropriate “Hell yeah!” tempo when you get it right, and slows down to an otherwise catchy canter. In many ways the music feels like the actual reward for a job well done, rather than the cutscenes and character plot revelations (though those are rewarding in their own right).

The mobile version of Dual Destinies is pretty much precisely what you want from this sort of port: it’s precisely the same game, with a few visual improvements thanks to the hardware. It’s even about the same price as a used copy of the 3DS version, at $4.99 a chapter, or $14.99 for the whole thing, with a standalone episode thrown in as DLC (the first case is free, as with most Capcom ports). 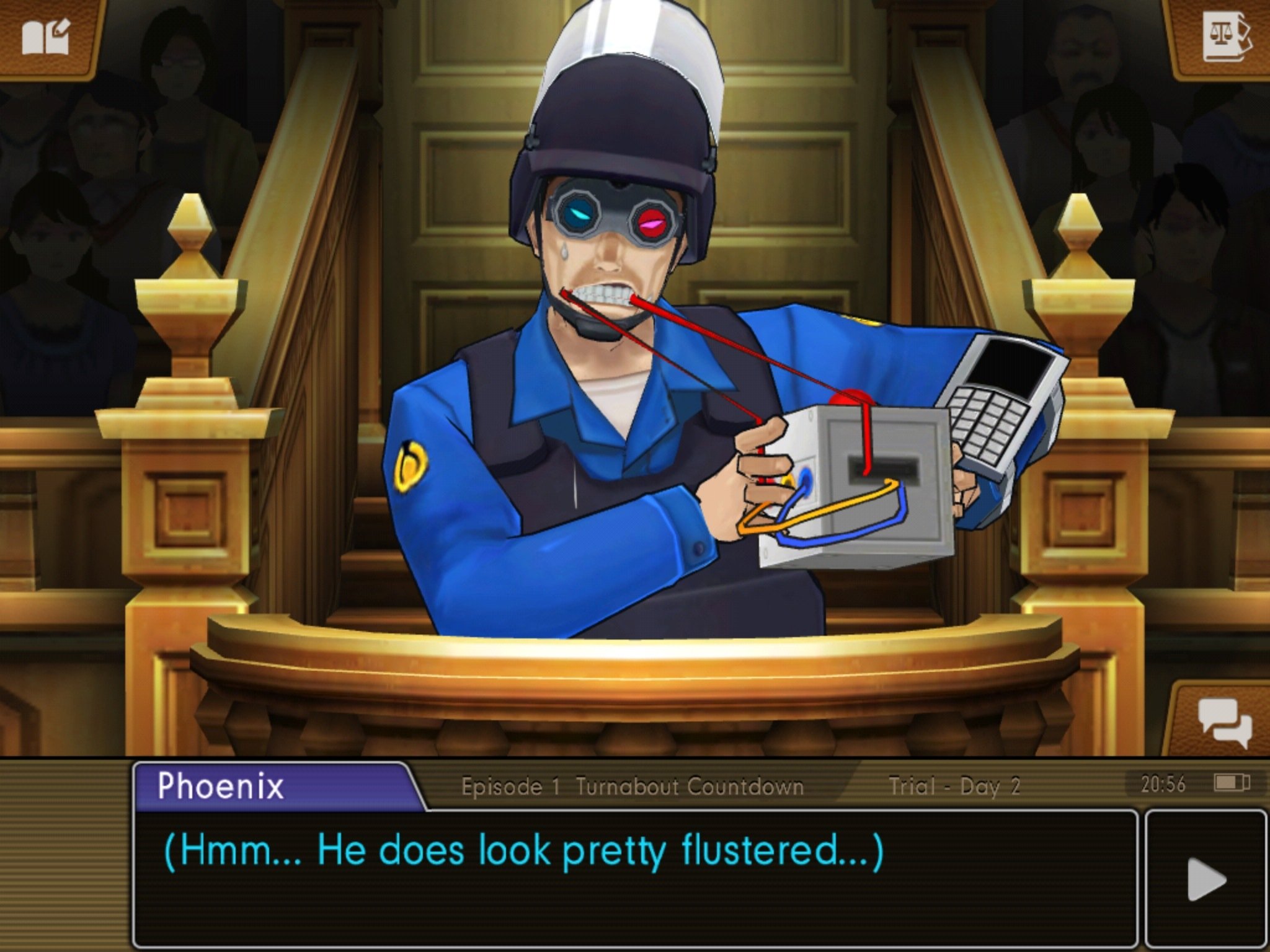 The only real downside is that the Ace Attorney series’ flaws are pretty much the same as they’ve been since the first game. Picking the wrong piece of evidence, even when you could present a perfectly logical argument for why it contradicts a witness’s testimony, is still incredibly frustrating. The same goes for selecting the exact detail in a photograph that needs to be brought to the court’s attention, and not knowing what sequence you’re supposed to investigate a crime scene in. All of these are minor gripes in the face of such a joyously bizarre world, but after so many years I feel as though something could have been done by now.

If you’ve made it through Justice and Wright’s previous misadventures you’ve likely already learned to cope. If not, this probably isn’t the best place to start anyway, as it really helps to know the characters ahead of time. If you’re one of the former, however, this is an excellent new addition to the franchise, and perhaps the best version of the game so far.