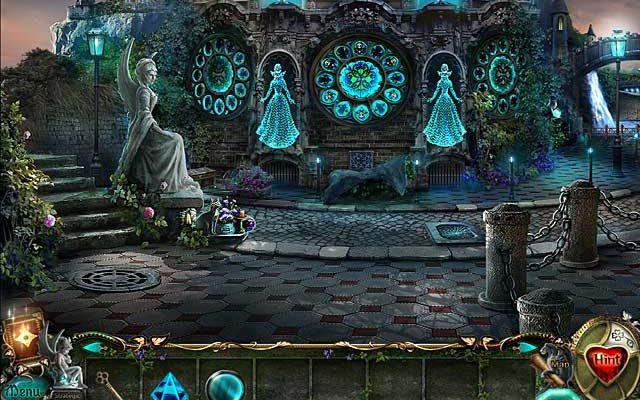 Phenomenon: City of Cyan offers a sci-fi twist on hidden object games, but falls short in a few key areas

Why aren’t there more sci-fi hidden object games? Is it because the genre’s innately historical, and sci-fi is generally futuristic? Or is it that hidden object games are mostly played by women, and women don’t gravitate toward sci-fi? In any case, it’s a shame more games don’t adopt sci-fi’s unique themes. Then again, the new hidden object adventure Phenomenon: City of Cyan gives it a shot and fails miserably, thus demonstrating how difficult changing genres can be.

Before we start, let me state for the record that I’m not happy to report City of Cyan’s failure. I’m a real sci-fi fan, and as such, was excited to see the game’s bizarre, quasi-scientific storyline. It seemed to promise a new kind of hidden object experience, and the woman at the core of the story, Monica Dipp (yes, seriously) had the potential to be pretty interesting. Born of a brilliant, mad-scientist mother, Monica alone survived the disastrous effects of her mother’s cyan plasma experiments due to a rare, heart-shaped pendant. Two decades later, Monica and her pendant return to the abandoned city to search for the cause of the disaster and for the truth behind her mother’s disappearance. Unfortunately not only is Monica not as brilliant as her mother, she does her best to be totally irritating. 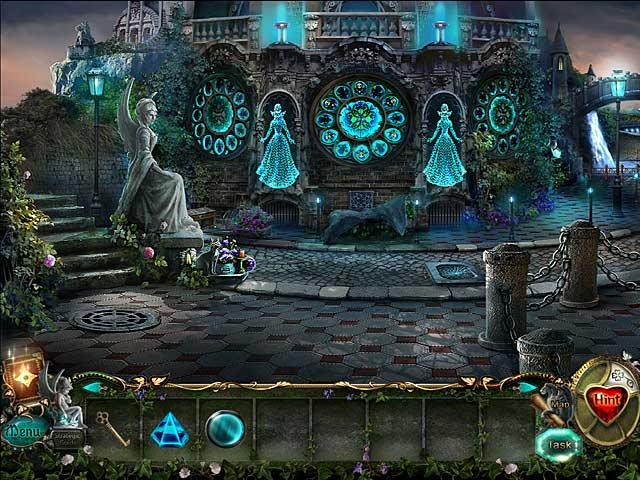 The main reason this hapless heroine rubs me the wrong way is her voice. Many hidden object games side-step the whole voice issue by making the dialog text-only. Since voice generally adds a lot of life to a game, I usually give bonus points to the ones that employ voice-acting – but in this case, I just can’t. The actress playing Monica is the epitome of lifeless, heavy-handed, wooden—her performance is frankly, embarrassing. You can click to abbreviate most of her droning, Kim Kardashian-like voice lines, but listening to the ones that aren’t clickable is utterly painful. And the goofy voice casting doesn’t stop there. There’s also this cheese-ball narrator—I’m not even sure who he’s meant to be within the story—who sounds a little like George Takei (Mr. Sulu on the old ’60s Star Trek TV show) after downing a few limoncellos.

If the problems stopped there, Phenomenon: City of Cyan wouldn’t be that bad off. Unfortunately, both plot and gameplay are as flawed as the voice acting. After the initial “science-Apocalypse” and “search for your lost mother” things kick off, your main objective quickly becomes ambiguous. Although you receive smaller tasks of sorts from a mysterious old man and from various hologram-ish entities, these tasks don’t make a lot of sense, at least not within the context of your overall goal. And after an hour of playing, you forget what the heck you’re doing in the City of Cyan and just go from random place to random place, looking for stuff. 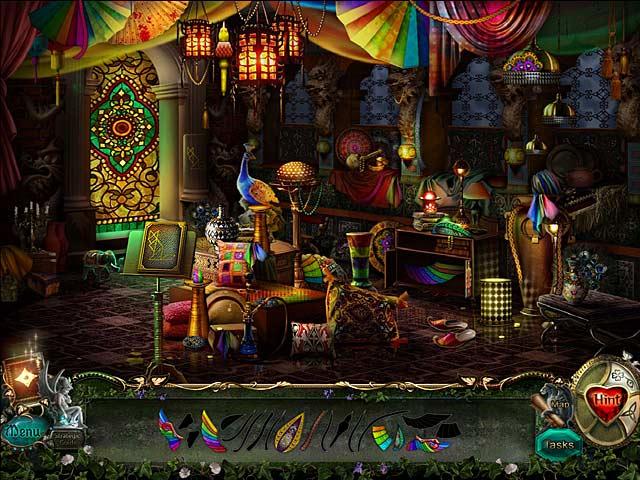 Related to this, you’re often activating things and finding out why only after they’re activated. In fact, most things you do seem to lack logical motivation. Perhaps the game’s makers realize this too, because they give you both a task list and an objective map, presumably to prevent you from spending hours wondering what you’re meant to do next. The game’s overall sense of randomness undermines the idea of using your wits to determine progression, and could make many gamers over-use the map to march mechanically through the game. On top of objective and item-usage issues, the game’s puzzles are also handled strangely, and often take no thought whatsoever to solve. Many merely ask, “Can you take direction?” by offering long lists of step-by-step solutions like a recipe for you to follow.

Other odd things about the game: 90% of the time you’re playing in first person, but on occasion, you’ll have a weird out-of-body experience wherein you’ll suddenly be looking down from a distance, on something you should be riding in (like an elevator or a tram car). It’s not clear why this happens, but it’s definitely jarring. Just as jarring is the game’s anticlimactic, fast and unsatisfying ending. When the game ended, I actually thought I was missing a chapter and even clicked through the in-game strategy guide to confirm that the quick, crummy scene I’d played was indeed all the ending I was ever gonna get.

As you’ve probably guessed by now, Phenomenon: City of Cyan is not my favorite game. In the interest of fairness however, I’d like to mention what it does do well. For one thing, it has some really beautiful and colorful (some might say “rainbow-like”) graphics. These are really quite amazing, but considering the game’s other problems, they’re a bit beside the point. Second, it has some interesting ideas in regard to putting mini-games inside hidden object scenes. Third, its interesting map overlay mechanic actually makes the objective map more than a reference point, and part of the gameplay.

Despite this handful of good elements and its unusual sci-fi premise, Phenomenon: City of Cyan just doesn’t gel. Hobbled by a poorly-told, confusing story, lackluster puzzles, an arbitrary approach to design, some seriously awful voice acting and a bad ending, it falls far short of the successful hidden object experiment it aims to be and becomes instead, an experiment gone horribly wrong.