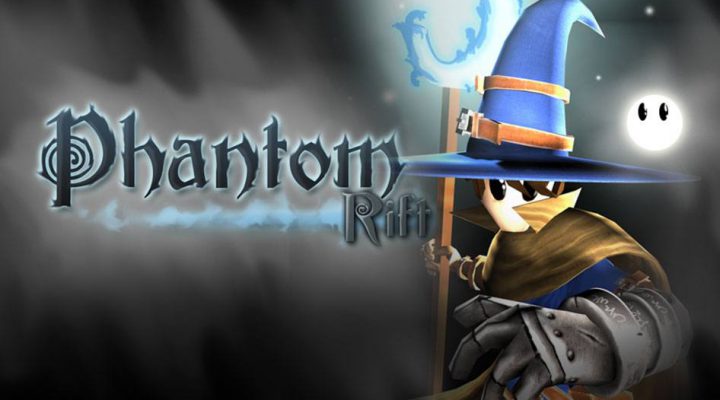 The balancing with the spells keeps each fight feeling unique.

Outside of combat, the game feels thin.

Confession time: I’ve never played Mega Man Battle Network. Chances are, neither have you. This isn’t a cardinal gaming sin by any stretch (could you imagine if I’d said I hadn’t played Mega Man 2? The horror!), but it does put me in an interesting position to review Phantom Rift, a game that shamelessly borrows MMBN’s core concepts.

If you’re part of the team responsible for Phantom Rift, I’m afraid you’ll have to take that as both a compliment and a slight. The core mechanics of the game are a blast to play, but everything around it just feels… undercooked? Incomplete?

Phantom Rift takes a great idea, builds it into some strong core gameplay, but fails to build the supporting elements that would keep players entertained for the long haul. 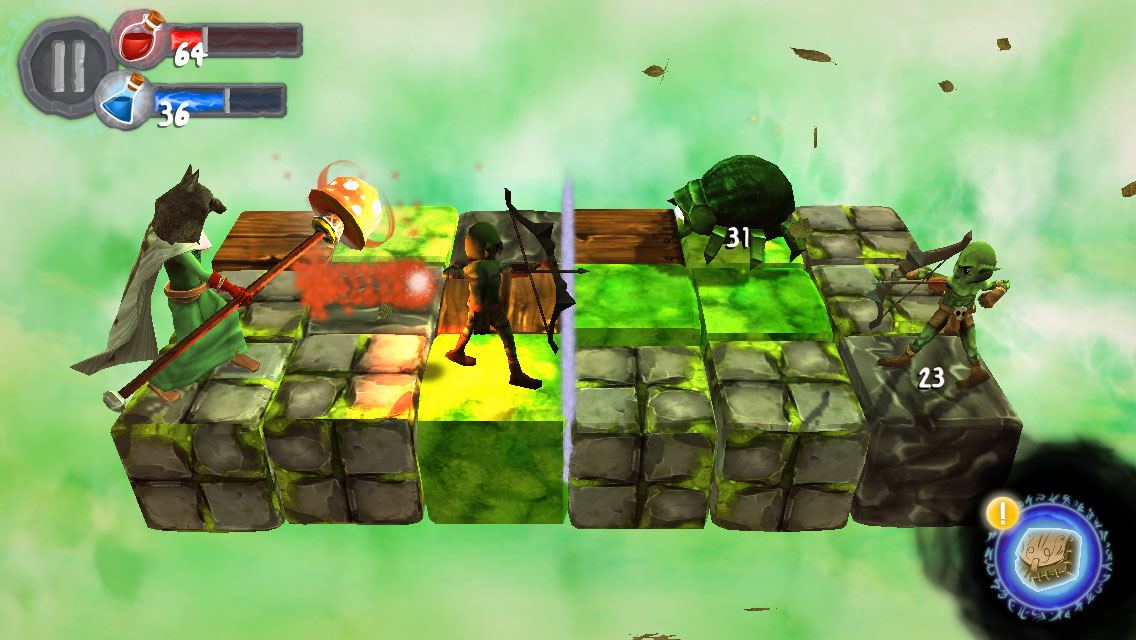 Players step into the shoes of a wizard who finds themselves in a strange realm. They’re trying to make their way back home, and must explore a world filled with violent fantasy creatures along the way.

Instead of being a game of pure combat, though, Phantom Rift mixes fighting with strategy. This is where the game takes it’s cues from the oft-referenced Mega Man Battle Network. Before each battle (and at subsequent points in the battle) you’ll spend mana to purchase spells from a random assortment that you’ve pulled out of your bag.

But it’s not entirely random. You’ll get to pick which spells go in the bag. It’s a little like playing Magic: The Gathering. You might not know which cards you’ll draw next, but you know which cards are in the deck. 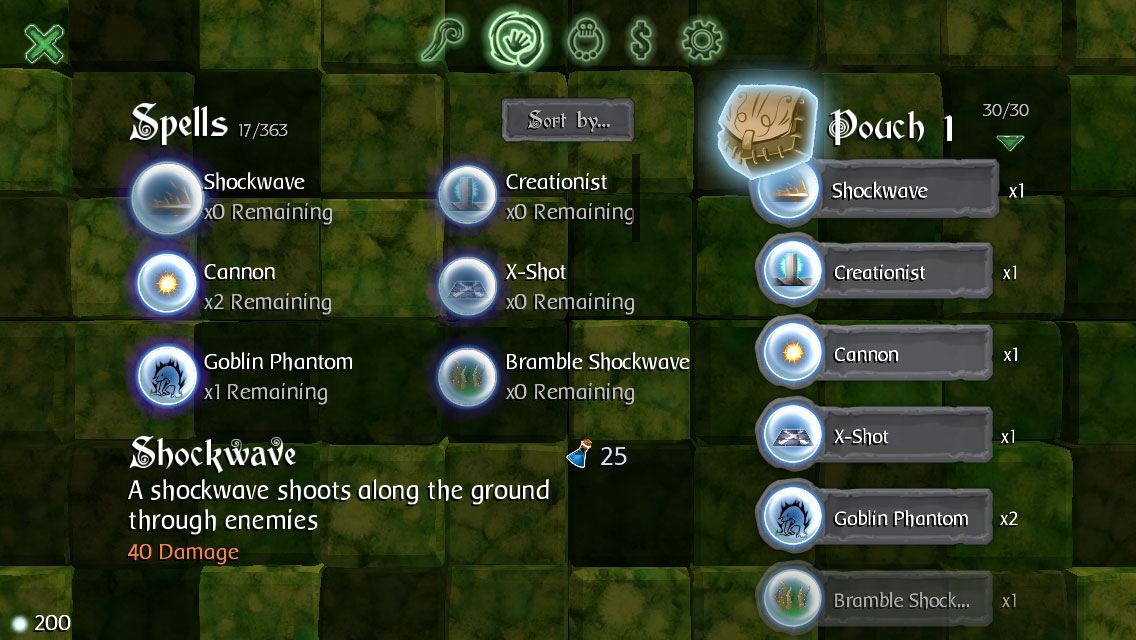 The combat takes place on a 3×6 grid, with different enemies employing different strategies for you to learn, and plenty of your own strategies to master. This is the brilliant core of Phantom Rift that I mentioned earlier. It’s a joy to play, and it leaves me wondering why more developers haven’t tried to ape the Mega Man Battle Network formula.

It’s just that everything outside of this feels lacking.

For a fantasy world full of creatures, a stranded wizard, and plenty of magic, the game is really light on story. There’s essentially no narrative to be had. And exploring the world feels sluggish. The movement of your wizard outside of combat is clunky, and not terribly fun. 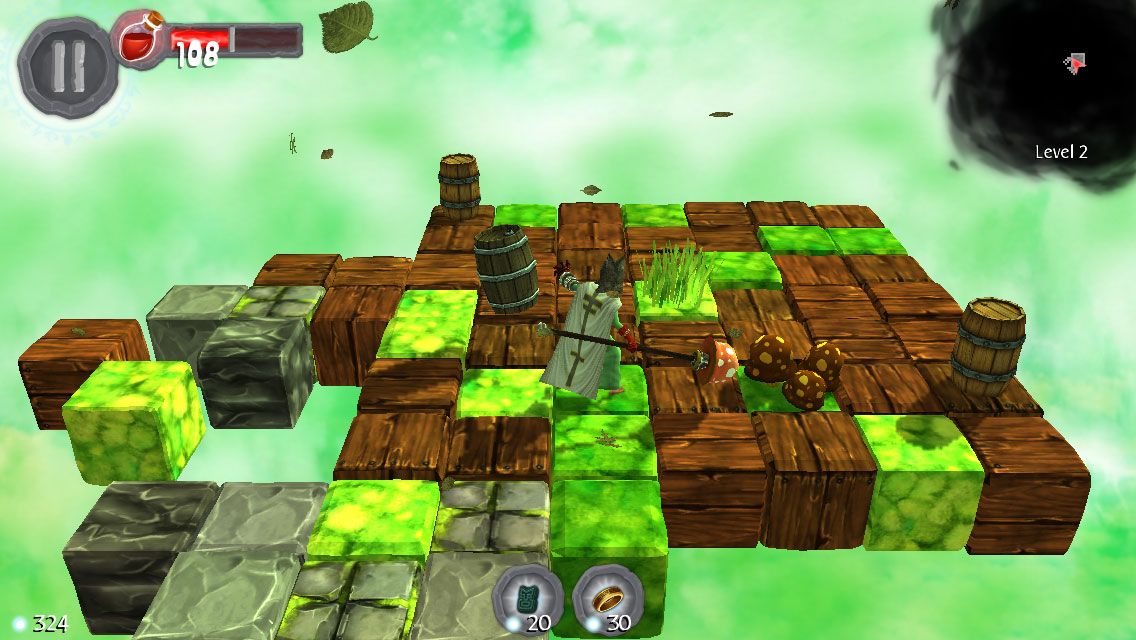 There’s a neat idea powering your exploration – the world comes up to meet you, so you only discover paths and stops the more you walk around – but because of the clunky movement, this ends up feeling like a chore. And god help you if you accidentally went the wrong way.

I really wanted to like Phantom Rift. And in a lot of ways, I do. The combat is everything I was hoping for, and finding new spells and gear never failed to put a smile on my face. Unfortuntately, in it’s current state it feels more like a proof of concept than a finished product.

I’m going to keep my fingers crossed that Foursaken Media revisits this concept and fleshes it out a bit more. In the meantime, I’m going to try and hunt down a copy of Mega Man Battle Network. Maybe Phantom Rift will entice you to do the same, too.