Home / Reviews / Phantom of the Kill Review: Loading Up For Battle

Phantom of the Kill Review: Loading Up For Battle 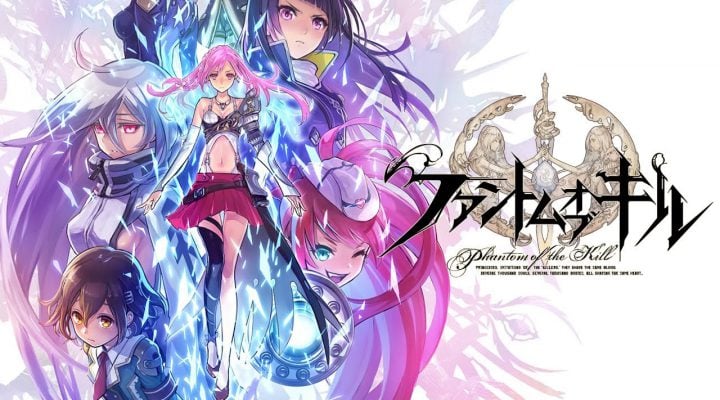 Plenty of heroes and loot to collect.

Phantom of the Kill is a turn-based strategy RPG from gumi that has players battling creepy humanoid monsters across varied landscapes. With a team of heroes, a handful of character classes, and an open field fit for strategic battle maneuvers, Phantom of the Kill gives players everything they would need to have an exciting adventure.

In my experience though, it still came up wanting.

I usually like these types of games; the hero-collecting RPGs that have been popularized on mobile devices by games like Dungeon Boss and Star Wars: Galaxy of Heroes. In fact, those two titles were among my favorite mobile games that came out in the past year. It’s safe to say that I approach games in this genre eager to have a good time. 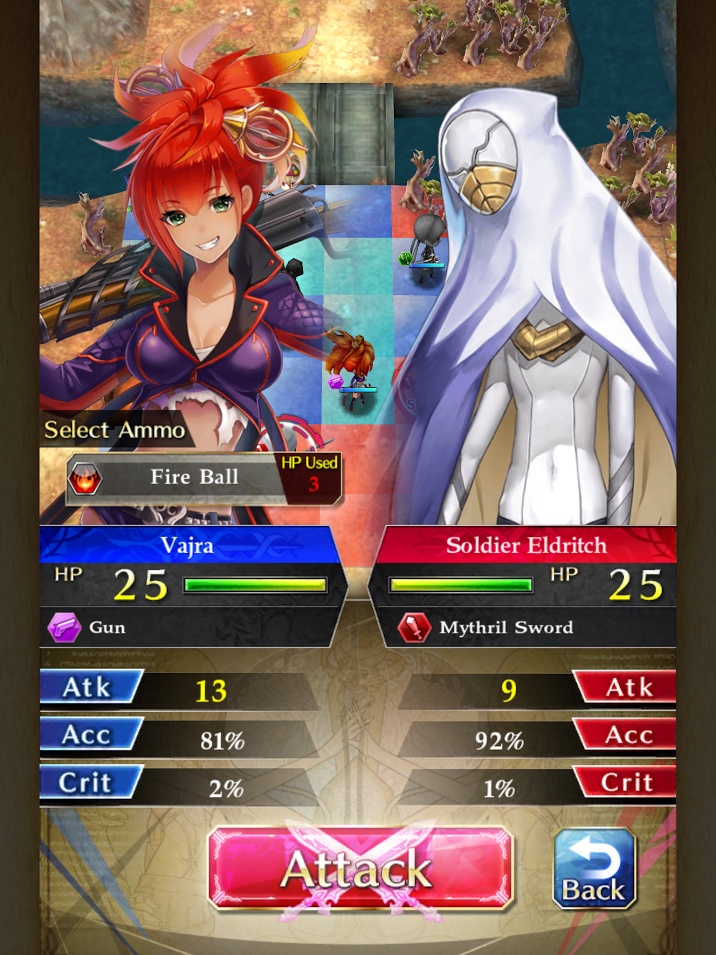 With that said, Phantom of the Kill just wasn’t as enjoyable as it could have been due to a number of factors.

As nitpicky as it may sound, one of the biggest issues with the game were the loading times. There were loading screens tucked away into every corner of this game. I actually had to wait about ten minutes for the game to load the first time I booted it up because it still hadn’t loaded everything in. The developers have even include an idle clicker mini-game during the install process to keep players engaged, because switching to another app would stop the download.

There were even loading screens when I’d go to check my mailbox and pick up any rewards I had earned from beating the game’s levels. Everything was slowed, even if sometimes briefly, by loading. I know that games have to load things; I’ve been gaming since I was a child, so I am no stranger to a “Now Loading” screen — but Phantom of the Kill spends a disproportionate amount of time here.

Even during an actual level, the gameplay itself was slowed down by loading. 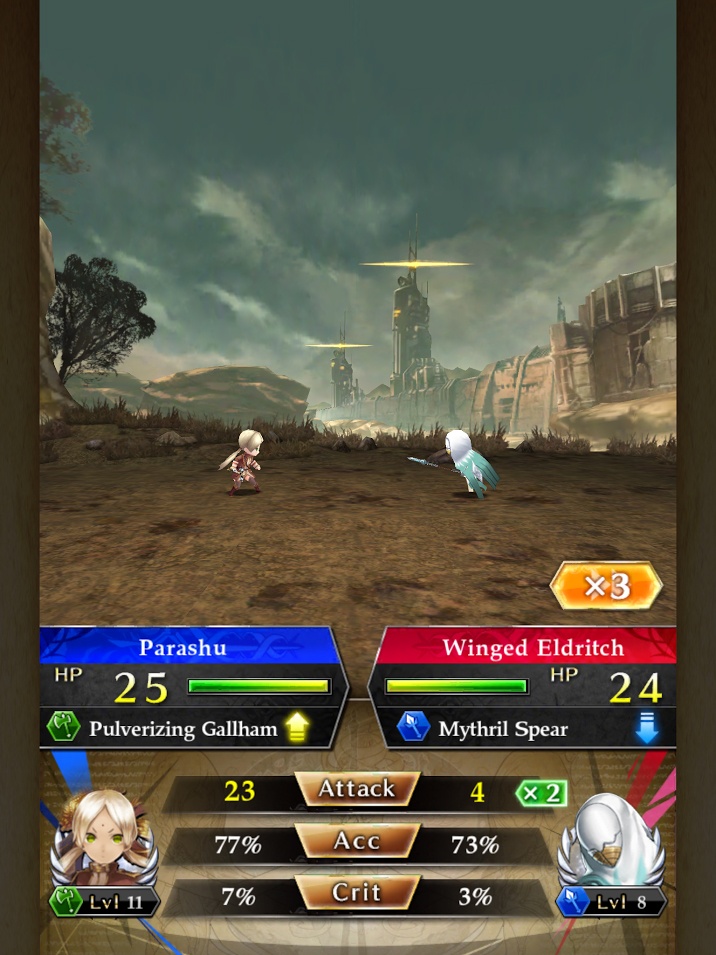 Gameplay takes place on a tiled battlefield where players are free to move their heroes to any tile within their range. When combat begins, the game shifts from a top-down view to a more traditional side-by-side RPG combat experience. The phase shift is nothing new to RPGs. Pokemon does it, Final Fantasy does it …but in Phantom of the Kill, the phase shifts happen per attack, not per battle.

Every time players go to attack an enemy, the game pauses, loads the phase, shows the character attacking the targeted enemy, the attack hits or misses, and then the game pauses and re-loads back to the overall battlefield view. 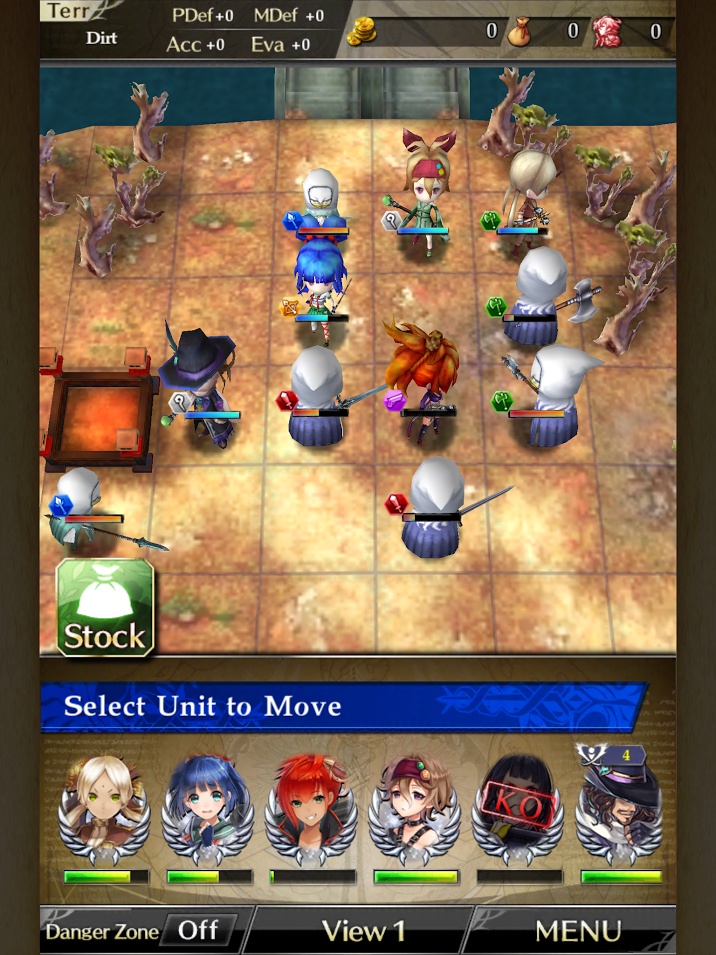 This might be common practice in the games that inspired it, but when you’re already struggling to keep players engaged because of frequent loading and needless menu navigation, adding even more into the mix slows the experience to a crawl.

An option to accelerate those attack sequences exists (double and triple speed), which shows me that the developers knew people would probably want to skip these portions, yet they have provided no option to disable it completely and just have the damage detracted from the characters directly on the battlefield.

The game handles the actual combat by allowing players to select individual heroes and send them to tiles a certain distance from their current location. Each hero can be moved once per turn. When players come into contact with an enemy, the attack engages and the damage is quickly tallied after the cinematic plays out. The gameplay mechanics are very intuitive and I never struggled with things; fans of Fire Emblem will feel right at home here. Almost everything else seemed to hamper the gameplay’s sleekness, though.

I really liked the gameplay in Phantom of the Kill, which is unfortunate in light of the games other frustrations. With plenty of heroes to unlock and loot to upgrade them with, I could have seen myself playing this game for quite some time if not for how drawn-out the experience becomes.

There are just so many other games of this variety where the gameplay is faster, and the characters less questionably designed (this always seems to be an issue with anime-inspired games), that it’s hard to give Phantom of the Kill a glowing recommendation.