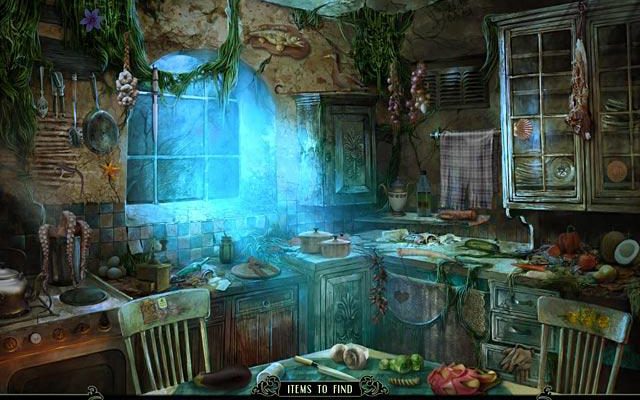 Phantasmat uniquely offers a choice of hidden object or match-3.

Oh, Video Game Hero. One of these days you might try not approaching that old dilapidated building that inevitably turns out to be haunted. Of course, you don’t have much of a choice in Codeminion’s Phantasmat. Don’t let the well-worn plot device fool you, though. In a genre where so many games are rushed to market, Phantasmat is a breath of fresh air. The developer’s respect for the hidden object audience, coupled with a clear understanding of what this audience likes and doesn’t like, makes buying this game a no-brainer.

The story kicks off in dramatic fashion, as you lose control of your car in a heavy rainstorm and it careens off a cliff. Miraculously surviving the crash, you find yourself in the middle of nowhere and in need of help. The only sign of civilization is the dubiously-named “Drowned Dead Hotel.” Creepy though it is, it’s your only chance at perhaps finding a telephone with which to contact the outside world. 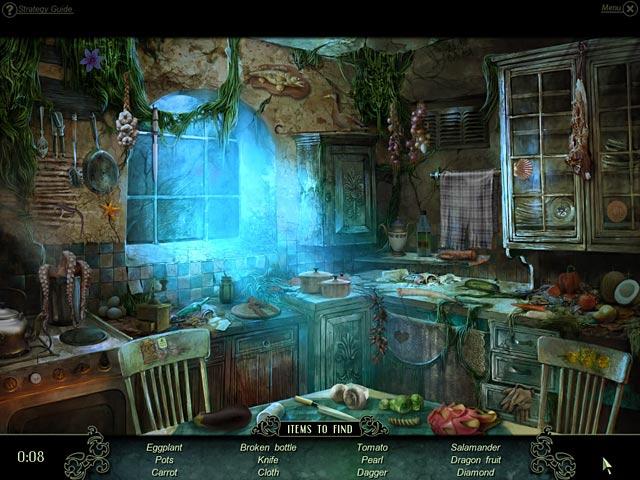 You quickly come to realize that you’ve stumbled upon something far more serious and sinister than a simple car crash. From there it looks like the game might stagnate into a familiar “explore the haunted house” formula, but Phantasmat never quite does.

The story is well-paced with a very real sense of urgency that some other hidden object games lack. The cast of characters is small, but each one is richly developed and brought to life with good voice-acting.

Gameplay follows the hidden object adventure format made popular by the later Mystery Case Files games, where you can move freely around the world picking up useful items, and zooming in occasionally on hidden object scenes where one of the items on your list is always something useful.

…Unless you don’t like hidden object scenes. In Phantasmat‘s major twist, you can also find items by switching over to a match-3 puzzle mode. The goal here is to swap three or more symbols to clear them and cause special eye tokens to fall off the bottom of the board. Each fallen eye removes one item from the object list.

The beauty of this system is not only that it adds another layer of choice, but also that you can seamlessly switch back and forth between the two systems at will. Having trouble finding the last few stubborn items on your list? Switch over to match-3 mode and clear some that way – or just use it to bump up your Hint meter a little more quickly. 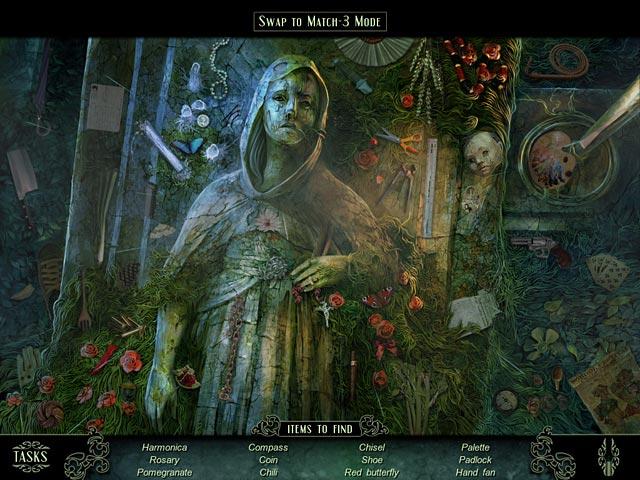 Another example of the thoughtfulness of the developers is the fact that they included three levels of difficulty to suit different play styles. There’s Casual, which offers plenty of clear hints and no penalties; Challenge mode, which offers fewer hints and mildly penalizes players for random clicking, and Extreme mode: no hints and no skipping, timed searches, and severe penalties for wrong clicks.

My quibbles with the game are few. The backtracking to find new hidden object areas occasionally seems arbitrary. The haunted house theme, as I said before, is grossly overused – but thankfully you don’t spend all of your time inside it. Phantasmat has some disturbing imagery, too, so it’s not one to play with small kids looking over your shoulder.

Overall, Phantasmat is an essential download if you consider yourself a connoisseur of hidden object adventures.

The Collector’s Edition contains a decent amount of bonus material. In addition to the usual soundtrack, concept art and desktop wallpapers, there are two modes that let you replay any of the hidden object scenes and match-3 boards. There are also detailed character bios if you’d like to learn more about their backgrounds than what is revealed in the story. The bonus contains about 30-60 minutes of extra gameplay.