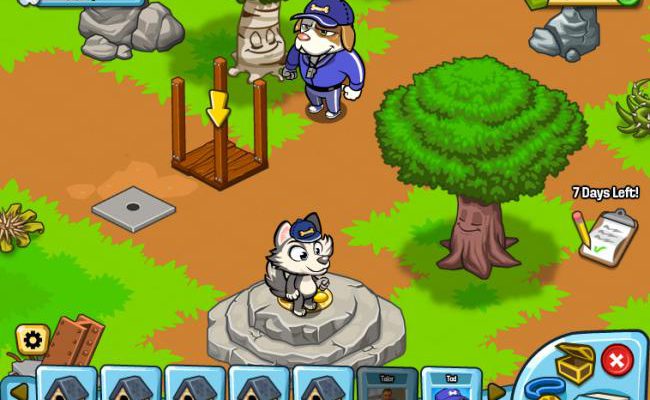 Life is full of rough choices. Burger King or McDonalds? Cake or Death? Dogs or Cats? Well, Pettington Park for isn’t going to let you wuss out on that last choice. If you want to play this park building/RPG hybrid, you need to take a side and do your part to prove the superiority of your species. No surrender! No mercy! Arrwoof-woof! Meow!

Pettington Park is published by Zynga and developed by John Romero’s studio Loot Drop—yes, that John Romero, the man who sired DOOM, Quake, and Wolfenstein 3D. Of course, Pettington Park is a social game for all ages, so the dogs and cats within fight it out via game scores instead of guns, teeth, and claws. That’s not to say Pettington Park is a shallow experience, however. It’s a pretty deep game, and barring some minor issues, it’s one of the more interesting social titles currently available on the web. 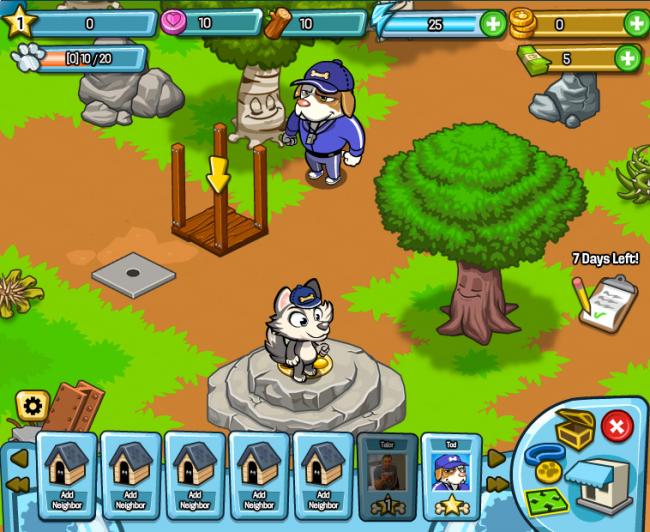 When you begin the game, the first choice you make is the big one: will you fight for the dogs, or the cats? Whichever side you choose, the basic gameplay in Pettington Park remains the same. You start off small by building some arcade machines for you and your pals to play, including Pachinko, a Match-3 title, and even a taiko drum simulator. The scores you achieve are tallied every week, and used as a scorecard for the great Dog vs Cat war.

But setting up your arcade also means clearing the land and decorating the place. In fact, certain decorations, when placed around your arcade machines, can help you achieve higher scores. And by cutting down trees and flowers, you harvest resources that can be used to build structures and complete quests.

In time, you’ll be allowed to wander to different parts of the “world” (including “Jipawn,” “Europaw,” and other adorably-named locales where wet noses twitch and tails wag freely) to recruit more NPCs to help you take down the enemy. Most of them won’t go quietly, however, and will require you to complete quests in order to prove your loyalty to the cause.

Indeed, Pettington Park follows a story, albeit loosely, and even your player character has a backstory that unravels as you play. It won’t blow your socks off, but it still adds a welcome dash of personality to a genre that’s usually devoid of narrative. 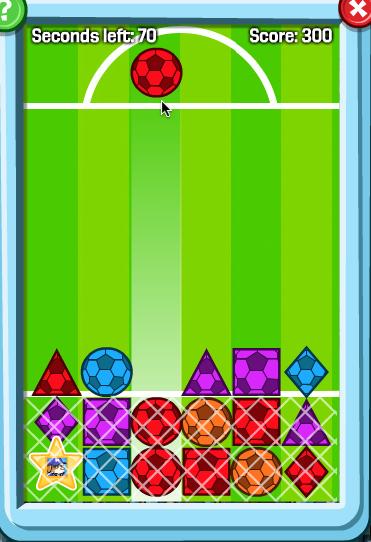 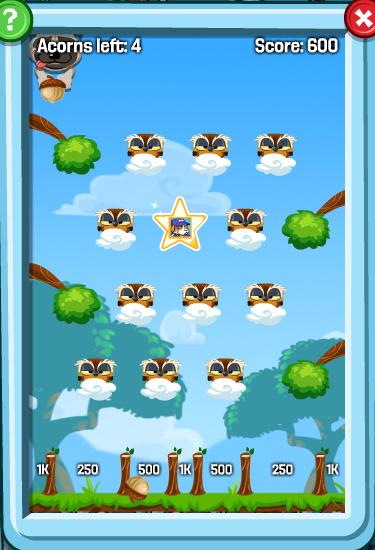 Unfortunately, getting through the story might take some time and/or cash, because Pettington Park is pretty insistent on getting your friends to play with you. You need to visit your friends to score tokens (which are necessary for playing the arcade games), and your friends also need to staff some of your attractions. If you’d rather not pester your pals—and the game is (at the time of this writing) parked on Google+, the very same social network that many Facebook users fled to in hopes of escaping game invite spam—you can use “petty cash,” the game’s premium currency, to buy your way through the game. Get ready to break out your credit card, though, because Pettington Park doesn’t hand out cash freely.

It’s too bad that Pettington Park is difficult to play for long periods of time, because it’s a game that’s worth playing for a considerable stretch. The premise is a lot of fun, the graphics are big, bright, and colorful, there’s lots to do, and the citizens of the Park are too cute for words. There’s also the specter of an uncertain future looming over the game: with major game developers abandoning Google+, will Pettington Park inevitably wind up living with some nice man who has a farm in the country? If that turns out to be the case, hopefully the game will migrate to Facebook instead of being condemned to the big sleep.