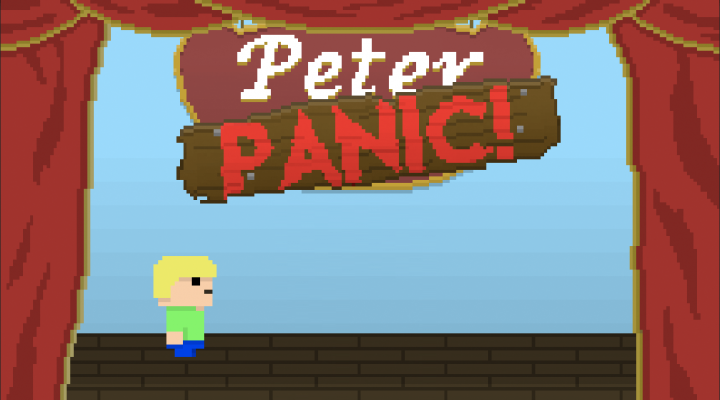 Singing is fun even though it doesn't really add to the game.

Saving your progress is gated behind a $2.99 paywall

One of the most unique and rewarding experiences on the Game Boy Advance was WarioWare: Mega Microgame$, a hodgepodge of quick-hit minigames that come lightning quick, one after another. Many were based on Nintendo properties, with dozens of unique and silly games to learn how to play in a matter of seconds. It’s an interesting premise, and one that I’ve always appreciated. That’s why I was so excited to see Peter Panic, a game that follows in the footsteps of the legacy WarioWare set out before it, releasing for mobile devices. On top of its play model, it’s also a musical.

Yes, Peter Panic is a musical. It trumpets that fact from the rooftops, and totally revels in the qurikiness of it all. The singing is fantastic, and it’s spot-on for what you’d expect from a musical. The sung dialogue is a great fit for the pastel pixel graphics, and it gives the game a friendly lilt that you don’t often see in mobile games. It immediately captured my attention, especially when I deduced that I’d be in for plenty of mini games. 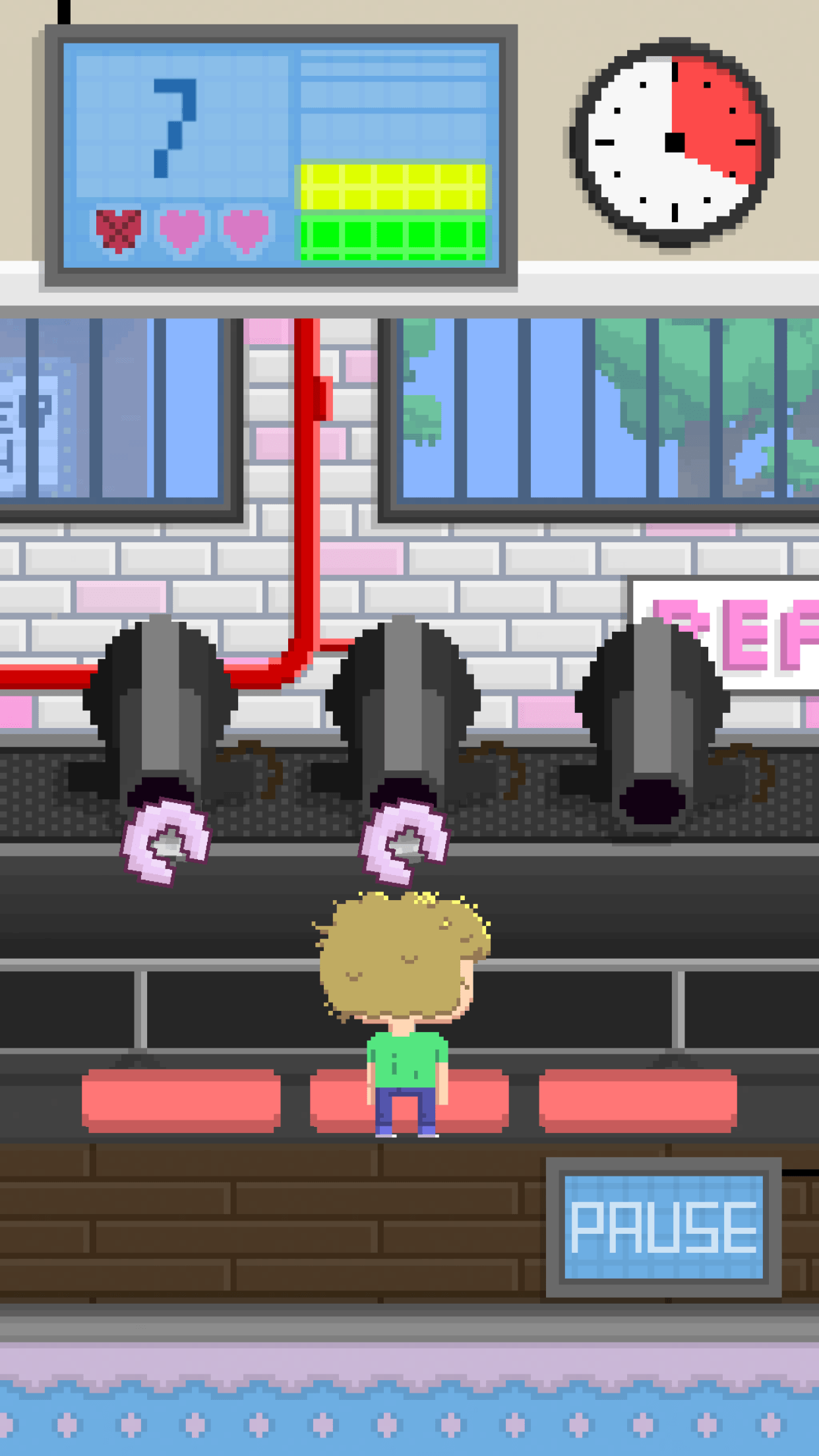 As you progress through the game, you’ve got to complete a set number of games before you’re allowed to progress to the next area. You start at a Packing Peanut Factory, where the games revolve around your filling boxes with packing peanuts, stamping boxes, filling a machine with formula to create the peanuts, and more. Your goal is to complete 15 games in the first level, for example, and if you get 3 strikes, you’re out.

It’s fun and quite challenging to use your wits and try to figure out each mini game as you’re subjected to it, and the themed games of the new areas you travel to are interesting and fun. While the difficulty is quick to ramp up (I kept having issues getting to 15 completed games on the first level in the beginning) you’re always kept guessing with something new and a reason to keep advancing the story.

Except there’s one glaring problem with the game that I can’t forgive: I can play as long as I want, but my progress won’t be saved — unless I pay up.

I couldn’t believe the most crucial of game elements was hidden behind a paywall. While the creators carried on about how I should keep my phone charged and make sure I have enough battery, I was infuriated because I knew I’d eventually lose all the progress I had made unless I paid $2.99.

I’m no stranger to paywalls or microtransactions, and $2.99 is in no way too much to pay for a game that brings me enjoyment, but this is an extremely bizarre way to retain players and one that I can’t get behind. What’s more, it’s a little irritating to be reminded that I haven’t “paid the fee” to allow me to save as if I’m being punished. I’d much rather pay the $2.99 to get rid of ads than to unlock a vital component of the game. 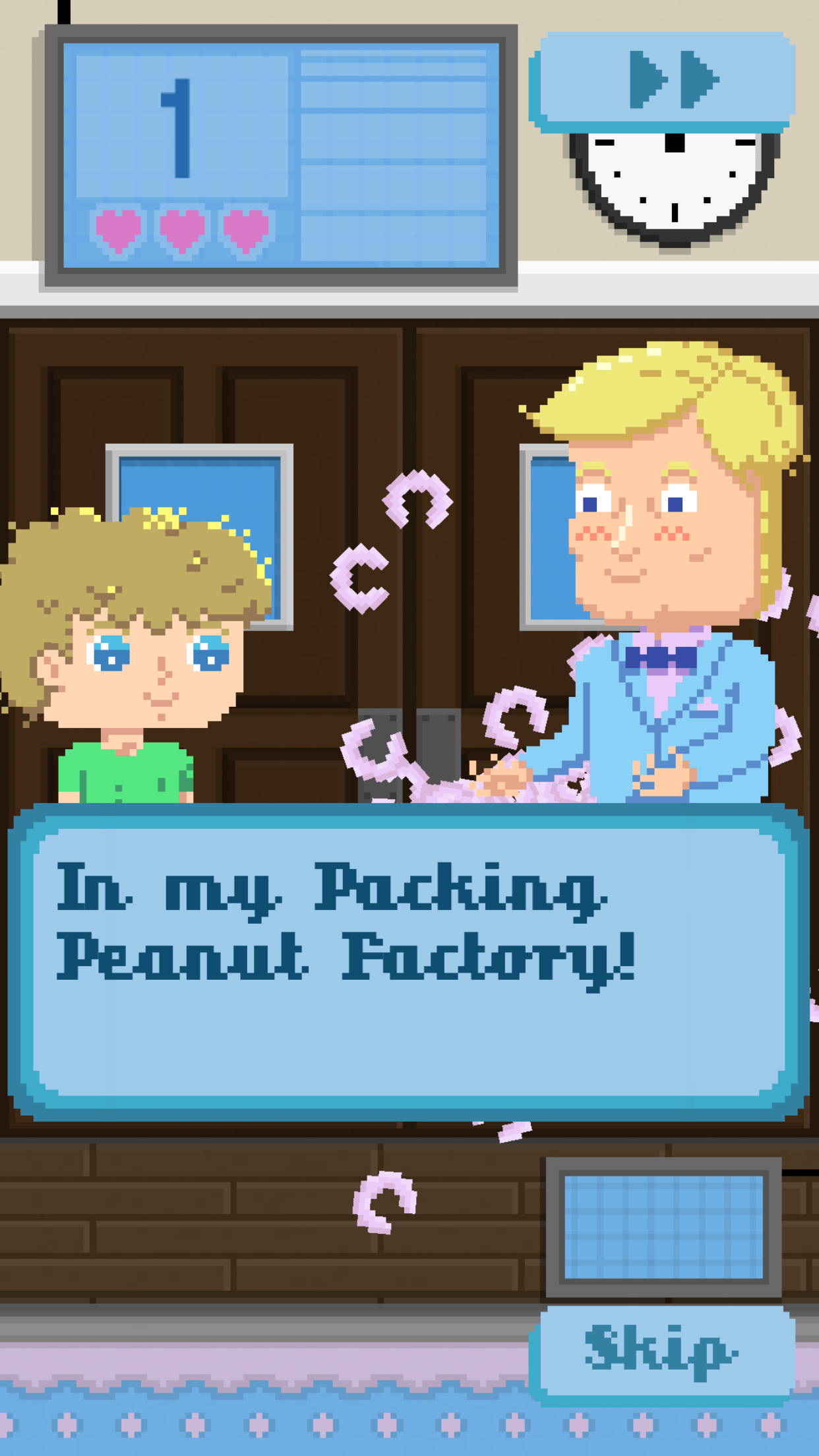 I’m sure several players will disagree with me here, but I feel like this one-time charge could have been for something else; something optional. Certainly not something so vital as saving my progress. While the games are fun and engaging, after you’ve completed the first area a good 5 times because you accidentally close the app out of habit, it ceases to be fun or cute.

I really enjoyed playing the minigames, though, and I soldiered on to see the other areas because this is truly an enjoyable game. I believe it’s worth playing even if I don’t understand why these design decisions were made. I hope it’s not indicative of what’s coming next from Adult Swim Games, or mobile games in general.