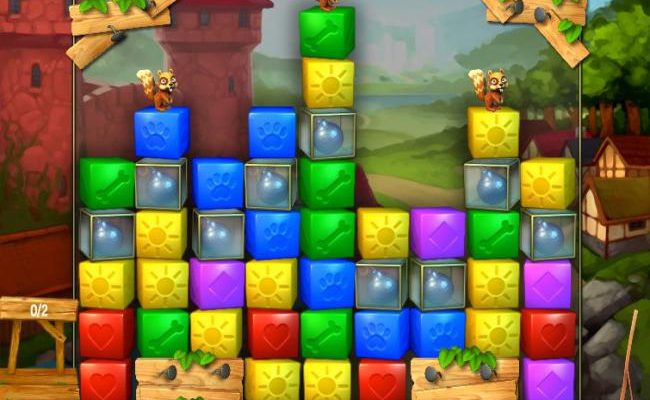 Pet Rescue Saga isn’t as thrilling as a box full of corgi puppies, but it doesn’t suck either.

What is the best reason to play a puzzle game? To sharpen your mind? To whittle away twenty minutes or so while waiting for the next rebuttal on a Facebook fight you ignited? Or to save animals? If it’s not obvious, the third answer is the correct one. After all, if you don’t save the wee turtles, who will?

Pet Rescue Saga for Facebook is a Diamond Dash–style block-matching game that’s built around familiar mechanics, but adds a couple of welcome gameplay twists. The end result is a competent and addictive puzzle game that can potentially keep you engaged for hours. 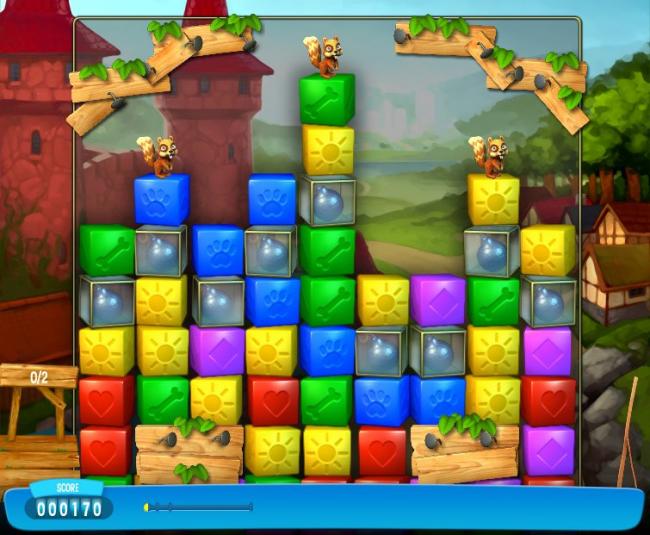 Why “hours?” Unlike most Facebook social games, Pet Rescue Saga features a “Lives” system in lieu of an Energy system. You need to meet certain goals in every puzzle scene, and if you fail to accomplish one or all of those goals, you lose a life. If, however, you keep on clearing stages like a boss, you can keep going for as long as you like. There’s one catch (isn’t there always): If you do wind up suffering a streak of bad luck, your lives disappear in a hurry and you have to wait several hours for them to recharge unless you want to pay with Facebook credits.

But for the most part, you’ll probably end up playing Pet Rescue Saga in the bite-size sessions that are typical of social games, especially if you’ve been down the Diamond Dash road before. You click on similarly-colored blocks in groups of two or more (a bit of a change from the usual three or more). The bigger the group, the more points you score.

Wait! Don’t forget about the animals! Some levels of Pet Rescue Saga have dogs, pigs, and pigeons trapped on stacks of blocks, or wedged in columns. When you successfully clear away blocks, said animals drop safely to the ground. However, since many levels of Pet Rescue Saga scroll vertically, the animals on tall columns are in constant danger of getting squished on the top of the screen. Nothing ruins your day like the anguished squeal of a piglet. 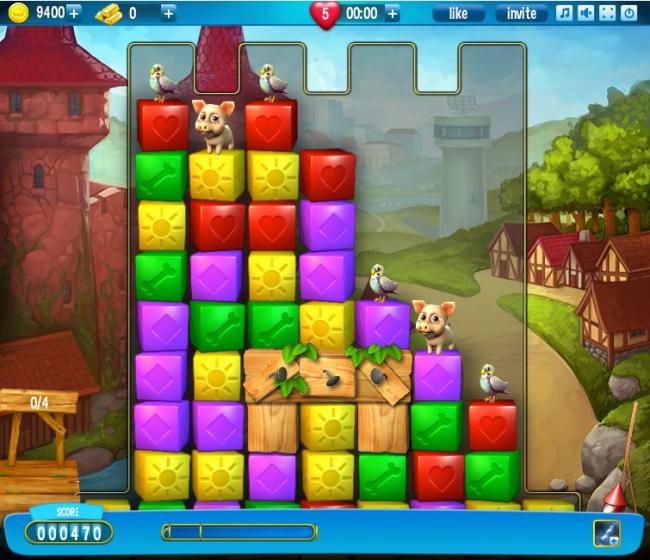 There are power-ups that can save your bacon, though (pun every bit intended). As you rack up points, you ignite a rocket that can clear away a column instantly. You can also buy hammers that knock out blocks, or a rocket that can be used at any time—but these power-ups cost Facebook credits, and don’t come cheap.

Pet Rescue Saga isn’t especially original, but it’s not an unpleasant experience, either. It’s fun, and you can potentially play it for ages before getting booted off. As far as Facebook games are concerned, that’s not bad at all.