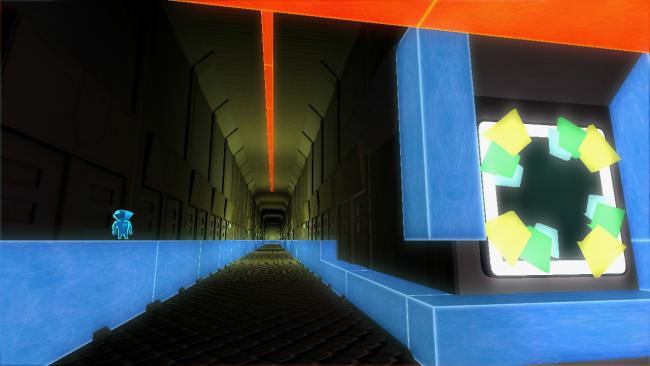 Perspective should be required video gaming for all.

You may or may not know this, but both of Valve’s hugely popular Portal games were based on ideas from students at DigiPen, a college based in Redmond, Washington that seems to churn out the most incredible video game designers annually. The original Portal was based on a student game called Narbacular Drop, while the second title was inspired by another DigiPen game called Tag: The Power of Paint.

It wouldn’t be completely crazy to suggest that Perspective, another incredible first-person puzzler to come out of DigiPen, could well form the basis for the next Portal game, given just how blisteringly smart and unique it is. This should be required gaming for each and every person on the planet, if there’s any justice in this world.

Here’s the idea then: You control some sort of spaceman, as he jumps from platform to platform in a 2D environment, in a bid to reach the goal. Except that it’s not actually a 2D environment – click the mouse button, and you’re suddenly able to move around a 3D world, while your spaceman continues to stand in place where you left him.

What we’re talking about is a 2D platformer which you can reposition, such that the spaceman works his way around the 3D world as if it’s flat. Whenever you freeze the action in 2D, any obstacles that are obscured from view in the 3D first-person perspective will not cause the spaceman any issues, so it is often the case that you’ll need to angle the camera such that a solid wall is hidden out of view, allowing the spaceman to progress.

But there’s more. Depending on how close or far away you are from the spaceman, he never changes in size on your screen – hence, it is possible to make him grow or shrink compared to his surroundings, such that he can jump over huge obstacles, or squeeze through tiny gaps.

The possibilities from puzzles are huge here, and Perspective capitalizes on this wonderfully. Multiple times during our hour-long playthrough, the game left us dumbfounded at just how clever the base concept can be. After 45 minutes or so, there are still new ideas being thrown your way – moving platforms are introduced, for example, which bring a whole new level to the experience.

There’s one level in particular, titled “The Climb”, which makes you question everything you have learnt up to that point. Perspective could very well be used as an IQ test, it’s just that brilliantly clever.

The game is oozing with style too. The music adds in extra instruments as you switch perspectives on the fly, and the world itself is mysterious as hell, with strange arcade machines everywhere, hatches that cannot be opened, and signs that make you question what’s going on in the game’s universe.

Plus, you’d be hard-pushed to find a better end to a video game. Just wait until you see it – your mind will be blown, and then some.

Perspective is pretty much close to the perfect video game experience. It’s not so long that it doesn’t outstay its welcome, the controls are spot on, the puzzles are consistently glorious, and it’s all wrapped up in a neat little package. For a free download, you can’t really go wrong – in fact, it feels a little like stealing.