Home / Reviews / Perfect World Mobile Review: How Does it Compare to the PC Original?

Perfect World Mobile Review: How Does it Compare to the PC Original? 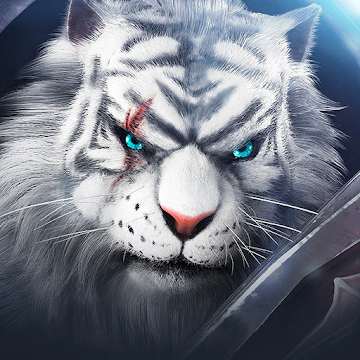 A faithful mobile adaptation of the PC original

Not overly dissimilar from other mobile MMORPGs

Perfect World Mobile isn’t the direct mobile port of the 12 year old PC MMORPG that you might have been hoping for, but it’s pretty darn close. As a player of the classic PC MMORPG, I was heartened to see that much of the experience was intact, from the three races of Human, Winged Elf, and Untamed to the many recognisable locations.

Etherblade and its surrounding area, including the Traveler’s Lodge, Hunter’s Cabin, and Hermit Village, look much as they did over a decade ago, when the game first launched on PC. In fact, they look even better than that, as Perfect World Mobile has received a significant visual overhaul.

It’s easily one of the best looking mobile games to date, with the character models in particular showing the most improvement over the original game. They looked kind of awkward and unrealistic, with Humans looking ridiculously buff compared to their underfed Winged Elf counterparts.

The environment is no slouch either, with flowers and leaves visibly swaying in the breeze. It’s a world that’s an utter joy to explore, with its soft glowing lanterns, impressive weather effects, and stunning vistas.

It helps that getting around is a lot of fun too. You can take your time and really soak in the atmosphere by running, mount your horse and go for a long ride, or fly when you’ve unlocked the ability. There are underwater areas and sections that take place in the sky too, and you can fully participate in combat in all of them.

There’s also a quadruple jump you can pull off, which lets you glide through the air at quite a pace. We found we opted to use this rather than automatically run around mounted, as it proved so much fun to propel ourselves through the air.

It’s clear that developer Perfect World Games has put a lot of effort into the feel of Perfect World Mobile, which is promising given the generally hands-off nature of the genre on mobile. Sadly, that doesn’t mean that autoplay doesn’t feature here – it’s very much a presence – but it feels more optional than in its competitors.

For a start, Perfect World Mobile encourages you to participate in battle yourself. While you’re encouraged to tap quest indicators to automatically move to the relevant location, when participating in battles the automated system is relegated to a button that you have to toggle.

While Autoplay is Present, It Feels More of an Optional Extra

Combat is pretty fun, thanks in most part to the epic animations Perfect World Games has put a lot of effort into. Ultimately though, it’s a pretty bog-standard mobile MMORPG combat system. You’ll weave auto-attacks between skills, which you can unleash with the tap of a button. It’s pretty simple stuff.

As you can expect, the vast majority of your time spent in Perfect World Mobile is in completing quests to earn XP and equipment that allows you to grow in power. As you progress, you’ll unlock content that you can tackle in groups, including Dungeons and Challenges.

This is where the real fun of the experience comes into play, as each of you take on your roles to help the group. Healers will keep everyone alive, the tanks will keep the enemies busy, and DPS will kill them before they kill you. Control makes sure the battle doesn’t get out of hand.

Yes, this is the classic trinity system made popular by World of Warcraft during the mid-noughties. It’s not particularly innovative, but it does feel instantly familiar to anyone who’s played an MMORPG before. It also provides a level of teamwork that doesn’t require a headset to coordinate, which we welcome.

Perfect World Mobile Makes More of an Effort to Feel Like its Predecessor Than the Likes of Flyff, Jade Dynasty, and Silkroad Online

So how well does Perfect World Mobile compare to the PC original? Well, overall we’re impressed at the efforts of Perfect World Games. Unlike many other mobile versions of classic PC MMORPGs like Jade Dynasty, Silkroad Online, and Flyff, this genuinely feels like its predecessor.

The races and classes are familiar, the locations very closely resemble their PC counterparts, and the Wuxia atmosphere is absolutely spot on. There are even improvements, thanks to vastly-improved character models, animations, and general visuals. It’s far better looking and feels more fun to play than its predecessor.

While we appreciate the effort to move away from autoplay thanks to the toggle button and fun movement abilities, it doesn’t really make much of a difference. Quests are still kill an arbitrary number of monsters or collect a certain number of things followed by a far too lengthy chat with a dull NPC.

Men in Black: Global Invasion Review: How Does it Compare to Pokémon GO?

Dead Cells Mobile Review: How Does the Souls-Like Metroidvania Hold Up?