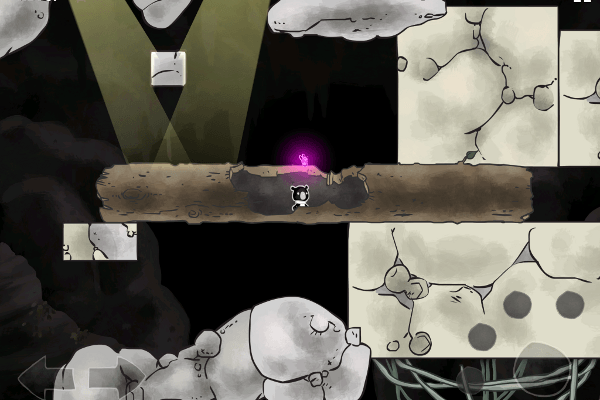 If you go down to the woods today, you might spot a bear walking on light

I’ll be honest – I’m not a huge fan of platforming games on touch-screens. I find that the controls are never tight enough to feel truly at my beck and call, and the usual giant “buttons” plastered across the bottom of the screen take up far too much space – space that could be better used for, you know, the actual game.

But Penumbear has given me hope that one day, all touch-screen platformers will be as close to the feel of a physical gamepad as possible. This is puzzle platforming with a real knack for those little touches that platformers deserve, and the light-based puzzling adds a cunning edge.

Penumbear has woken up in a spooky castle, with only a firefly to keep him company. Fortunately, this firefly isn’t just there for show – it’s able to switch nearby lights on and off. And wouldn’t you know it, our protagonist has a trick up his sleeve too, as he’s able to talk along the outlines of the light.

Although it’s slow to get going, this idea of walking along the light and the shadows really makes for some glorious puzzles, as you flick the switch to create whole new pathways for yourself over chasms, spikes and enemies.

It gets even more interesting later, as certain platforms will only appear when darkness settles. Hence, you’re left to dive into the air, flick the light while you’re whizzing through space, and then land just as the platform beneath you comes into view. It can make for some really tricky play that feels hugely rewarding when you get it right. 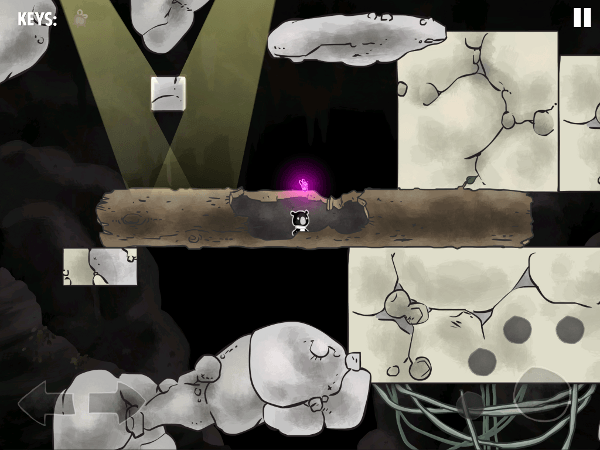 The real test of whether a mobile platformer is enjoyable or not is down to its controls, and Penumbear doesn’t disappoint here. Movement just feels right, from the running and jumping, to the way in which your bear will sort of drag himself onto a block if you only just miss the edge.

That said, it’s not always 100 percent perfect, and there is room for improvement. A few times I found myself getting trapped in light beams with character animations jerking all over the place, simply because I was trying to jump when I should, or run in a direction that wasn’t allowed at the time. 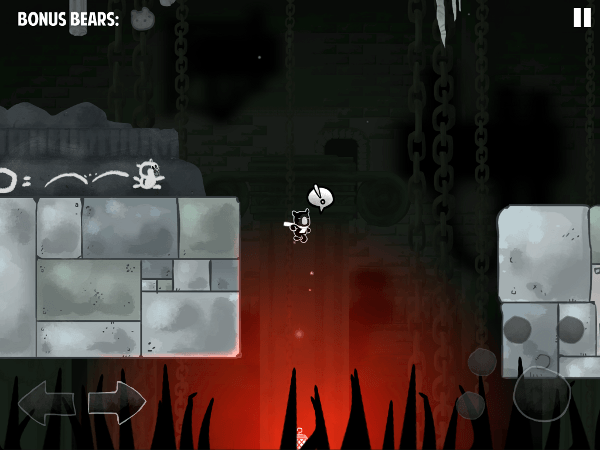 But when all is said and done, Penumbear is a great example of how platforming controls can be done right on iOS – and it’s a lovely little puzzler to boot.