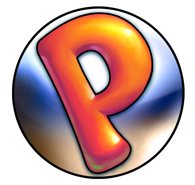 Its been said by many game designers the first 15 minutes of a game is the most important in order to win over the player. We couldn’t agree more — especially with “casual” game players as time isn’t always on their side — but there are always exceptions to the rule.

Case in point: PopCap’s Peggle, easily the finest casual game of the year thus far, may not grab you by the lapels the first few minutes you spend with it.

The idea behind Peggle is a simple one: fire a silver ball at the top of the screen in a given direction and watch as it falls down towards the bottom. With only a predetermined number of balls per level, you must hit all the orange pegs spread out among the mainly blue ones, laid out in a specific pattern. The ball bounces from one peg to another, like a pinball hitting a bumper. Catch the ball in a moving bucket that glides back and forth horizontally at the bottom of the screen and you’ll be awarded with a free ball. The goal is to clear all the orange pegs before you run out of balls before advancing to the next level.

The strategy lies in where you shoot the ball, so that it hits the desired pegs and bounces in the desired direction to hit other orange pegs — or blue pegs you need to clear to make way for more orange ones. Pegs are laid out in specific shapes, such as an animated car, a person’s face, riverbank or aquarium. The pegs are often animated, such as rotating wheels on a bicycle in front of hand-painted 2-D backdrop.

The “wow” factor kicks in just as you finish the level. As the silver ball moves towards the final peg, the camera zooms in for a slow-motion close up and a drum roll climaxes into Beethoven’s Ode to Joy from the Ninth Symphony! Then, the silver ball falls into one of five bonus prize values, ranging from 10,000 points to 100,000 points, followed by fireworks and a rainbow. Now this is how to reward a gamer for a job well done. Click the Instant Replay button to capture a slick move, which you can share with a friend at a later time.

Levels are segregated into specific themes — such as space, Halloween or nature – featuring a unique character at the top of the screen, and with a unique power-up that is activated when a green peg is hit. For example, in the underwater level, hitting a green peg causes pinball flippers to appear (in the shape of lobster claws) on each side of the screen to help keep the ball afloat. In the scary Halloween level, the spooky ball, which glows green, flies around the board twice, giving you extra points and hopefully taking out more orange pegs for you.

Along with the main Adventure mode and its 55 increasingly challenging levels, the game also offers a Quick Play mode (play any previously completed level, but using any power-up you like); a Duel mode for two players to compete in head-to-head Peggle matches (against a friend on the same PC or against the computer A.I.); and the Challenge mode with 75 additional puzzles to tackle.

Honestly, there is very little to find wrong with Peggle. It’s one of those rare games that gets everything right, from ridiculously addictive game-play and multiple game modes to beautiful graphics and enjoyable audio to welcome extras such as funny characters, an instant replay option and the climactic end to each level. Do yourself a favor and give Peggle a chance – it may might not impress at first — but be sure to stick with it as you won’t be sorry. Your family, on the other hand, might not be as pleased with your newfound PC companion.