Peggle Blast Review: EA Has Us Pegged as Suckers 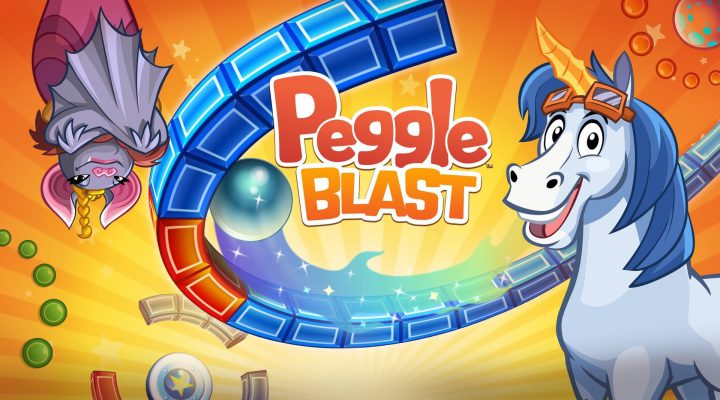 Basic Peggle formula is as fun as ever.

The aggressive monetization schemes are enough to make a unicorn weep rainbows.

It’s all proved useless. It’s time to seize EA by the shoulders and scream “Whassamatter you?”

When EA purchased PopCap Games in 2011, fans of classic PopCap fare like Bejeweled and Peggle levelled fingers at the transaction and said, “There goes the neighborhood. Just you watch.” They were right, but there is no smugness. Only sadness. 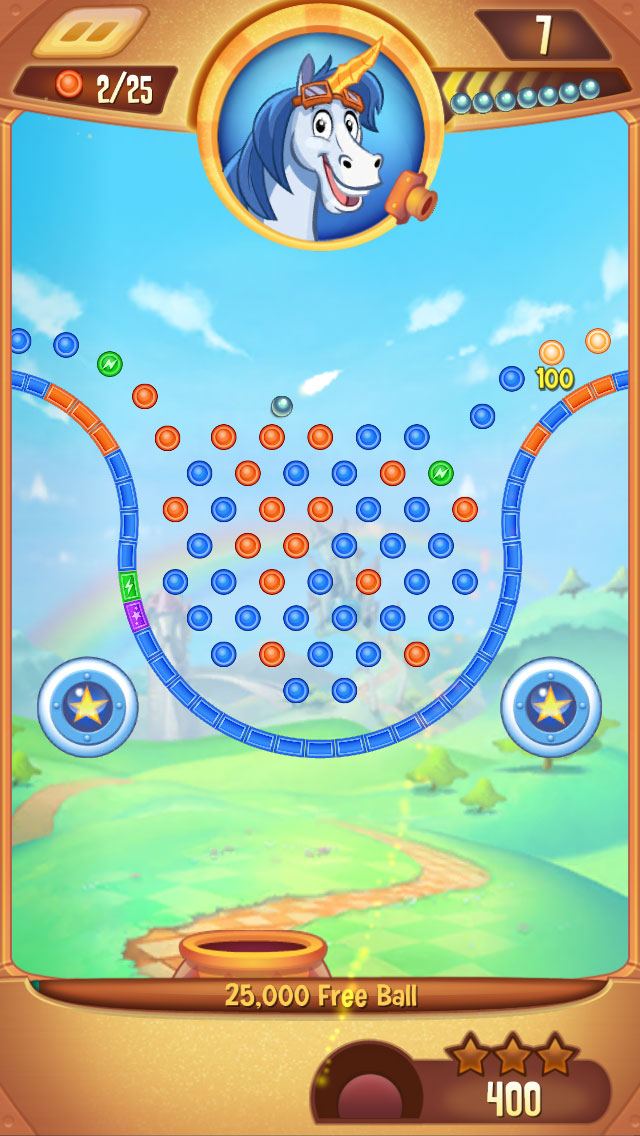 Peggle Blast is the worst kind of free-to-play game. It looks great, and when it’s fun, it’s darn fun. But before long, you slam head-first into the paywall. Suddenly you realize the game’s witty dialogue and cutesy characters are there as salve for the constant one-miss deaths and the long, long waits between life refills. 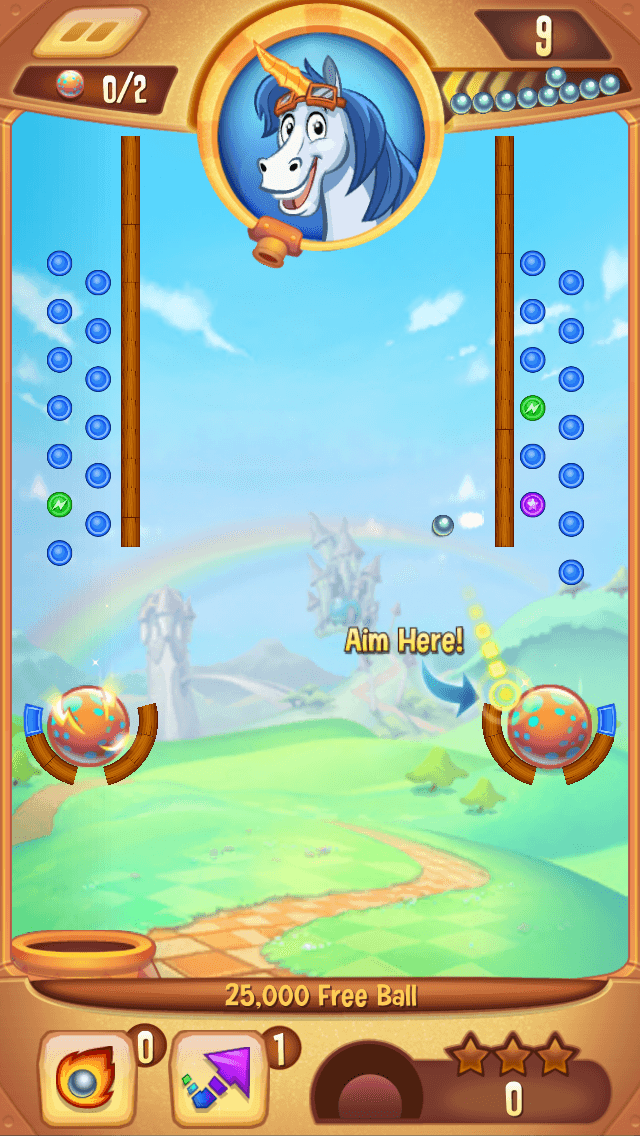 Like other Peggle games, Peggle Blast is essentially digital Pachinko with a lot of add-ons. Players fire silver balls through a field of pegs in order to meet goals that vary from stage to stage. In some levels, you may need to get rid of all the orange pegs on-screen. Some levels require you to clear pegs and make a path for gems to drop to the bottom of the screen. And other levels, curse them, ask you to “hatch” phoenix eggs by bouncing balls off them.

Like Pachinko, Peggle Blast has a natural allure. There’s just something about watching the silver balls plink around the pegs to activate power-ups, long-shot bonuses, and other joyous little events. The joy fades when you start noticing nearly all the new features in Peggle Blast were added as part of a money-sucking screwjob. 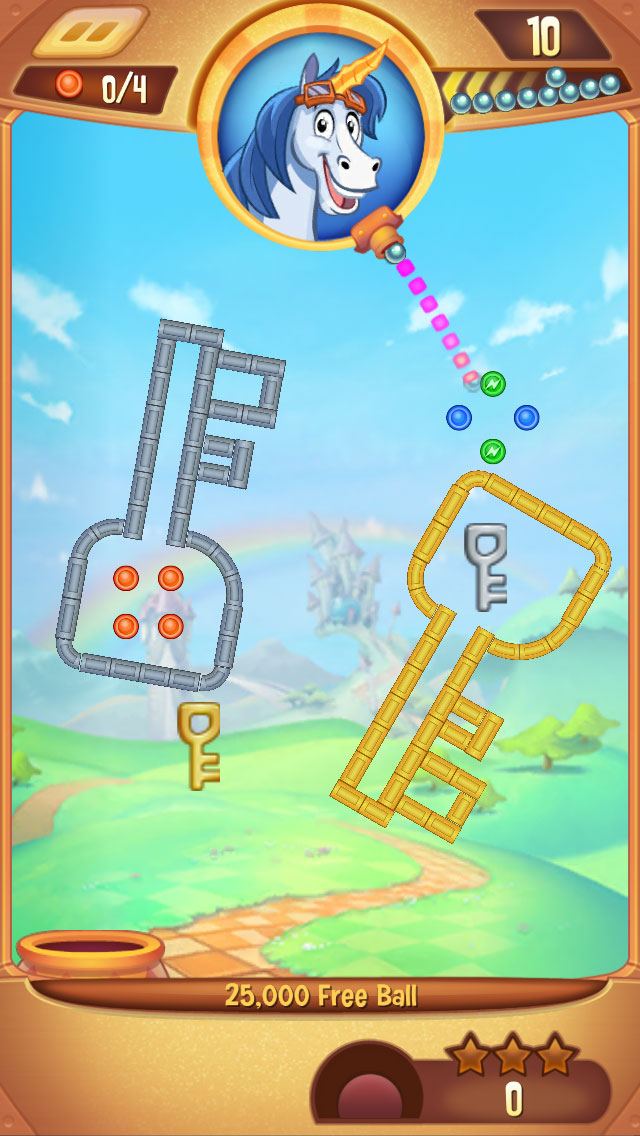 There are, for example, fireballs that swallow up your ball. Given you’re allotted a set number of balls in each level and the game ends if you lose them all (unless you want to buy extras. 99 cents! 99 cents! 99 cents!!), it’s not hard to understand why these fireballs are everywhere.

But at least fireballs will disappear if they’re pegged with three balls or certain power-ups. Far worse are the phoenix eggs, each of which require three ball hits to hatch. Hitting them isn’t the problem. The problem is that they’re often balanced precariously on a couple of pegs. If that peg gets hit by the ball before the egg can hatch, it vanishes and sends the egg plummeting. And if even a single egg falls off the screen, you lose a life.

There’s a small chance the Free Ball basket swaying at the bottom of the screen will catch the egg, but it’s almost impossible to plan for a save. A single phoenix egg level can gobble up all your stored lives in the blink of an eye.

Oh, you can buy an “egg saving net,” though. Isn’t that nice?

If you find yourself without lives – and you will – you must wait half an hour for a single one to regenerate.

And then, when you think you’ve managed to stagger through every crumb of free-to-play nonsense EA can possibly throw at you, you find yourself having to swallow a six hour waiting period to access a new set of levels.

You can pay up for instant access, or you can pester your Facebook friends for an unlock. But does anyone want to do that? Has anyone wanted to do that since 2010? 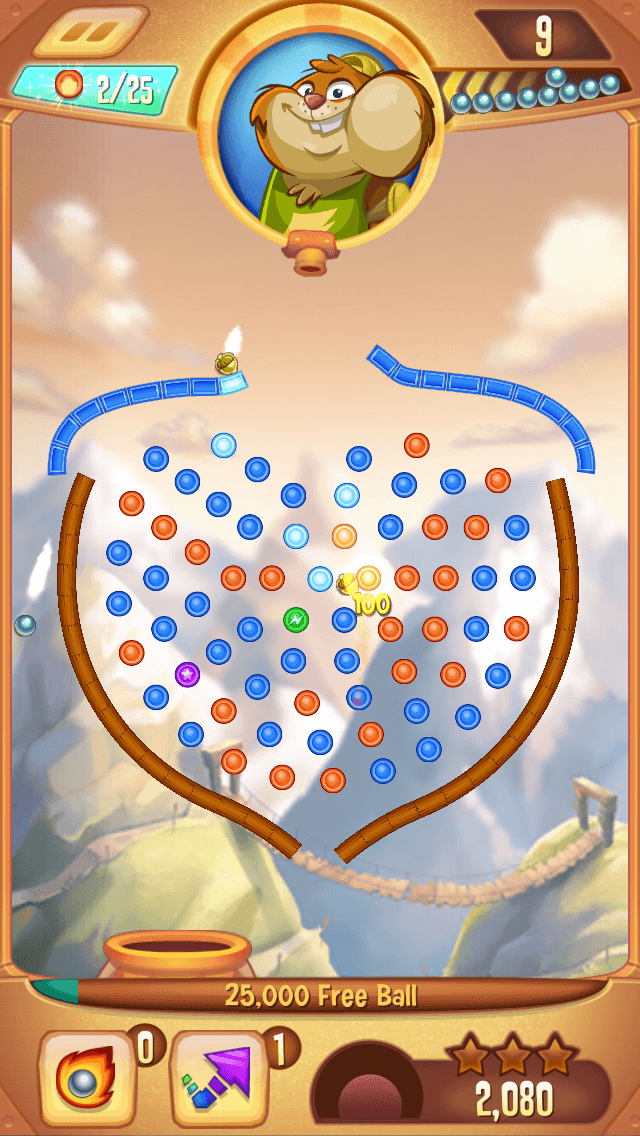 Peggle Blast is so hair-pullingly careless about its attempts at monetization, you can’t shake the feeling that somewhere in the bowels of EA, a person in an expensive suit has their feet up on a nice desk and is roaring with laughter. Maybe some pale manifestation of PopCap Games is standing at their elbow, their doughy jowls drooping nearly the floor in a sickly grimace.

What a sad fate for a game that’d be perfectly charming as a self-contained $1.99 title.

Bean Dreams Review: Where’ve You Bean All My Life?