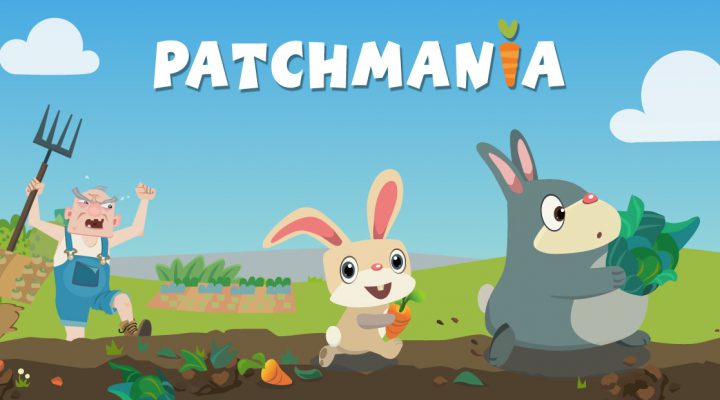 Clever and fun puzzles that can be taken at your own pace.

A smorgasbord of stages to tackle and even more level packs available.

Challenge takes a bit to ramp up, creating a slow start for adult players.

With so much polish everywhere else, would like music to play during the actual puzzles.

It would be easy to mistake newly released Patchmania for the latest IP from Disney: its colorful cartoon visuals and endearing rabbit protagonists could give Mickey a run for his money, while its smooth-as-silk one-touch gameplay is as perfectly suited to mobile as Swampy’s dirt digging.

But the House of Mouse has nothing to do with this surprise charmer. It’s the work of indie team Little Details, and it’s their first foray—we hope of many—into the gaming world. 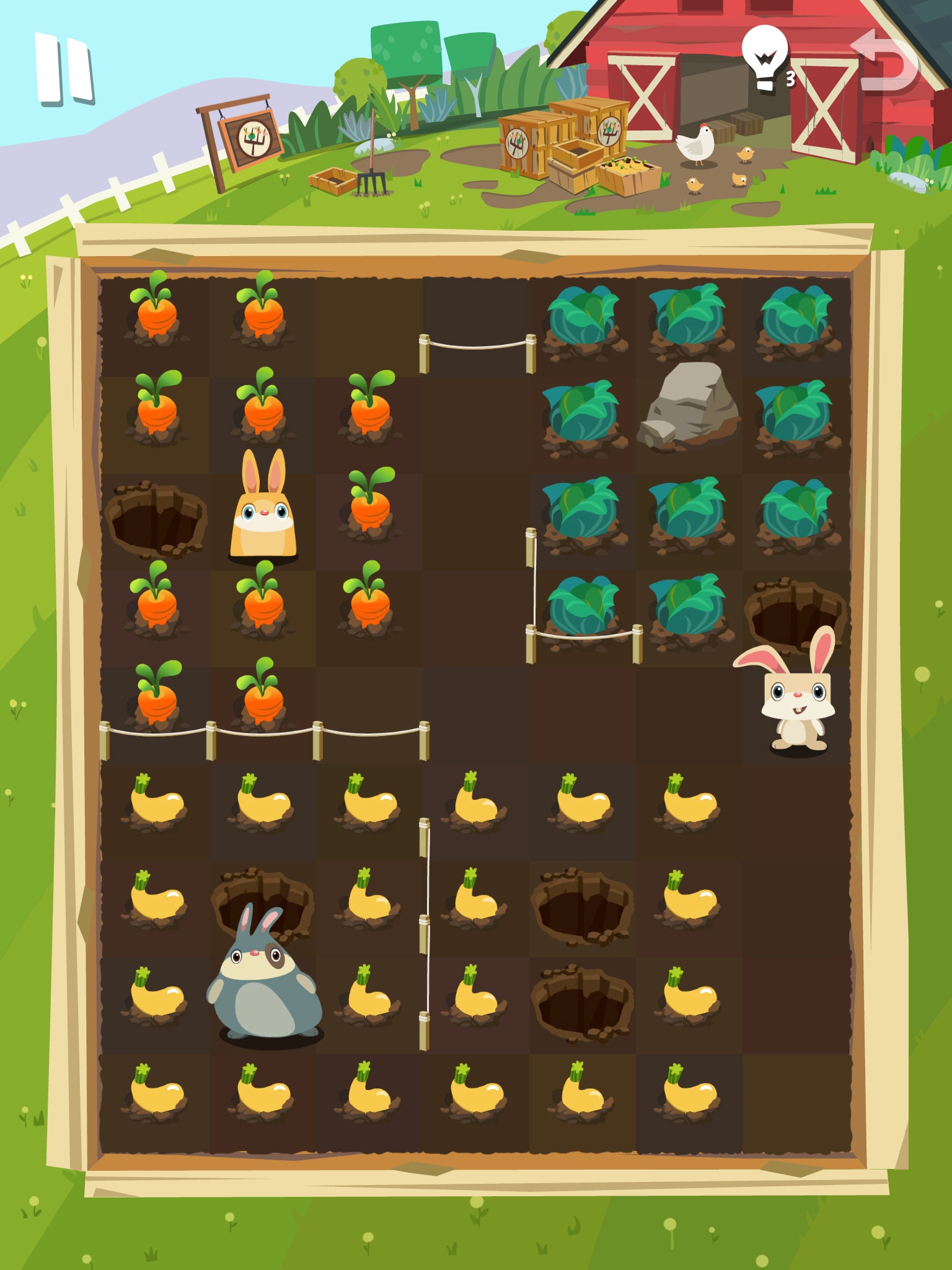 Patchmania begins when a forest-dwelling nest of rabbits find themselves forcibly displaced by a newly constructed farm. Feeling vengeful and famished, the rabbits decide to get back at Farmer Lester by helping themselves to his abundance of crops. Each stage pits one or more of our bunny heroes against a grid of crops and a rabbit hole (or holes).

To maximize their revenge, the rabbits must eat every crop on the screen before escaping down a hole. Doing so is a bit of a mix between standard mazes and Arukone (Flow / Trainyard)-style puzzles: once a rabbit enters a section of crops, he must remain on those crops until entering a hole. This requires drawing a single line from the rabbit through every crop and onto the exit. Missing crops will result in fewer stars or, in the case of too many misses, a lost life. 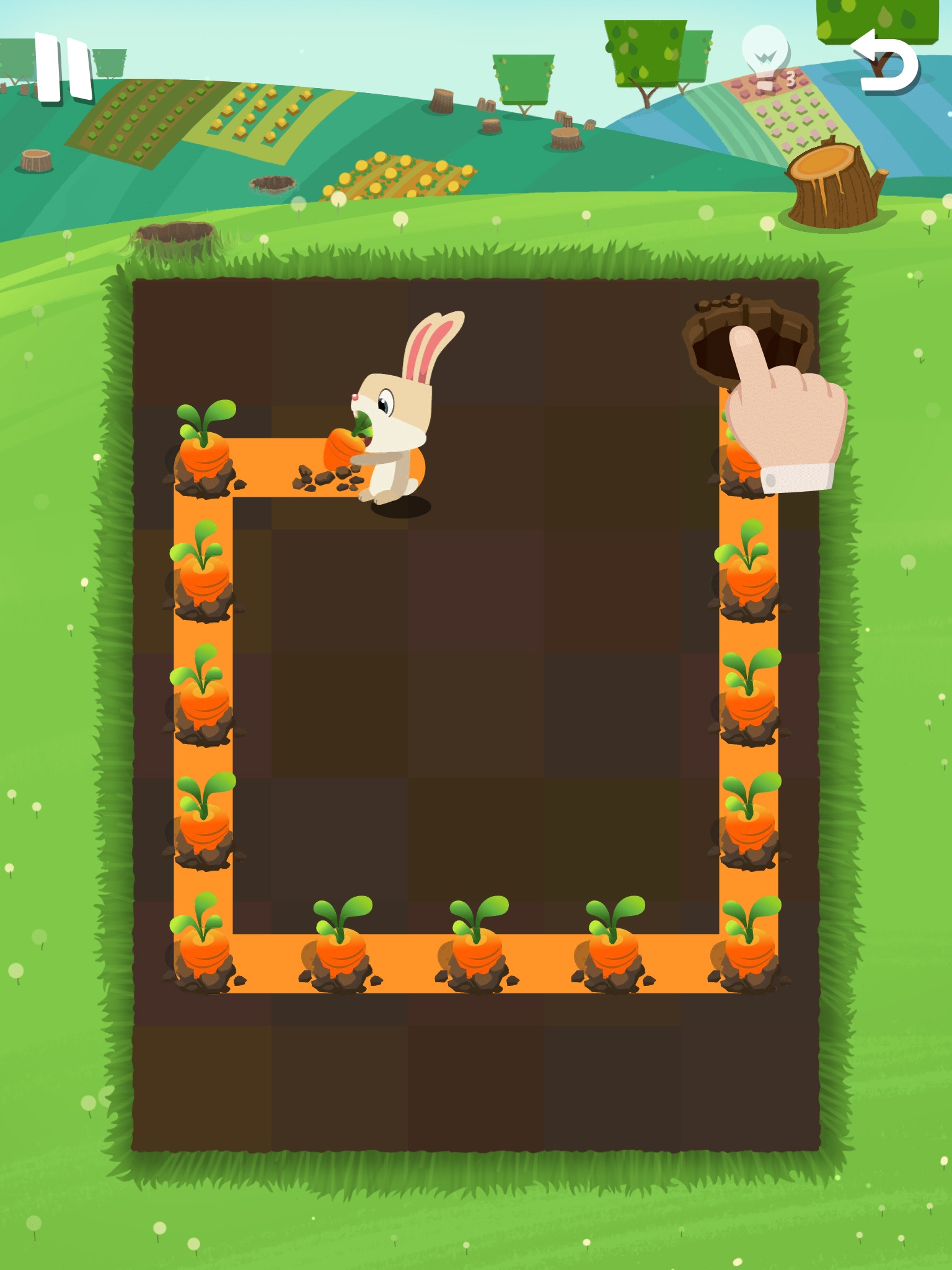 To add to the challenge, each rabbit has a crop preference. Our first bunny friend, Calvin, will only eat carrots. The hefty Totoro-colored Otto will only eat cabbage. Baby bunny Peanut is a sucker for squash. When multiple bunnies are on screen, you’ll often have to move them in a specific order to free them from surrounding vegetables. For instance, if Calvin is stuck in a sea of cabbage, Otto will have to eat around him before Calvin can move.

Other obstacles are thrown in as the levels progress. Mushrooms can be eaten by anyone but are often in out-of-the way locations. Portals appear alongside the rabbit holes and allow our bunnies to jump across the screen, increasing the complexity of the paths you can take. Levels that appear clear-cut require twisty, winding routes in order to reach every crop. There’s a surprising amount of challenge to be had in the hundreds of levels that are included in the base game, but with easily undone moves and no timer in place, the mood is always contemplative, laid back, and family-friendly.

The bunnies themselves add to this atmosphere thanks to charming little touches of personality. Calvin sometimes juggles while you’re planning a move; Otto occasionally passes gas and makes Peanut giggle; they’ll shake their heads and mumble “nuh-uh” if you try to direct them incorrectly. Interacting with and watching the rabbits is almost as fun as solving the puzzles, which creates a constantly rewarding environment.

We’ve been playing in this world for the past week and consider it a must for fans of puzzles, adorable animals, or just happiness in general. As a free download, the only thing Patchmania will cost you is your free time.