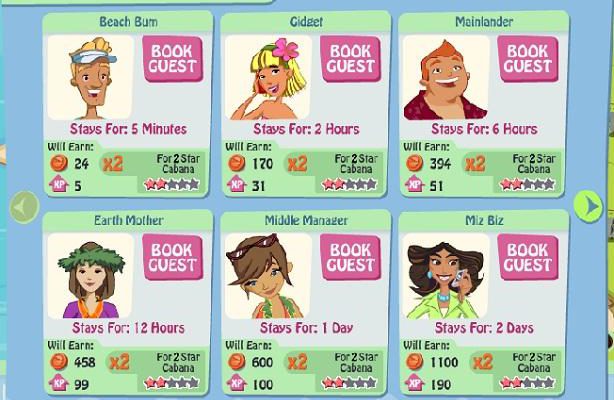 Build up the tropical resort paradise of your dreams in Party Resort.

Party Resort is the rare completely original Facebook game, or at least it’s original enough that it doesn’t immediately resemble anything else. Party Resort is a game about building up a thriving beach resort by buying cabanas and decorating them. The more elaborate the decorations, the more you can charge your guests. How many cabanas you can have is dictated by your experience level, as is the type of guest you can host. Guests are constantly asking for amenities and fulfilling their requests earns you extra money, a nice reward for players who like to run a game in the background while multitasking. 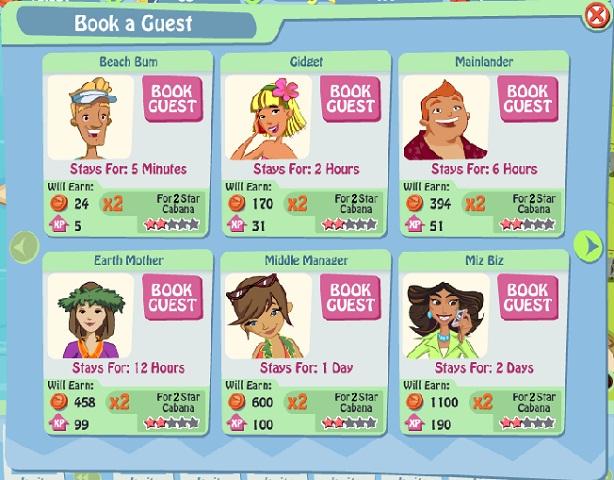 That’s really about all there is to Party Resort, but there’s nothing wrong with that. Although Party Resort is a very new game, there’s a huge library of decorations you can use to fill up your cabanas. It’s enough to choose from that it’s honestly pleasant that you get more and more cabanas to decorate in different ways and that the game rewards you for putting more stuff into any given cabana. The different guests are all large, well-animated characters who are fun to watch. You also see sunbathers and other beachgoers wander around the island, making the world feel more alive. 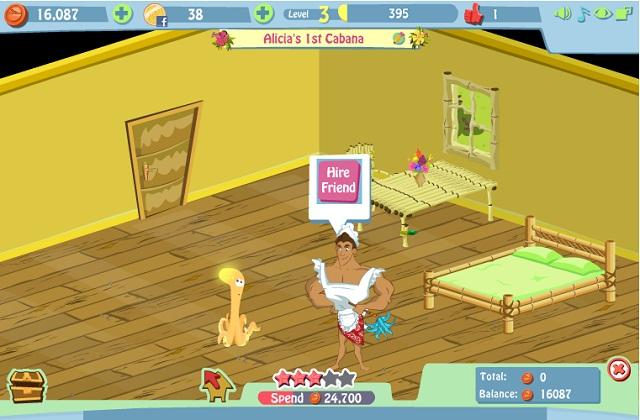 Party Resort‘s defining flaw as of this writing is how long it takes to load the game’s graphics. The animated visuals appear to need to be completely reloaded every time you visit a cabana, redecorate a cabana, or return to the main map. This would be fine if the load times were appropriately short, perhaps a second or so. Instead the load times were consistently upwards of five seconds when moving between different game interfaces during the test period. Sometimes it was better, but other times it got so bad that the game timed out and had to be reloaded completely. Party Resort was tested on a wired 8Mbit broadband connection, so it seems likely that the problem lies with Party Resort‘s servers or the way the game is coded. Attempting to play this game on a weaker connection, perhaps slow DSL, seems like it could get unbearable quickly. 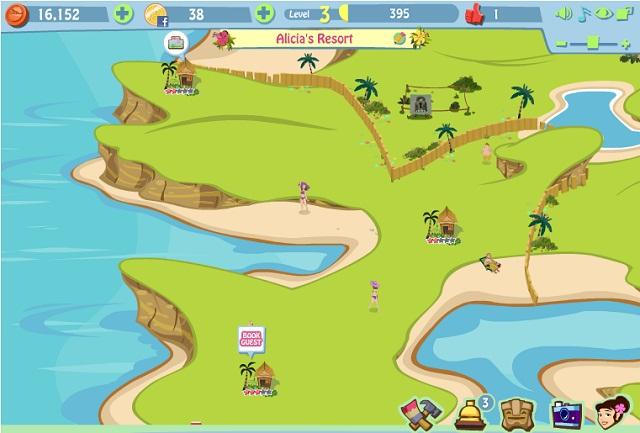 If Party Resort could fix its load time issues and add a little more variety to the gameplay, it would be a very fun game to play with off and on during a dozy work day. As it stands, Party Resort is above-average but could be much better, with the load time issues making long sessions feel unpleasant. There’s still far worse ways to spend your time on Facebook, though.

Tasty Planet: Back for Seconds Review