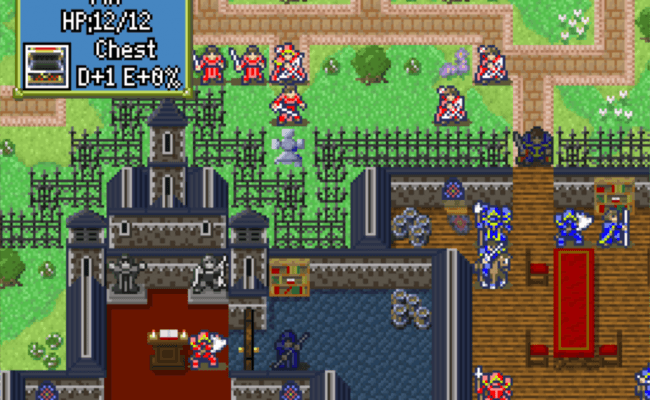 With Fire Emblem: Awakening taking the handheld console world by storm, those of us with iDevices are left wondering: where’s our Fire Emblem?  Despite the presence of quality tactical RPGs like Ravenmark and Battle for Wesnoth, no iOS game has fully captured the epic feel of that classic Nintendo series.  Partia: The Broken Lineage comes the closest, creating both an admirable homage to Fire Emblem, and a fulfilling experience all its own.

Partia takes place on its eponymous continent, where two warring kingdoms—Gran and Anas—have been combined through a royal marriage.  Although we enter Partia three generations after this union took place, disputes between the two lands remain frequent and bands of rebels continue to fight against it.  Our hero, the younger brother of the current king and prince of Granas, finds himself fending off rebels and uncovering traitors to the crown within his own ranks.  Partia follows the prince through many years of such challenges and ensuing battles, with seemingly unrelated encounters forming an image of discord, deceit, and grave danger at the heart of his kingdom.

These battles are the heart of Partia and make up each of its ongoing story chapters.  In standard tactical RPG fashion, battles take place on large maps populated by organized groups of enemies, various types of terrain and buildings, and your own squads of knights.  Characters move along grids, able to travel through teammates but not enemies, and with certain classes, like cavaliers, able to move farther than others, such as weighty axe units.

Encounters take place when you move a character to a space adjacent to an enemy (or farther for archers and mages) and choose to attack.  Before an attack you’ll be provided an overview of your fighter’s stats and the opponent’s in order to gauge if an encounter is beneficial, based on their class, level, equipment, and location.  Characters and opponents will almost always counterattack during encounters, forcing careful consideration before charging into a battle.  Although the separate battle screens of most Fire Emblem games are not present here, characters still act out an attack or dodge animation to illustrate how the battle played out.  Once all characters have acted or the phase is manually ended, the enemy squads receive a chance to move and attack, resulting in consistent back-and-forth turn-based encounters until all units—or the leader—are wiped out. 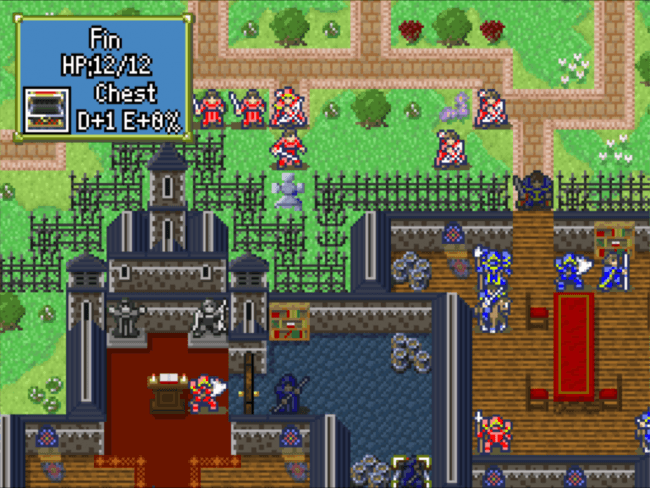 While Partia is technically a mobile game, its battles are anything but bite-sized.  Each stage is an epic affair that requires thoughtful approach, use of choke points, and plenty of preparation.  As in classic Fire Emblem titles, characters that die are lost forever, resulting in frequent stage restarts to prevent an untimely demise.  Minor details like class skills, terrain bonuses, and items equipped can mean the difference between a two-hour victory or defeat.  (There is a suspend option so you can return to a long-fought battle later, thankfully.)  Between stages you’ll have a chance to purchase new weapons and items, recruit additional party members, and fight in the arena in order to gain additional levels and crowns (currency) for even more purchases.

These shop options are an important staple in any tactical RPG, but Partia‘s do leave something to be desired.  The arena will tell you the estimated challenge of an opponent, but not their class—so you may blindly send an archer against an armored knight.  Your squads do not heal after battle, and yet there is no way to heal them from the camp menu—you cannot sleep at the Inn (only recruit characters), nor can you use potions or healers’ staves from your own inventory.  This means that every fight, both within story chapters and at the arena, begin with your characters’ health where it was last.  This may add to Partia‘s difficulty, but without any difficulty options, every player experienced or not can find themselves trapped in a loop of needing to heal but being unable. 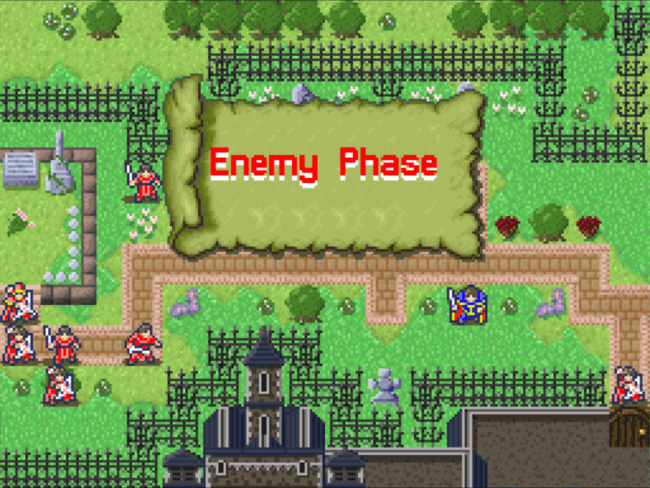 This is Partia‘s other great weakness: lack of appeal to newcomers.  Even with its classic, simpler battle system, Partia is full of minute details and important information that players new to the genre will be unaware of.  Without so much as a first battle tutorial or help menu, playing Fire Emblem or at least one other tactical RPG is almost a requirement before attempting to begin Partia.

Despite these weaker areas, Partia is a superb representation of the genre on iOS and likely one that will only continue to get better.  Imago has already updated the game with fan requests, including a “fast” speed for battles and single tap option to reduce time spent in menus.  Their love of the genre and desire to create a game worthy of being compared to Fire Emblem has done exactly that and more: it’s created a new series that deserves to be watched as it inevitably grows into something even greater.