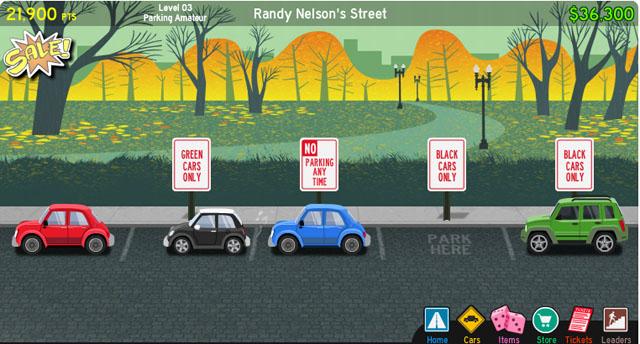 Parking Wars 2 is a great game, provided you’ve got plenty of friends with you

As the Internet reckons time, 2008 was an exceedingly long time ago. On Facebook, it was an eternity. Still, one of the most popular social games of 2008 was Parking Wars, a promotional title launched as viral advertising for the A&E reality TV series of the same name. Parking Wars was an exceptionally simple game in which the player tries to park cars for a certain period of time on a friend’s street without being ticketed. It was a game that encouraged office workers who logged into Facebook to relieve boredom to check back several times per day, both to move their cars and to ticket their friends.

Parking Wars 2 is essentially the same game after a much-needed dose of modernization. Where the original Parking Wars was purely about vicariously harassing your friends, Parking Wars 2 lets you erect buildings, customize your street’s look, and purchase power-ups. The core mechanic of parking cars is still intact and as you level up, you get the chance to buy more cars so you can fill more spaces. Parking Wars 2 feels very unlike current Facebook games since all of its core play mechanics predate the huge boom in management sims and arcade-style distractions that took over Facebook in the years since.

Unfortunately, Parking Wars 2 borders on unplayable if you don’t have a lot of friends to play it with. How many friends you have in the game dictates both how many streets you can park on and how often you have a chance at ticketing others. While the game does provide certain AI “friends” who join the roster of streets available to you from very early on, interacting with the game this way just isn’t satisfying. The whole point of Parking Wars is to mirror the events often seen on the TV show, making your friends mad by ticketing their cars or getting away with illegal parking on their street. An AI player can’t offer that sort of schadenfreude.

Parking Wars 2 is a major step up from the original in terms of look and feel. Where the original was a very Spartan, menu-driven game, Parking Wars 2 lets you watch a detailed animation of cars parking. You can choose to alter your street’s background as part of the customization process, which changes the sort of ambient street noises you hear. A quiet tree-lined lane gives you crickets and chirping birds while an urban setting like the shopping center gives you the sounds of chatter and parking cars. You can even customize your road surfaces, selecting anything from basic blacktop to bricks or cobblestones. 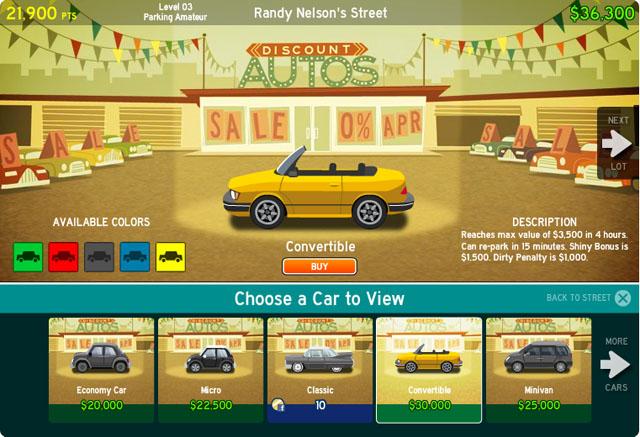 Parking Wars 2 is a well-made game that’s worth recommending, but with the caveat that it’s only as much fun as your friends bring to it. If you can build up a strong sense of competition, then trying to ticket each other and exploit the ever-shifting parking signs on the roads is great fun. If it’s just you and the game’s AI, then you might as well go play something else. Ultimately, if you have a lot of friends who actually respond to invites to whatever new social game you’ve picked up, Parking Wars 2 is for you.