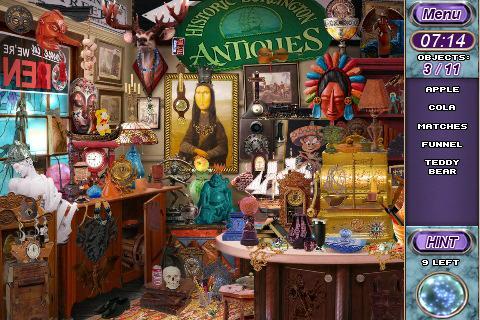 It’s tough to tell a good ghost story: in order to make it effective, you need to make sure its various elements balance each other out. It has to be smart, there need to moments of ease to break up the tension, and, most importantly, it has to be scary. Unfortunately the developers behind the recent iPhone port of PC game Paranormal Agency haven’t seemed to figure out the right way to tell their game’s story. There are a few elements that promise something greater, but they never manage to blend together into anything that’s really good.

The game’s plot stars Heather, a woman who can detect ghosts that is called in to an old orphanage to figure out what is haunting the place. After encountering the malevolent spectre, Heather emerges from the battle with stronger supernatural abilities, and becomes the person her city turns to a year later when massive numbers of ghosts start crossing over into the realm of the living.

The story is certainly interesting, but it’s not compelling enough to actually make someone want to play the game for long. Part of this is because the narrative doesn’t actually show Heather encountering too many ghosts, just finding cursed objects or talking to people who have been having supernatural problems. It’s also not terribly scary. Finally, the gameplay just really isn’t all that fun.

It’s hard to make a hidden object game feel original or novel, but Paranormal Agency doesn’t even try. Identifying objects is predominantly handled in one of three ways: you have to find the item matching the word in your queue, match the object with an identical outline, or tap on all the objects that fit a general descriptor like “shiny,” “paper” or “digital”. There are a couple of extra level types like ‘spot the difference,’ but encountering these is rare.

There are even some instances of mini-games (like untangling a web of infernal power so you can close a dark gateway) popping up; these are actually quite fun and serve as a welcome break from the game’s tedium, but they’re so infrequent that they do little to make the game more enjoyable.

Even when you zoom in on the rooms and search for hidden objects, the view is often too small for you to properly figure out what’s sitting on your screen: the object is either too small or its colors blend into the background too well for it to be identifiable. This is further compounded by the fact that some outlines are practically impossible to figure out because they’re so complicated and small on the display.

When this happens, it’s time to take advantage of the free hints you have access to. Thankfully, your hints will replenish between levels and you can accumulate extra ones by finding faded question marks in a room. However, using the hint system is even less fun than the frustrating gameplay, since it really just gives players will a free answer by highlighting a hidden object that hasn’t been collected yet. 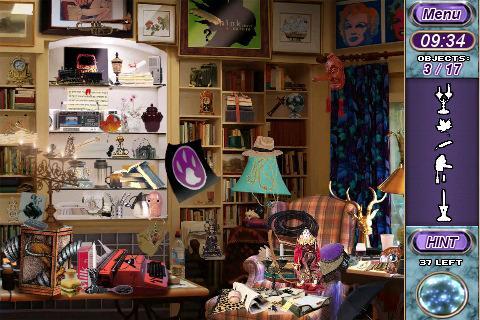 That’s the major problem with Paranormal Agency: there’s a constant feeling of laziness that surrounds it. It seems like the developers couldn’t be bothered to make the game enjoyable for those of us using it on an iPod Touch’s screen. The text is difficult to read, the touch detection system has trouble detecting touches on the right object, and you’ll often find yourself revisiting the same few environments in the game as your progress through its plot.

Perhaps the original version of Paranormal Agency is more fun than the iPhone version is. I can see it being much more appealing with the added precision of a mouse and a larger display to look at things, but it’s certainly not terribly enjoyable as it stands. There’s a free version of the game in the App Store, so if you feel compelled to pick this game up, try that out first.