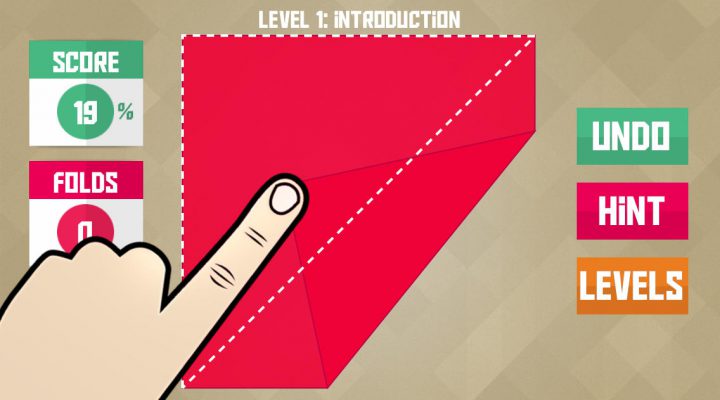 Relaxing and easy to get into.

No reason to have to resort to IAPs.

Various puzzles to choose from.

Ever wanted to dabble in origami but lack the patience to fold paper and deal with the crinkly remains when you make a mistake? You’re undoubtedly part of Paperama’s target audience. This leisurely puzzler finds you folding digital sheets of paper over and over to meet set goals for each level. It’s neither high-octane nor “exciting” in a conventional way, but it’s an interesting change of pace from the match-3 puzzlers and clones cluttering the App Store at present.

Through each level you’ll be assigned a piece of paper with a specific shape traced onto it. That’s your outline that you’ll need to follow, folding up your piece of paper so that it its within the guidelines. Swiping is easy enough to arrange the paper, and you’ll need to fold the sheets in specific ways to be able to meet each puzzle’s goal. It’s not always as exact as it could be, but overall it’s generally pretty simple to maneuver the paper to match the shapes in a manner that still nets you the level’s three-star rating.

If you happen to run into some difficulty while folding and need some help, Paperama does feature a decently helpful hint system that will aid you in upping your ranking. But it’s best not to rely too much on the hint system (which is quite generous) since completing a level on your own merit is genuinely satisfying. It’s rewarding enough that you’ll want to press on, especially if you’re looking for a game that’s perfect for explaining in short bursts here and there.

There’s a calming aura to the game that shines through the minimalistic setup, pastels, and inoffensive visuals. There’s not much going on aesthetically or aurally, but given the nature of the game you honestly don’t need much. The focus is on the origami portion, and you’ll benefit due to its low-key demeanor. There’s no pressure to perform, no paywalls to impede your progress, and no real imperative reason to drop any money on additional hints if you can’t figure things out. There are plenty of opportunities to try again and again if you feel like you just can’t progress, but no real reason for you to have to spend any real-world cash on the game if you don’t want to. 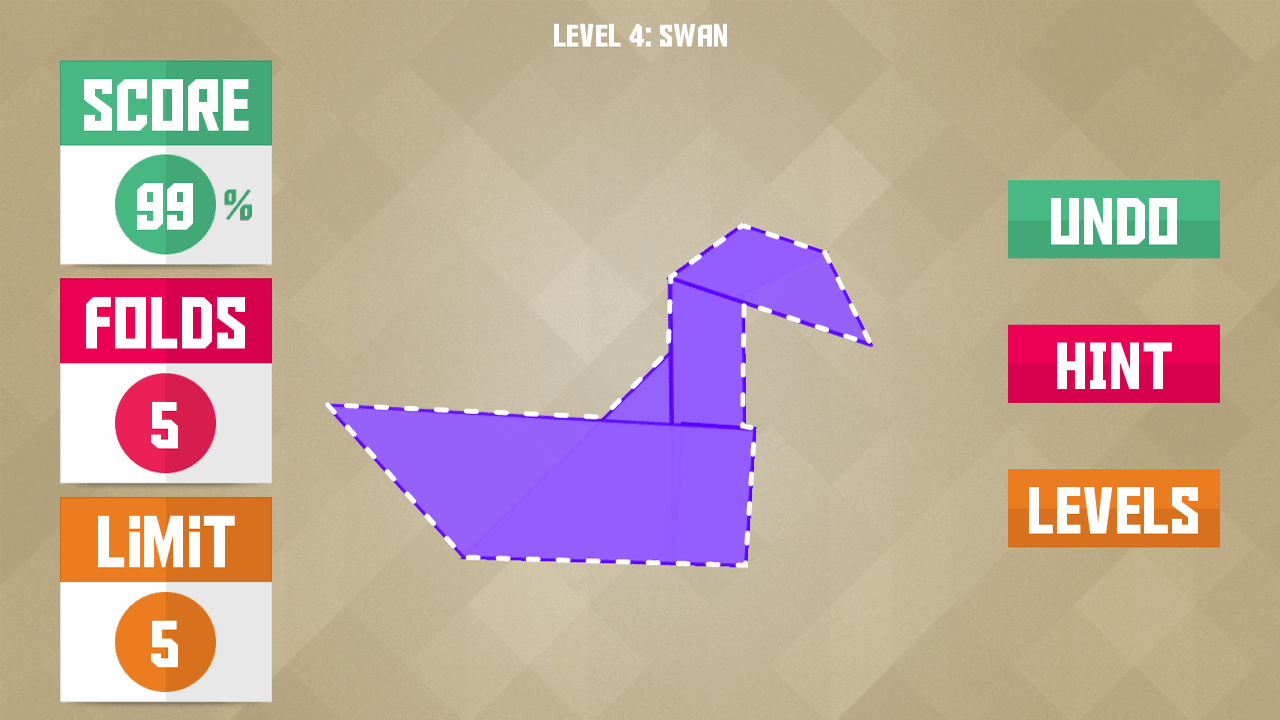 Paperama is a pleasing alternative to the more uptight and action-packed options on the App Store, and while it’s a little slow and feature-deficient since all you’re really doing is folding paper to meet level goals, it’s an intriguing departure that’s worth your time and attention, especially if you’re looking for something a little different than what you’d normally play.

Kim Kardashian: Hollywood Review – Celebrity’s a Farce, and This Game Knows It