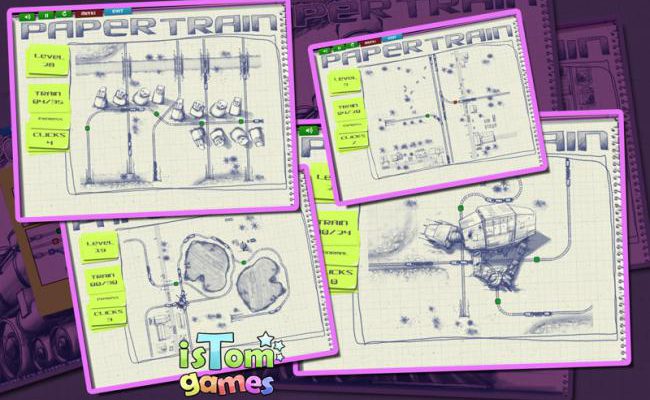 Anyone who grew up with model trains, Hot Wheels or Matchbox cars knows there’s only one way to play with transportation toys—by crashing them into each other, full force, with imaginary flames, flying twists of mutilated chrome and the shrieks of terrified bystanders. Such folks will have to curb those diabolic tendencies in Paper Train HD, a fast-paced strategy game that must keep those choo-choos a-chuggin’ in one piece.

Games don’t get much simpler than this. You basically control railroad traffic lights to make trains go or stop in their tracks with a simple click. The fewer times you click, the higher your score. The goal is to safely see a batch of trains ride off the screen safely. If they run into each other, you lose. As an added challenge, hapless nearby cows meander near the tracks, hoofing their way ever so closer to death, but you can click on the witless bovines to make them change paths. The more critters you save, the more bonus points are awarded. 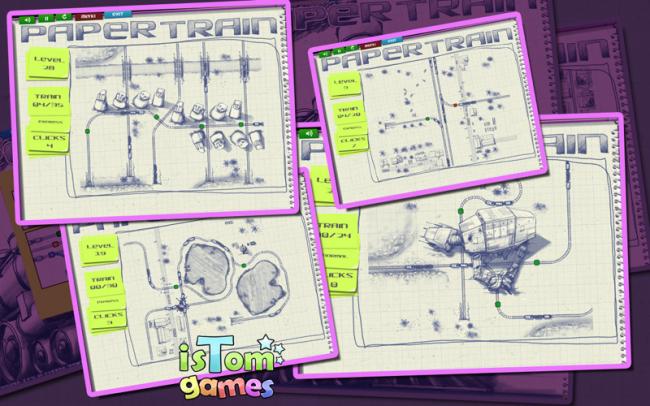 The graphics are pretty cool and clean, resembling pen doodles on graph paper. Despite the potentially gratuitous nature of the game, what with horrific collisions and trains running over large animals, the tragedy and gore and toned down to match the geometry class aesthetic. For example, when a cow gets bowled over, it splats an innocent ink spot, with a shamefully satisfying squishing sound.

The game is addictive and incredibly straightforward. Seriously—there are only one or two rules, basically. That being said, it would’ve been nice to see a bit more complexity thrown into the nearly 60 levels. The maps do get more complex, and include switches that change a train’s rail. Plus, you can always speed up the trains for an extra challenge. But additional obstacles could’ve added depth. Plus, the background music gets pretty old, considering it’s only one song. 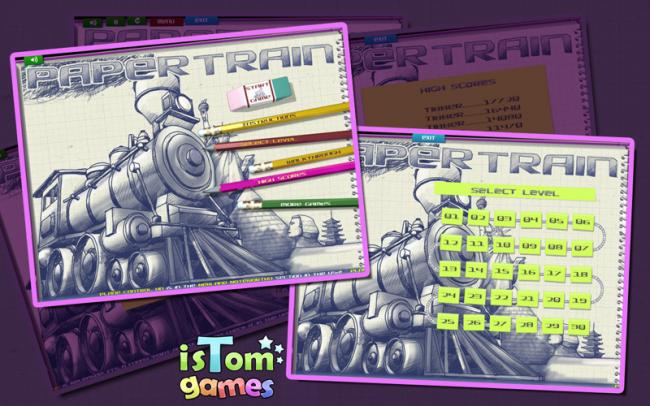 But there’s still a ton of fun to be found in this outing of cattle and cabooses. Lots of levels, and constantly trying to beat high scores ups the game’s replay value. You can also send your scores to an online leaderboard. Finally—a game that makes railroad traffic control a competitive sport!

Paper Train HD is slick and simple, and at times, fun that’s bordering frenetic. Despite the lack of diversity in gameplay and sound, as well as few new challenges introduced throughout, the game’s an easy-to-pick-up diversion that tests your multitasking ability. And your ability to refrain from blowing stuff up.