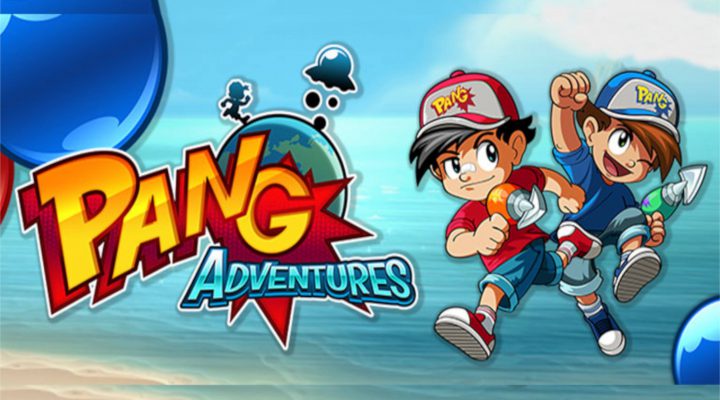 Awkward controls trip you up too often.

Maybe you don’t know it, but you probably played Pang when it was called Super Buster Bros on the SNES (and was adorned with box art suitable for the Radical ’90s). Go ahead and forgive yourself if you didn’t know the Buster Bros games actually belong under the “Pang” game label. Then go ahead and play Pang Adventures. Wallow in its nostalgic art. Breathe in its compelling simplicity.

But, er, do all that with a version of the game that’s not mobile-based. Unfortunately, Pang Adventures on phones and tablets suffers from a control scheme that doesn’t allow for the pixel-perfect accuracy you need in a game as frantic as this one. 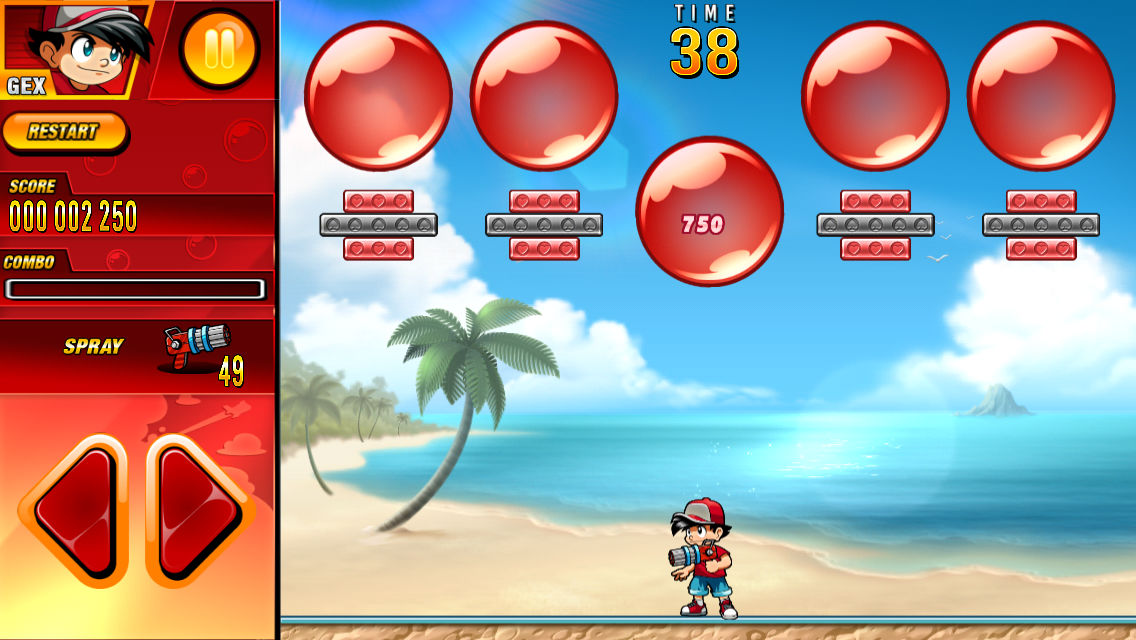 It sounds like a joke, but these bouncy projectiles are a force to contend with. They kill with a single touch, and when you attack them, they split up and move all the more quickly.

Which is exactly why you and the Pang brothers must hold hands and jump into the fray for the good of the world. You travel from country to country and clear each stage of bubbles while armed with a spear gun that shoots a single spear into the sky.

The spear gun is an idea weapon for bubble-hunting — at first. Your task becomes more difficult as the stages evolve to include objects like platforms and moving parts. Luckily, your arsenal likewise scales upwards to include Gatling guns, double-shot spears, and power-ups like shields and time-stoppers.

There’s a reason why the popularity of Pang / Buster Bros has endured with arcade fans for so many years. Pang Adventures is uncomplicated arcade-style fun. Your objectives are to dodge, shoot, and survive. The game’s learning curve is flatter than the 100th meridian. Its graphics are appealing, colorful, clean, and utilize an anime style that helps all those Buster Bros ’90s box art nightmares fade away.

Unfortunately, the game utilizes a control scheme that seemingly hails back to the earliest days of mobile games’ arcade-to-phone adaptations. Two permanently-fixed buttons on the left side of the screen move you left and right, and a permanently-fixed button on the right fires your weapon. If your finger misses these buttons in the heat of the action, you’re likely to suffer death by bubble.

Pang Adventures’ controls aren’t unworkable: Your left-and-right movements still register as long as you slide your thumb close to the left edge of the screen. But if you slip outside this “control zone,” you freeze up and are left vulnerable. The end result is a lot of unnecessary deaths. 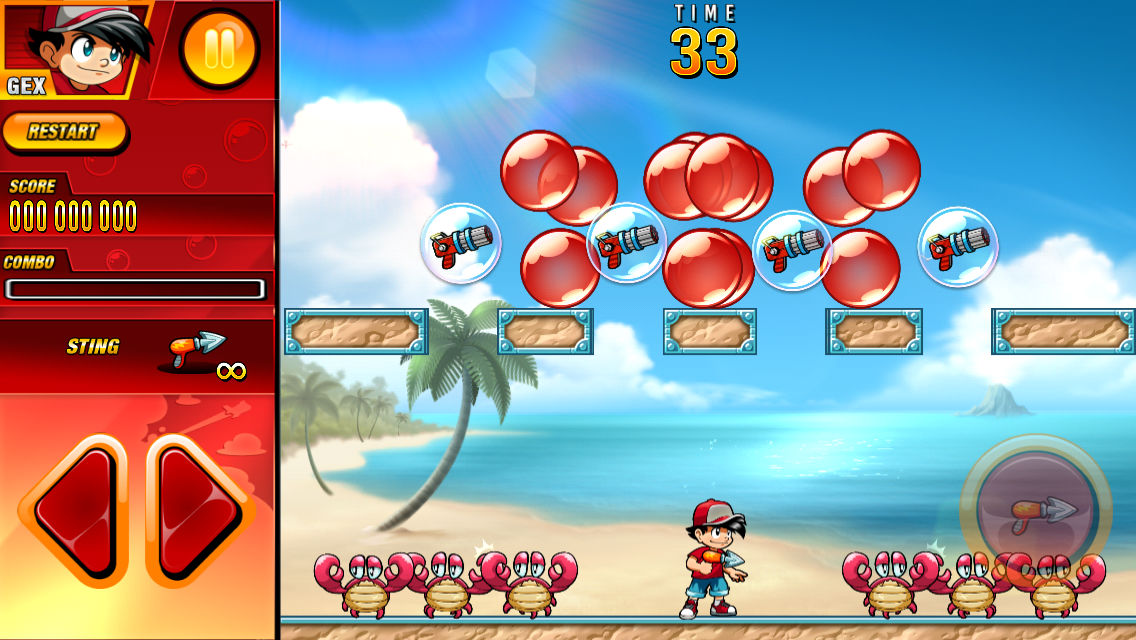 A potential fix isn’t hard. Ideally, we’ll see an update with floating controls that register from any position on the screen. It’s a little baffling why DotEmu didn’t opt for floating controls in the first place — or even the option to change the position of the virtual d-pad.

At its core, Pang Adventures is a grand arcade flashback from a great time in gaming’s history. Until we get that hoped-for control fix, however, this adaptation of Pang remains an awkward collision of the past and the present.

Gnomes Garden 3: The Thief of Castles Review – No Castle, No Cry