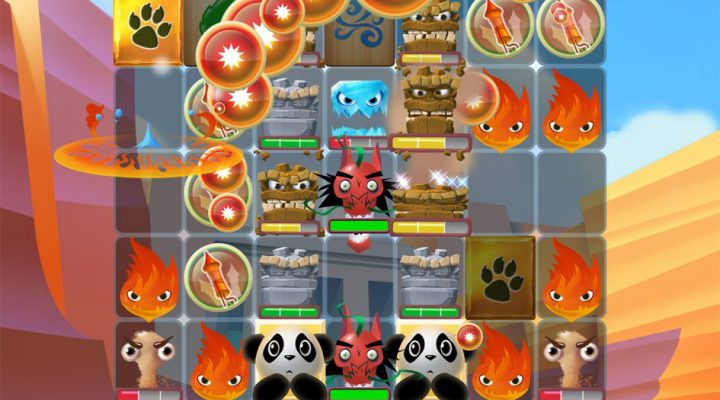 The free-to-play revolution has forced companies big and small to reinvent themselves, and one of the biggest—some might say the “Biggest Fish” in the pond—has had to do the same.

Recently, Big Fish Games pushed the evolution of the match-three genre with match-three/slots hybrid Cascade, and this month they set their sites on reinventing the ancient game of mahjong. Some might say mahjong doesn’t need reinvention, but after playing Panda PandaMonium, Big Fish’s fast-moving 2D take on the game, even the naysayers are bound to be convinced. 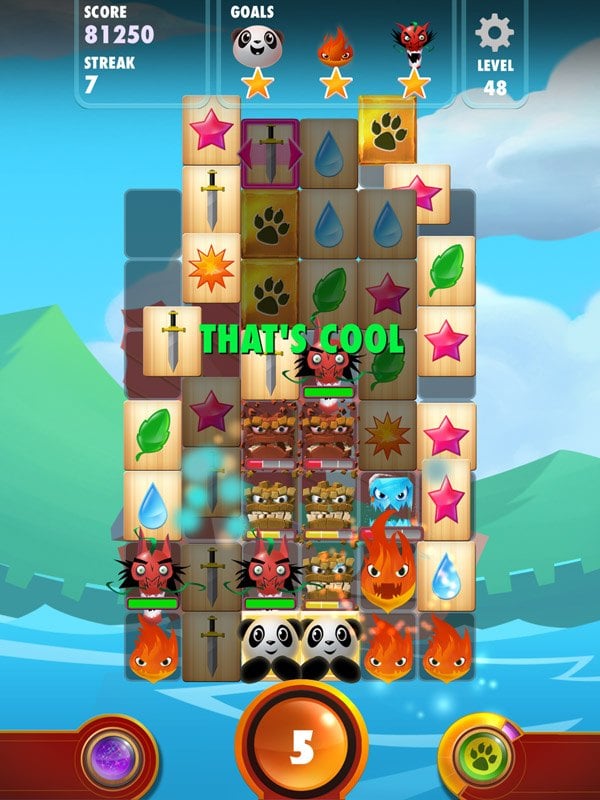 PandaMonium isn’t a misspelling of “pandemonium”- it’s a punny reference to the over-reaching goal of the game: to save a pair of baby pandas. These cute little fuzzballs are trapped within a two-dimensional grid of mahjong tiles and can only be freed once those tiles are removed.

As in traditional mahjong, the idea is to remove tiles by matching pairs of them with similar icons. Pandamonium also borrows the idea that tiles are freed only after adjacent tiles are removed first. The main difference between Pandamonium and old-style mahjong is the lack of layers.

Normally in mahjong, tiles are stacked several layers high and the challenge is removing them from top to bottom; in Pandamonium’s 2D approach, the challenge lies in removing various obstacles. These can come in the form of stones, fire, ice, or unbreakable metal blocks and each must be dealt with differently. (For instance, stones are broken by matching tiles next to them, and fire is put out by matching water tiles next to it.)

Elemental barriers are the least of the little pandas’ problems though; in addition to that, they’re guarded by dragons, and these dragons can’t just be removed—they must be attacked by matching multiple pairs of sword tiles.

Panda PandaMonium differs even further from traditional mahjong through its use of downward-cascading tiles. Each level allows you to add tiles/cascade the board a set number of times, which helps when you find yourself unable to make any further matches. It’s also necessary in most cases, for achieving your objectives.

Objectives vary by level, and consist of things like defeating all the dragons, removing all the obstacles, collecting a certain number of specific tiles, and achieving “streaks” (varying numbers of consecutive matches). More often than not, you’ll need to cascade the board in order to continue matching, and learning when to do this is the key to success.

The only downside to the game (if it can be called that) is the degree of planning required in higher levels to achieve the objectives. 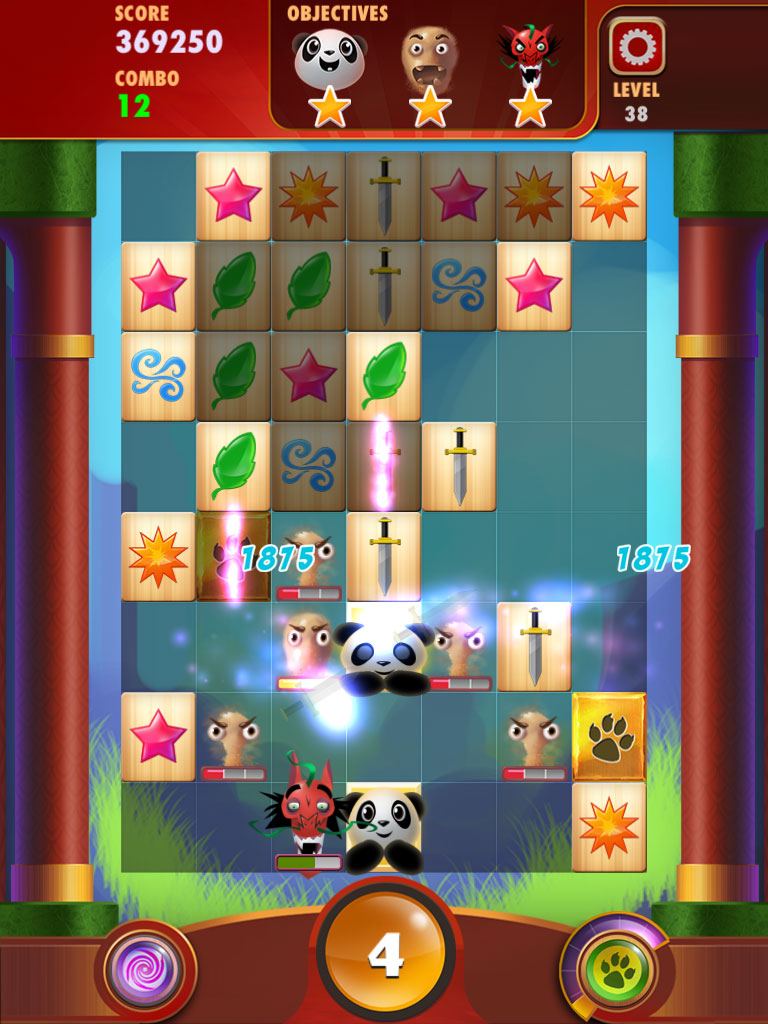 Like many free-to-play games, Panda PandaMonium works on the energy/life system. You’re allowed three lives; every objective you achieve rewards you with a life, and you can keep playing as long as you keep clearing levels. Once you run out however, you can always purchase more lives with Jade (the game’s currency) if you want to jump back into the action right away.

Jade is also necessary for unlocking higher levels if you don’t have the patience to earn them. Every six hours you’re given the chance to win some Jade, but you can also buy it with real money. (Note: prices start at $1.99, but unlocks are cunningly priced so that the $9.99 pack is the only one that makes any sense.)

Panda PandaMonium is a refreshing and entertaining descendent of traditional mahjong. It’s good looking and easy to learn, and though clearing higher levels (say, level 50 and up) demands a high level of strategic planning (or the purchase of in-game currency), there’s plenty of free fun to be had before then. It succeeds by paying proper respect to mahjong’s past while adding in more modern elements, and as such, is great fun for mahjong players old and new.