Home / Reviews / Paige Harper and the Tome of Mystery Review 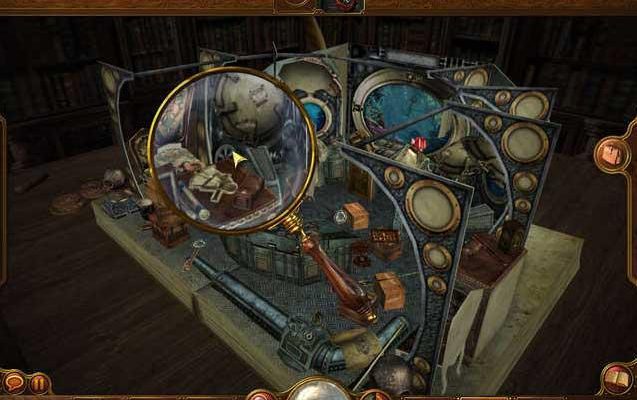 A stunning hidden object game with an unusual perspective on the genre – literally.

The next time you think you’re having a bad day at work, remember poor Paige Harper, who was just doing her job when she was went to collect a rare book and ended up trapped by a mysterious tome. A spirit who had been similarly caught for many years told her they’d all be free if Paige could just defeat the book’s many challenges. So begins Paige Harper and the Tome of Mystery, a hidden object game with an unusual perspective on the genre – literally. 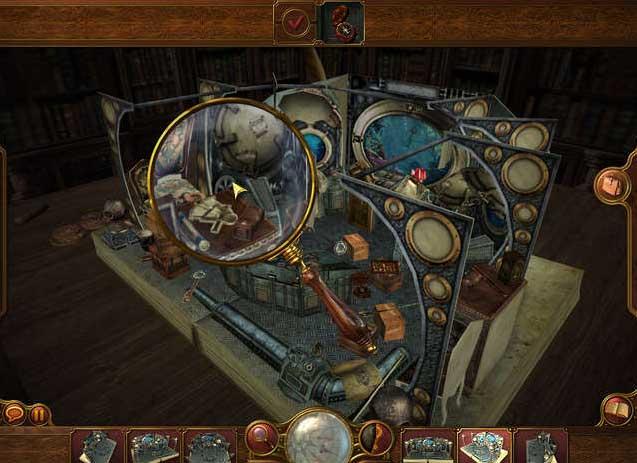 To crack open the seals of the book keeping her prisoner, Paige must visit some of the most famous literary works of all time – Hamlet, Treasure Island, Romeo & Juliet, and so forth – and help the characters solve their problems. The books open to reveal paper dioramas depicting scenes from specific chapters, and these are where your searches will take place. You’ll have to jump from chapter to chapter to get all of the necessary items you’ll need to help the characters with their quandaries. The olive oil you get from the pharmacist in Chapter 2 of Romeo & Juliet will help you move Juliet’s bed in Chapter 4 so you can get at that last love note from Romeo. Such game-padding backtracking usually annoys me, but it works well in Paige Harper and never feels too forced.

For the item searches, you’ll be provided with pictures of items you’ll have to find, as opposed to a written list. The things you have to find make sense within the setting of the book you’re reading at the time – provisions for the trip in Treasure Island, tools to fix Captain Nemo’s sub in 20,000 Leagues Under the Sea, and so on. You’ll have to do more than one search for each chapter, and usually need an inventory item found somewhere else to finish. Your cursor will change to gears to indicate when part of the scene is interactive, such as cabinets that swing open or chairs that move out of the way. Some areas will require a bit of puzzle solving, too, such as pipes that need to be connected or a torn map that must be reassembled. 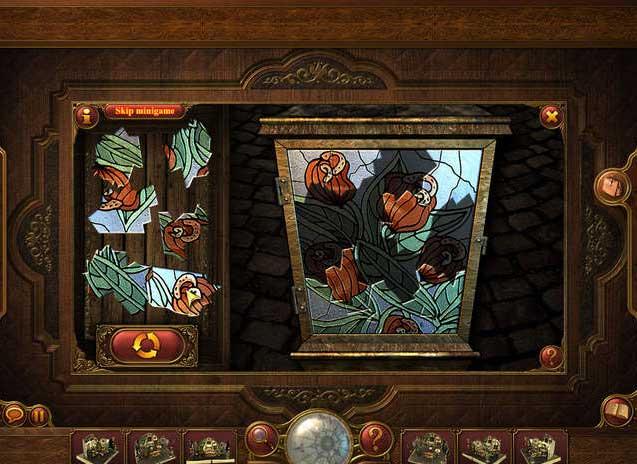 Right about now, you’re perhaps remembering that line in the opening paragraph about how Paige Harper has an “unusual perspective” and thinking to yourself that so far the game sounds like business as usual as far as hidden object games go. What sets Paige Harper apart from other HOGs is how it takes advantage of the two-dimensional nature of its scenery. Each location you’re searching is a pop-up section of a book – move the book a bit, and what looks like a fat barrel is now nothing more than a thin slip of paper. Six buttons along the bottom of the screen allow you to look at the book from different angles, revealing areas that can’t be seen from other perspectives. It’s a simple mechanic that’s used brilliantly and to maximum effect – just don’t forget to look on the backs of bits of scenery!

The paper nature of Paige Harper does have a bit of a downside, though, as it can be tough to tell one tiny object from another. The game does thoughtfully include a magnifying option that zooms in quite well on the scene, though searching an entire location that way can be a recipe for a headache. The hints recharge quickly, though, if you’re really stuck.

Even if Paige Harper and the Tome of Mystery wasn’t wonderfully inventive, clever, and cheeky, I’d tell you to play it simply because it is so incredibly beautiful. Each chapter is simply gorgeous and immediately recognizable to anyone familiar with that particular story, but everything in the game is lovely, even the main menu. If you’re looking for a beautifully polished HOG experience, Paige Harper is the way to go.