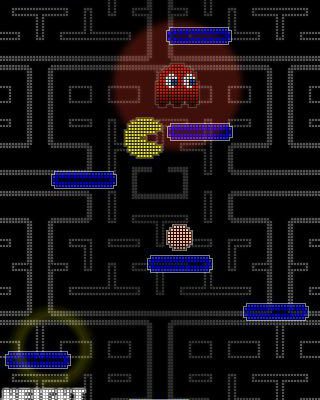 PAC’N-JUMP may be a Doodle Jump clone, but at least it’s a good one

Stop me if you’ve heard this one before. There’s a bargain priced game on the App Store that’s all about a character who jumps. He jumps and jumps and jumps some more. Eventually he falls, the player checks his score, and tries again. Sounds an awful lot like Doodle Jump, right? Well it should: PAC’N-JUMP is Namco’s blatant attempt to cash in on the success of this App Store mainstay.

The gameplay in PAC’N-JUMP is going to feel strikingly familiar to anyone who has ever played Doodle Jump before, which – let’s face facts – is just about everybody. Players will tilt there device to the left and right to guide Pac-Man as he endlessly jumps from platform to platform. Avoid enemies, collect power-ups, and survive as long as you can before falling to your death. It’s a formula as old as the iPhone itself, and PAC’N-JUMP does little to change it. 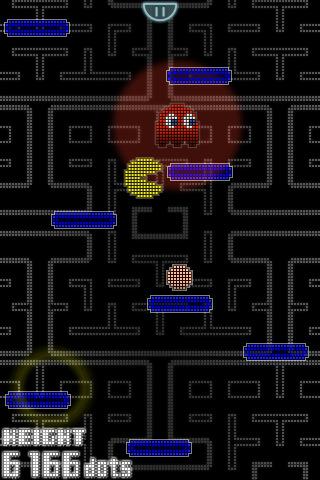 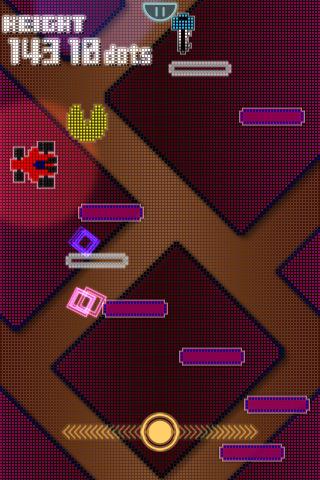 That being said, there’s enough in PAC’N-JUMP to make it stand out as one of the better Doodle Jump clones on the App Store – especially for fans of classic arcade games. Rather than avoiding non-descript monsters, players will need to dodge ghosts as they climb their way to the top. Gobbling up a power pellet will let you eat the ghosts that get in your way, and gobbling up regular pellets and fruit will help propel you upwards. In fact, some sections of the game are made up entirely of pellets and fruit, forcing you to guide Pac-Man skyward without the safety of a platform in reach – and that’s just the first stage.

PAC’N-JUMP is made up of four stages based on classic arcade games, each of which is unlocked after players collect a set number of points. Better yet, each stage has its own unique play elements to contend with. So while you’ll be dealing with ghosts and pellets in the Pac-Man stage, you’ll need to avoid fire-breathing dragons in Dig-Dug, or cars that drive back and forth and cause you to ricochet in Rally-X. The most true-to-its-roots stage is Galaga. As players ascend to greater heights, enemy ships will wait at the top of the screen, later descending to the bottom in patterns that can really throw you for a loop.

Unique stages aside, though, the gameplay in PAC’N-JUMP remains largely unchanged from its source material. Namco has also seen fit to include some alternate control options for those who dislike tilting, but as a Doodle Jump veteran, using anything other than the tilt just felt strange. Still – the analog slider and digital button choices are a nice touch, and will no doubt be of great benefit to those who hate to tilt.

PAC’N-JUMP may be just another Doodle Jump clone, but it’s a good Doodle Jump clone. With a little bit of variety and some fun retro flavor, PAC’N-JUMP offers a terrific alternative to The Doodler that any Pac-Maniac should enjoy. It may not re-invent the wheel, but fans of the genre will definitely dig what PAC’N-JUMP has to offer.