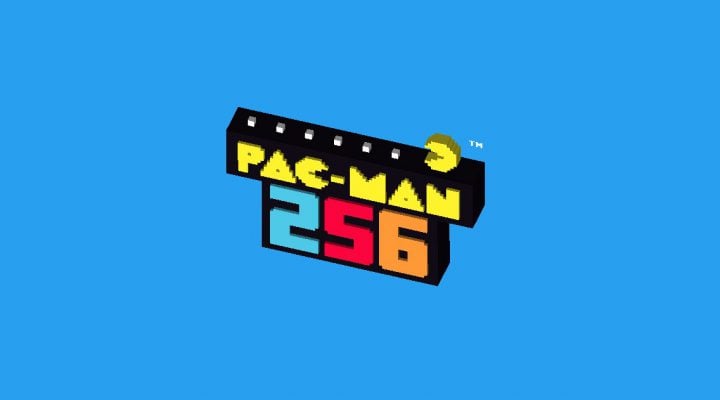 A perfect combination of classic Pac-Man gameplay and new enhancements, including unique ghosts and a wide variety of power-ups.

Endless format is a great fit for Pac-Man; the shifting maze layout keeps each playthrough fresh and engaging.

Free-to-play model is extremely generous with endless gameplay without paying a cent, but the option to do so if you'd like to unlock an even more premium experience.

Pac-Man games are not in low supply. From minor revamps of the original classic to total reimaginings of its gameplay and everything in-between, players do not want for a way to step into the shoes of Toru Iwatani’s pizza-inspired hero. Considering this, Pac-Man 256 might seem like just “another” way to experience the abundantly ready pellet-gobbling gameplay. 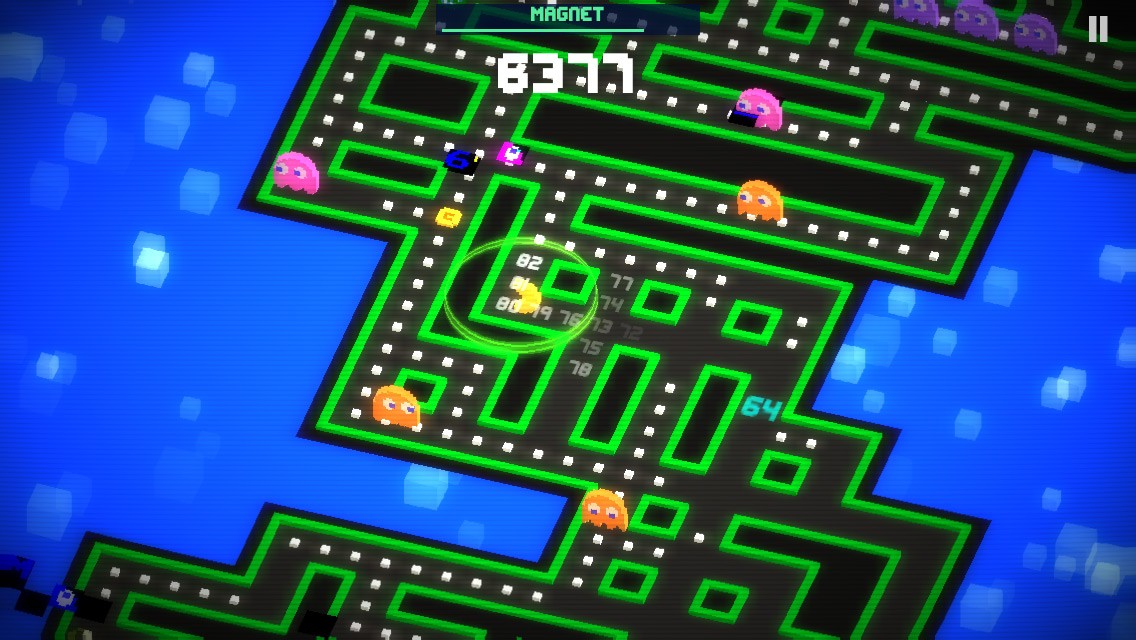 The latest claimant to the citron throne is a collaboration between Crossy Road developer Hipster Whale, Cubemen2 team 3 Sprockets, and Pac-Man parent Bandai Namco. Although Hipster Whale’s hand is keenly felt through many of the game’s design choices, from its “Endless Arcade” subtitle to the sound effect used for collecting their easily recognizable coins, Pac-Man 256 is not just a reskinning of Crossy Road. In fact, once you get past the aesthetic similarities and into the heart of the gameplay, it’s easy to forget the two titles are related.

Pac-Man 256 is built on the basic rules that have kept Pac-Man a classic all these years. It’s a consuming high score chase that rewards forethought but allows for last minute maneuvering, giving players control of a seeming underdog that can transform into an overpowered wrecking ball for short bursts of unopposed destruction. All these elements and their specific incarnations are alive and well in Pac-Man 256: the insatiable yellow shape of our hero, the relentless ghosts that chase him around corners and through tunnels, and the power pellets that allow Pac to turn the tables and become the chaser instead of the chasee. With all of this presented on a simple, pixelated, four-column maze that harkens back to the original arcade, the initial feeling is of pure nostalgia and almost déjà vu.

Once you get a few paces into the world, however, everything old is new again. What was a series of static, confined spaces to patrol in 1980 has been transformed into a living, shifting web with unpredictable expansions and contractions. Turning Pac-Man’s maze into an endless series of procedurally generated corridors breathes new life into the experience and opens up the options for player strategies. Where pellets were once required for level completion, they are now just one of many ways to work towards a high score. And that high score has no cap, unlike the infamous level 256 kill screen that inspired the massive, glitchy tidal wave that chases Pac-Man in this reincarnation, slowly cutting off any backwards retreat.

This endless, mostly open world also allows for the new and unique ghosts introduced in Pac-Man 256. Although players will still have to contend with the shifty-eyed patrols of Inky, Blinky, and Clyde, a number of other A.I. attackers have been added. Pinky now dashes at Pac with twice his speed, easily catching him if he stands in her line of sight for too long. Gray ghost Spunky snoozes on the job, but will give heated pursuit if awoken. Green and purple chains, Funky and Sue respectively, travel in straight paths horizontally and attempt to cut off Pac-Man’s path mid-waka. The jumbled mess of Glitchy appears suddenly and gives chase randomly before disappearing into the ether again. 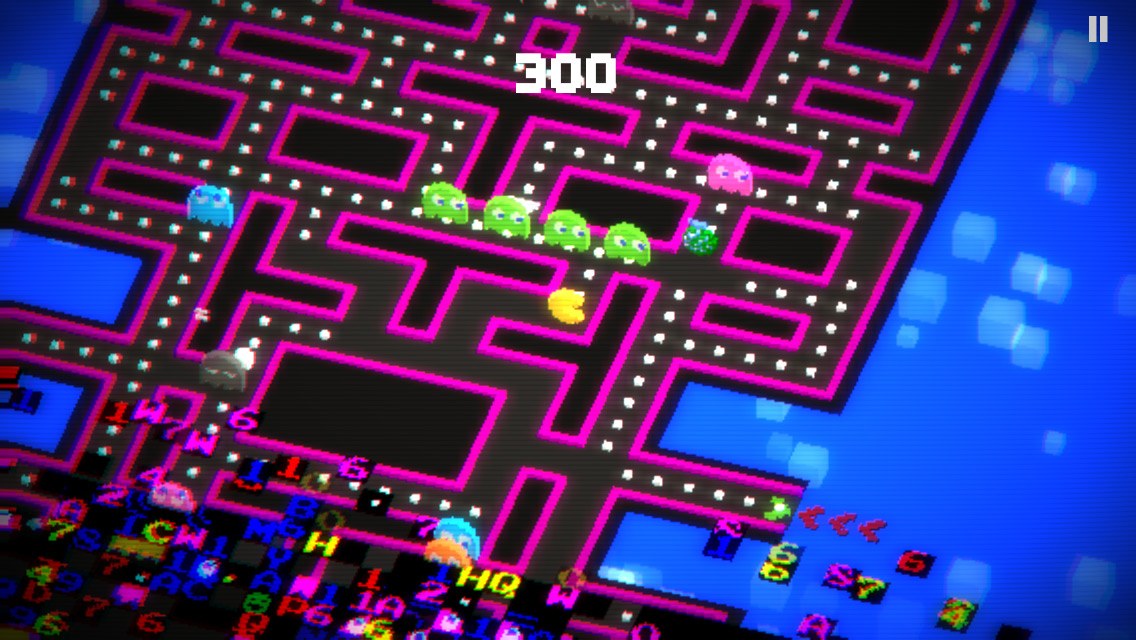 These types of ghosts would have been too much to contend with in the single-stage setting of past Pac-Mans, but they work perfectly in Pac-Man 256. Your continuous movement and option to avoid whole sections of the map allow you to bypass some ghosts entirely while quickly dodging and changing lanes to escape others. Even when two ghosts are homing in on either side of you, there’s often an alternate escape route not far away. And then there are also, of course, the power-ups.

Everyone’s familiar with Pac-Man’s ability to transform into a ghost-devouring fiend after ingesting a power pellet; the ghosts fear this event so much that they turn into quivering blue masks of terror when it happens. Power pellets unsurprisingly dot the landscape in Pac-Man 256, but they are only one of the weapons in Pac-Man’s beefed up arsenal. This time around, our hero has access to laser beams, bombs, freeze waves, stealthy invisibility, and a slew of other skills that turn ghost-hunting into ghost-annihilating. Just like power pellets, Pac-Man has to actually ingest one of these abilities for it to take effect, and they only last a short period of time. But the fact that you can take three different abilities into a single run, and they can be upgraded with coins to even more powerful versions, means Pac-Man is declaring all-out war. 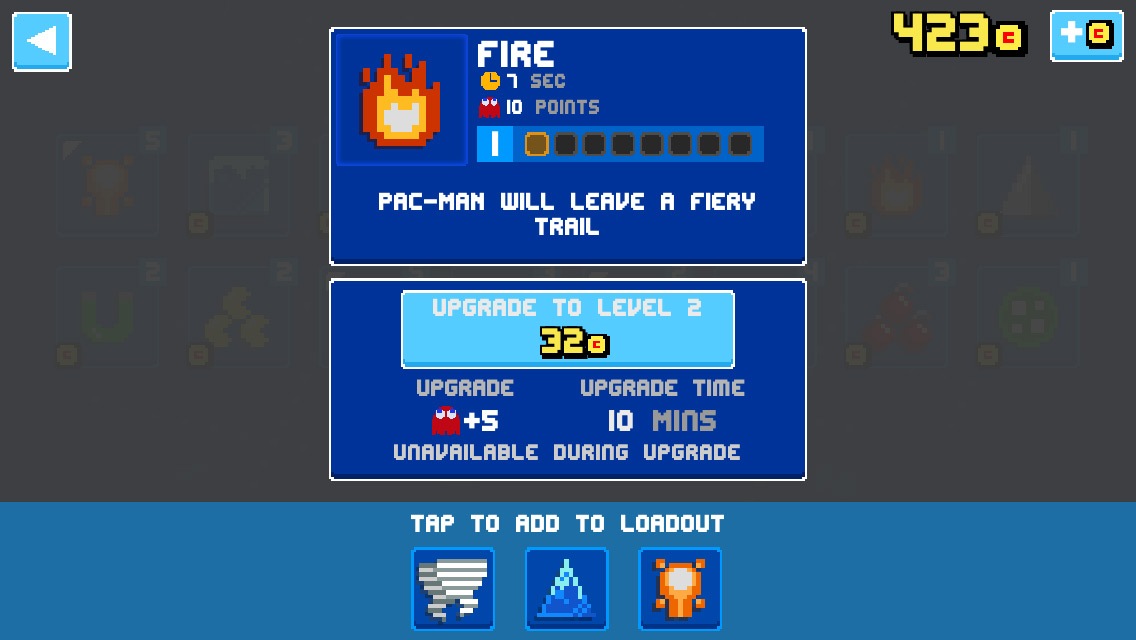 It’s really this variety — in ghosts, power-ups, and the maze itself — that is so rewarding in Pac-Man 256. Although you’ll eventually learn best strategies and favorite maneuvers, no two runs play the same, and there are always new surprises waiting around the corner. Even little features, like conveyors belts that impact movement direction, can seriously affect your approach to the maze and how a run turns out. Yet despite the random layouts, pre-planning and strategy are still key. Choosing the right power-ups is crucial, and pulling off last minute turns and escapes is both necessary and consistently harrowing.

Hipster Whale and partners have managed to put the skill-based, training-rewarding gameplay of the classic arcade into a short-burst, endless mobile experience. It’s still the same Pac-Man that you can imagine being featured in tournaments — both universally accessible and painstakingly conquerable — but without the predictable grind of the historically static boards. The best parts of Pac-Man are still here, and all the new features are now some of the best parts of Pac-Man.