Home / Reviews / Oxenfree Review: Echoes of the Past 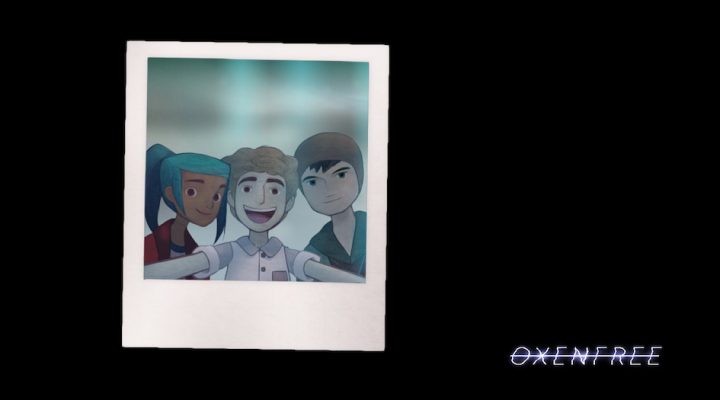 A well acted and interesting story

Dialog interruptions are bothersome and inconsistent

There’s so much I enjoy about Oxenfree’s weird story, but to spoil it would be to ruin half the fun. Suffice it to say that if you like adventure games at all, you need to play Oxenfree. There are a few bumps along the way, but it’s absolutely a journey worth taking.

Oxenfree begins with a group of friends visiting a not-quite abandoned island to attend a party. Wait! Come back! It’s not like that horrendous House of the Dead movie, I swear! 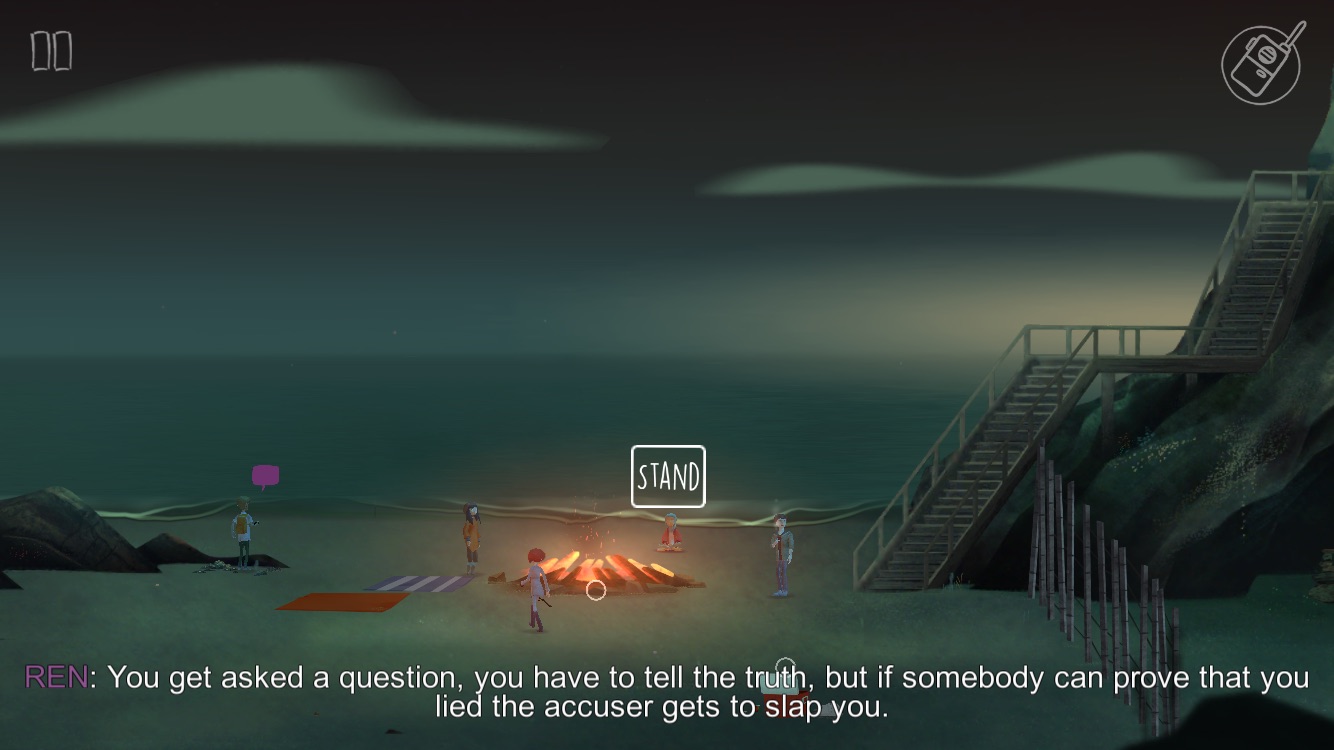 Shortly after arriving it becomes apparent that the shindig won’t be as well-attended as everyone was expecting. So it’s just Alex (the protagonist), her step brother Jonas, her best friend Ren, the reprehensible Clarissa (she’s the worst), and Clarissa’s much more pleasant friend Nona. They meet up, gather ‘round a bonfire, dispense with some (reasonably natural) high school banter, and then it’s off to explore some nearby caves when — actually, you’re going to have to figure the rest of it out for yourself. I really don’t want to spoil anything, sorry.

But I will say that the voice work, dialog, and overall story are all very well done for the most part. There are a few awkward lines here and there, a few moments that falter or don’t have the impact you’d expect, but by and large it’s very impressive stuff.

Oxenfree is fundamentally a point-and-click adventure game, but not of the older hunt and peck variety. Tapping will get Alex moving (and finding her own path around obstacles) to the appropriate location, while contextual buttons will appear whenever she’s close enough to investigate a point of interest. No clumsily sifting through different action icons here! It’s also very much appreciated how unobtrusive icons will appear on said points of interest once Alex gets within a certain distance, letting you know there’s a thing over there you can check out if you’re so inclined without cluttering up the screen or forcing you to meticulously scour the environment. 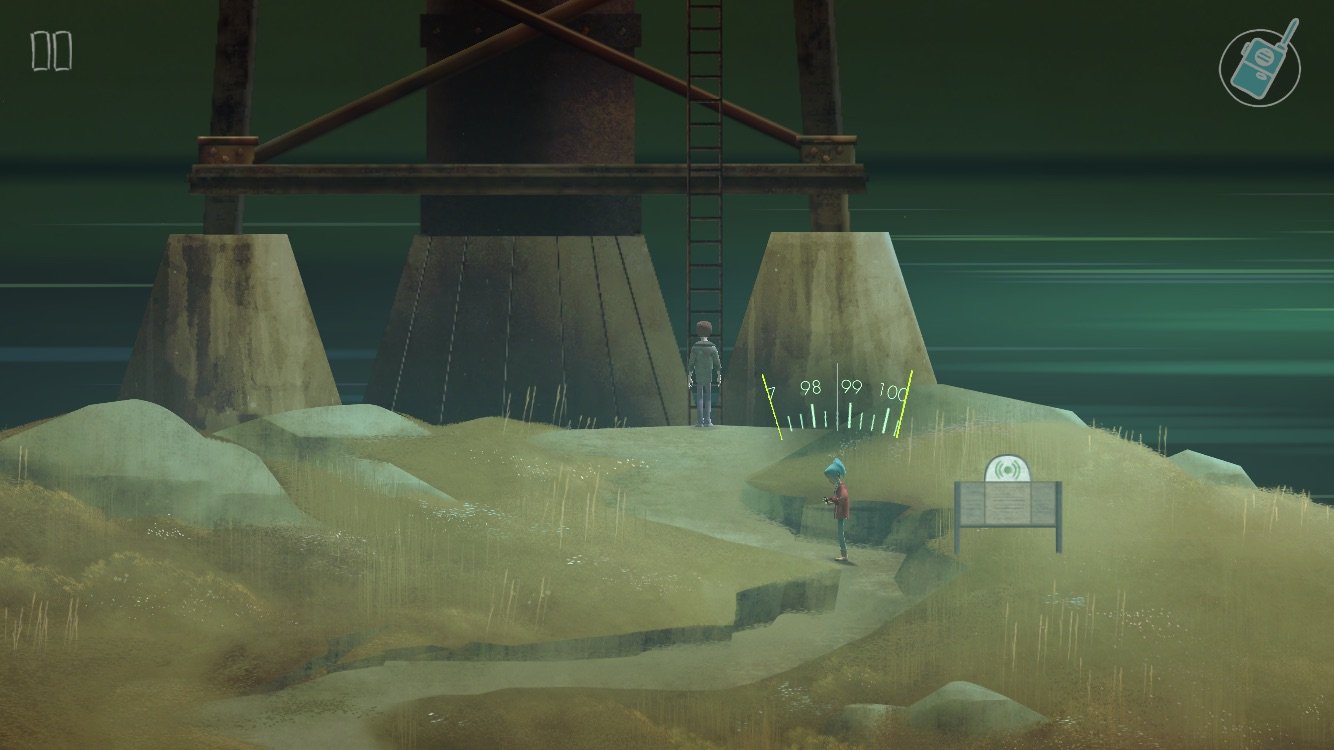 Much of what happens in Oxenfree is tied to Alex’s radio, which can be used at any time in order to try and “tune in” to various signals around the island in order to solve some puzzles and… other stuff. It’s a simple idea that yields some interesting results, and I really do like how adjusting frequencies is made easier by way of color-coding (it changes hues as you near and land on important frequencies) in case you have trouble listening to what’s going on — say if you’re playing in a noisy area with no headphones or something.

What’s disappointing is how Oxenfree sometimes hobbles its own well-presented story bits. As I’ve said, the voice acting is solid, almost all of the dialog seems comfortably natural, and the overall plot is intriguing. But most of the character interactions (which are important to the story and to their own development) where you can choose Alex’s responses are awkward in their execution. 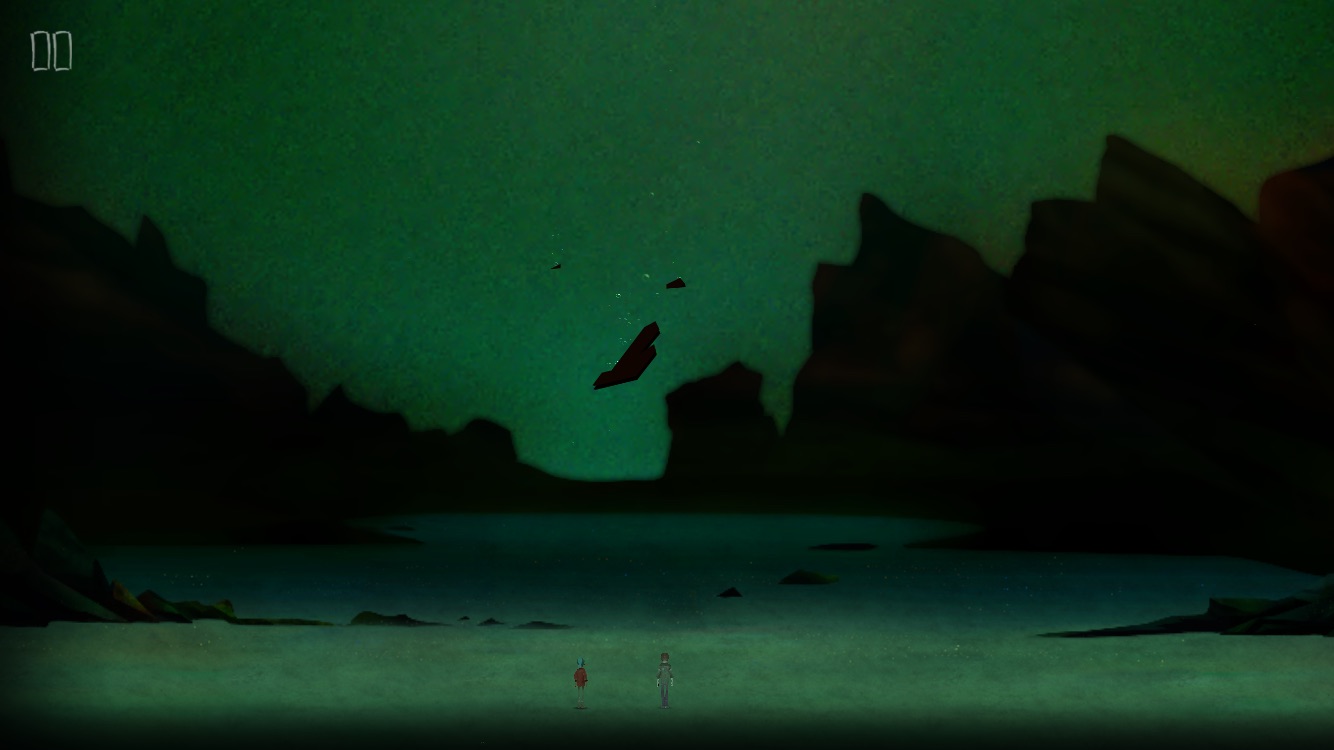 For one thing, most of the time the window for picking a response is super brief. Something that would make sense in certain situations where time is a big factor, but more often than not it obnoxiously prevents me from being able to consider my choices. I don’t think getting rid of the timed response elements is necessary, but it would be nice if I had enough time to read all of my options — let alone have a few seconds to decide which one I want to go with.

Alex’s dialog often ends up interrupting everyone else, but not all the time. Wanting to hear all of what someone’s saying has resulted in me missing out on dialog choices entirely on more than one occasion, and other times when I do manage to pick something, Alex just sort of steps over the speaking character’s lines in a manner that comes off as awkward at best and just plain rude at worst. But the thing is, it doesn’t happen consistently. Sometimes picking a response will result in Alex patiently waiting for the other person to finish their thought before she chimes in. Why can’t most of the dialog options be like this? Again, I can understand that there are certain points where her interrupting someone (I’m looking at you, Clarissa, you jerk) makes sense form a story standpoint, but most of the time it seems completely unnecessary. 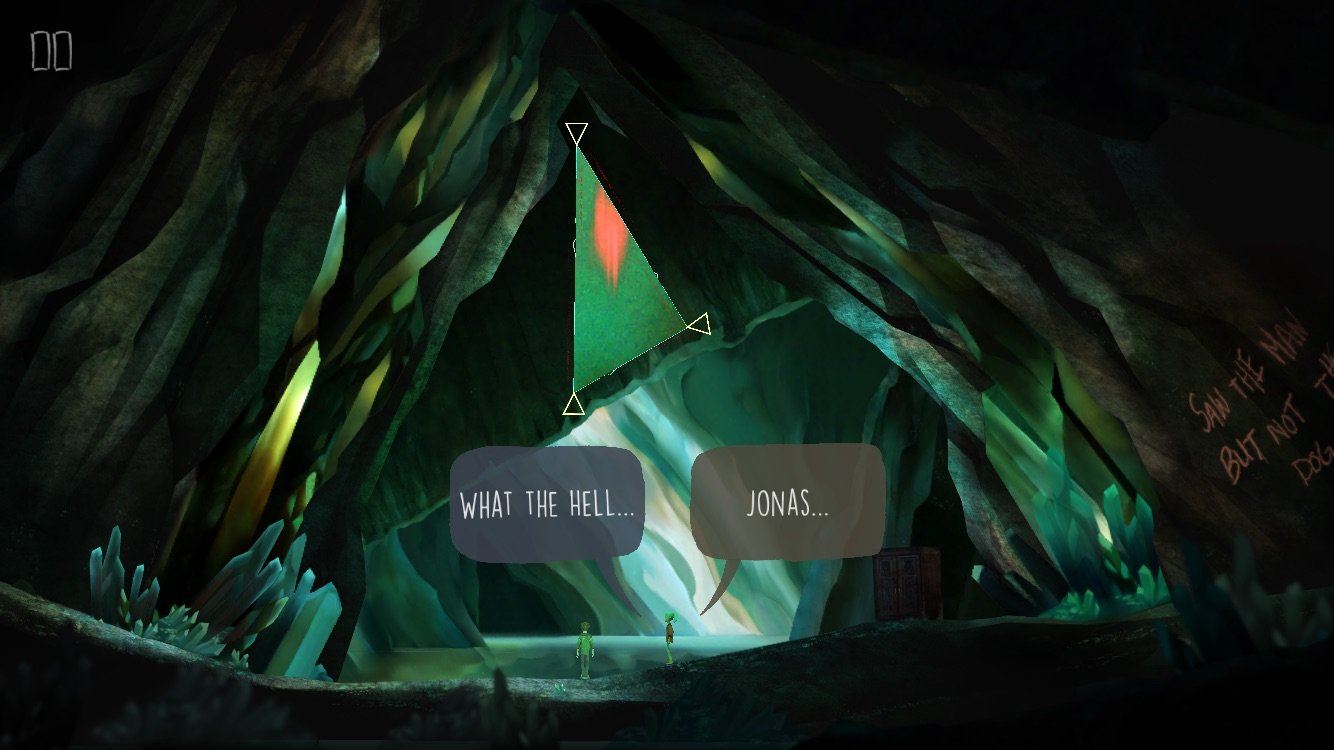 Still, the main reason the dialog interruptions and too-quick option selection moments bother me is because I was so immediately drawn into Oxenfree’s story and interested by its characters. I want to be able to take the time to absorb and enjoy everything. Pushing everything along like that so frequently only does the game a disservice. I still enjoyed the game despite these gripes, certainly, but I know I’d enjoy it even more if they weren’t as prevalent. Though I suppose being able to say “I really, really like it” instead of “I love it” is perfectly acceptable.