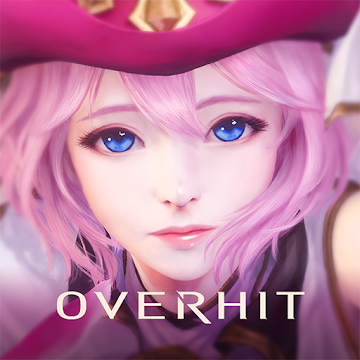 One of the best looking games on mobile

The formation system is great in theory

Overhit is easily one of the best looking mobile games we’ve ever come across. If only that hard work could have extended to the actual gameplay we’d have one heck of a game on our hands.

Instead, this is just another standard gacha RPG that we’re loathe to really call a game as it’s, ultimately, an exercise in who can spend (waste) the most money.

We’re absolutely awestruck by the visuals. Playing this on the iPad Pro with the graphics pumped up to maximum was an absolute joy. You really get the feeling that it’s pushing the boundaries of what we can expect on mobile, and we’d love to see an actual premium RPG with this level of visual flourish.

But it’s not just the visual polish we fell in love with, we actually loved the formation system too. While it’s ultimately pointless in a game that’s completely devoid of any strategy, we actually got a kick out of creating various different teams.

So you can bring five heroes with you into battle, and place each of them anywhere on a three by three grid. The heroes in the backline receive a 30% damage reduction, the middle line a 15% reduction, and the frontline no reduction at all.

We toyed with placing three tanks in the front row, three damage dealers in the back, and various different other formations and actually had a lot of fun with it. We’d love to see this system make it over to an actual game with real strategy because it’s a lot of fun.

Lastly, there is a level of polish here that sets it above and apart from the vast majority of other gachas. It’s fully voiced by some extraordinary Japanese voice acting talent and the cutscenes are very well-animated. We mostly skipped through them as the story is your usual nonsense, but were still pretty amazed by how great it all looked.

It’s not really an issue with the game but the genre itself, but after playing what feels like hundreds of them at this point we really just can’t get onboard with gachas at all. We can just see through all of their distasteful tricks.

The early game is far too easy and you’ll just mindlessly plough through enemies. You’ll get a bunch of the rarest characters for free. You’ll initially get showered with rewards.

All to give you a false sense of security. You’re amazing at this game, you’ll plough right through to the end, receiving a ton of rewards and the best heroes along the way without any real effort.

Then you’ll hit the paywall and drop a few dollars to climb over it, having to do so again a few levels later. Each time the paywall is a little more expensive.

For us, that’s just not a game as the challenge is entirely artificial. If you can’t get through a game based on player skill – or hard work, as indeed grinding in JRPGs is – then that’s not a game. It’s just spending money.

Besides, you’re not really playing anything. Your characters automatically attack when it’s their turn and all you can really do to affect the battle is to order them to use one of two skills on their next turn. It’s hardly the height of strategy.

Overhit is no doubt one of the best looking games on mobile, with an unprecedented level of polish that elevates it above the majority of other gachas. The formation system when setting up your team of heroes is also excellent, hinting at an extra layer of strategy.

Ultimately though, it’s not enough to save it. This is just another bog standard gacha RPG when you clear away the fancy bells and whistles. It’s not really a game – just an exercise in spending money. We should all just try and ignore these like a bad smell and hope they go away some day.

Talion Review – More of the Same or an MMORPG Evolution?

Toy Story Drop! Review: To Match-Three, and Beyond!