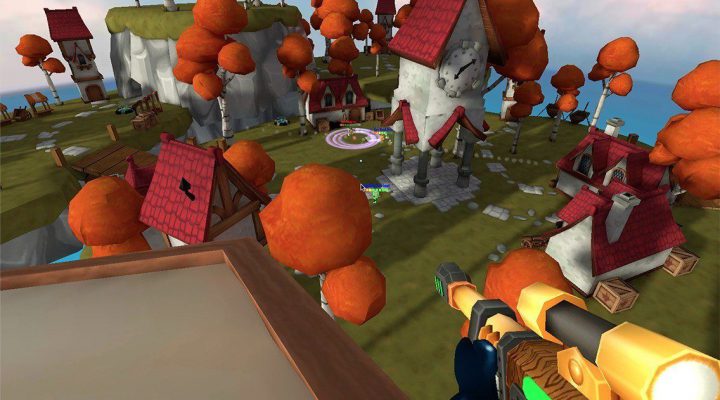 Free loot if you keep playing.

Riddled with bugs and issues.

Mobile devices are a great platform for some genres, but for others they can be a bit disastrous. The first-person shooter genre can be viable if enough effort is put into making the controls workable, or if the game is interesting enough to retain players. BioShock is a great example, as it’s a great miniaturized port of the excellent console-based game. On the opposite end of the spectrum, Overclock FPS is cute and simple, but unfortunately that’s about all it is as skill and strategy are thrown out the window, leaving a frustrating mishmash of buggy, substandard gameplay.

Overclock FPS is actually part of the Battle Bears franchise, a series of shooters that feature adorable little teddy bears outfitted with rugged armaments and other items that make them the most adorable little soldiers around. While some Battle Bears games are third-person shooters, Overclock FPS is first-person obviously, but features the same characters. You can select from a team of bears that you can outfit with different equipment, skins, and abilities, but there’s not as much customization as you’d expect from a full-fledged shooter here. 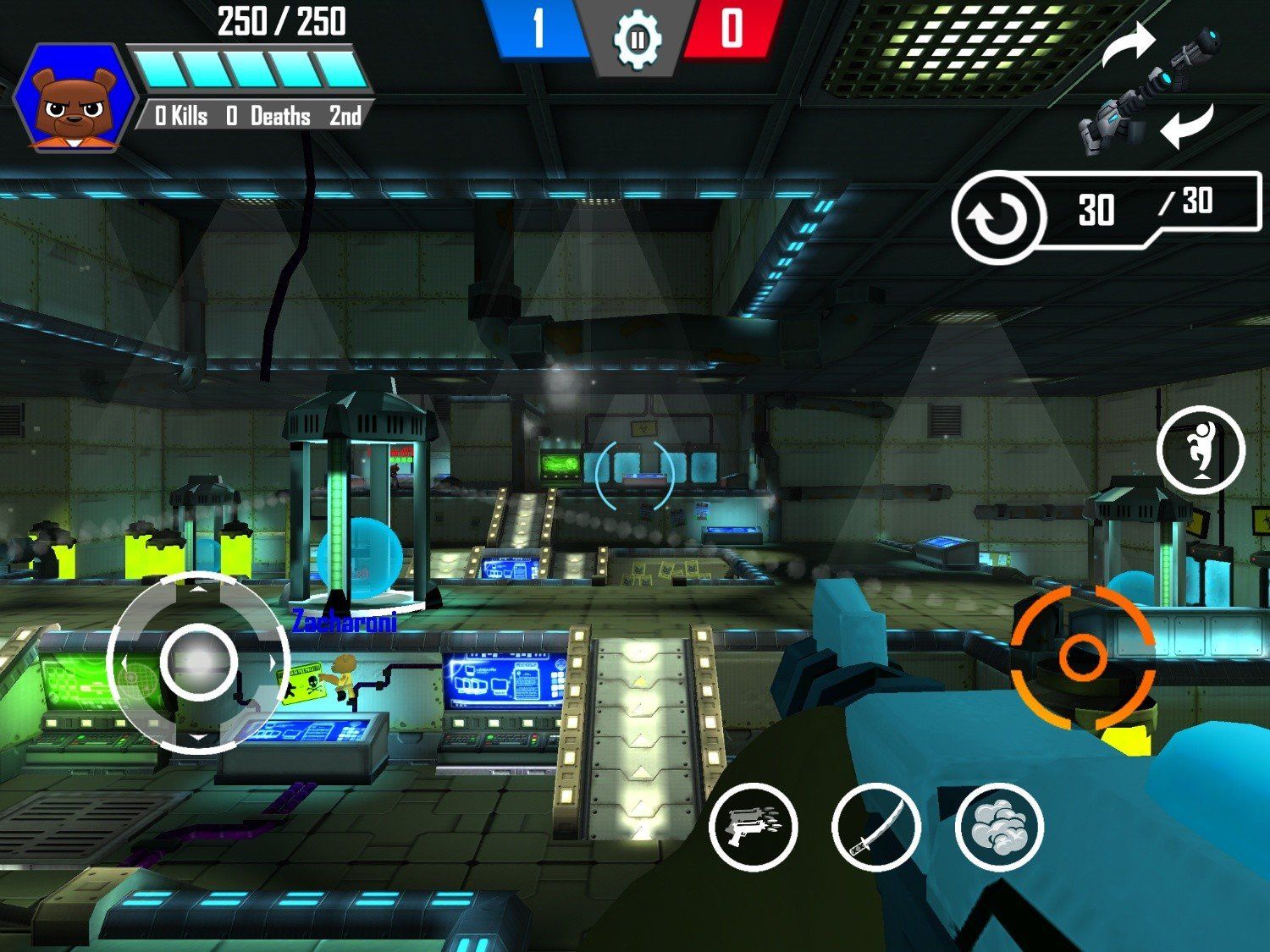 Once you’ve chosen a bear and a username, you can complete a tutorial mission to help get you acquainted with the game itself or use Quick Play or Join to get thrown into battle. It wasn’t an issue finding games to enter, as there’s a surprising amount of people playing the game at present. You join an arena as other players shuffle in, and it’s an all-out bloodbath from there as you hunt down other players in a Team Deathmatch brawl across several maps. It’s a functional, if not pedestrian game, with bizarre design decisions and simplistic mechanics that sap any fun you might have been able to have from you minutes into battle.

For starters, the on-screen touch controls are barely responsive and strangely placed. The fire button is on the right side of the screen, directly below where you’re expected to be able to move the camera around. First-person shooters obviously rely on the camera and player-chosen movements to both target and eliminate victims, so being able to freely position the camera should be a breeze. Too often moving the camera results in you shooting at the same time due to odd placement, running you out of ammo and forcing you to wait for the gun to “respawn” as you throw the gun, Borderlands-style, when it’s empty.

And the whole time you’re vulnerable, for others to run up on you and mow you down.

Additionally, the game isn’t actually all that challenging. There isn’t any real cause or need for strategic planning or playing other than running around aiming for anyone that gets in your way. You can earn loot chests for playing regularly and there are different skins to unlock and items to use in battle, but that’s about the end of it. Your greatest enemy is the game itself, as you can fall off the map, expect games to come to a screeching halt due to network issues, and random crashes.

It’s clear that Overclock FPS wants to be a much more engaging and influential multiplayer shooter, but its dull delivery, plodding difficulty, and lack of real options as well as the various issues with the game keep it from being one. The bottom line is, there are way better shooters on iOS to choose from, especially if multiplayer matches are all you care about.