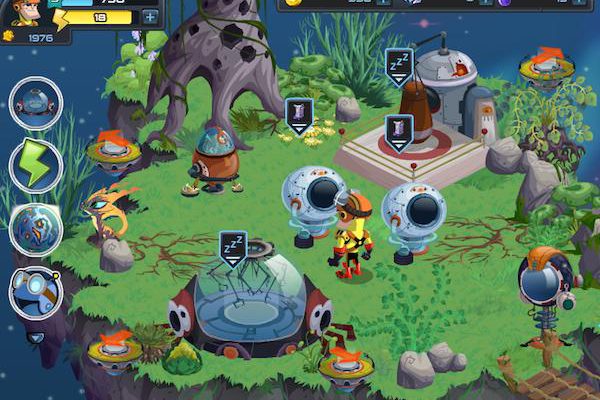 An out of this world monster capture experience

If I had a nickel for every time that I heard someone was advertising “The next Pokémon“, I’d be able to afford plenty of better games. The monster capture genre is hard to pull off: you need a perfect balance of engaging combat, decent animations, rewarding exploration, and depth. To this date, I haven’t found a single game even worthy of the Pokémon comparison. Until now.

EA and Insomniac’s new social game, Outernauts, is the closest thing to the Pokémon system I’ve seen yet. In itself, that’s saying a lot. But beyond the engaging monster capturing and battling, Outernauts provides plenty unique experiences that make it the perfect time sink of its own.

Set in outer space, you are one of the game’s titular Outernauts: intergalactic monster trainers and keepers of the peace. After choosing one of five elemental creatures as your starter, it’s up to you to venture off and train your way to the top of the galaxy. Instantly, players are treated to smooth and colorful in-browser visuals

Collecting and battling creatures works almost identically to the Nintendo series we all know and love. Dwindling a feral creature’s health to near-zero before throwing a gravity orb (Pokeball equivalent) is as engaging as ever. And getting that “almost caught it!” dialogue is as frustrating as ever. It brings you right back to the 90’s.

Battles are surprisingly deep, as well. Creatures can go toe-to-toe in single, double, and even triple battles. Creatures have the same repertoire of four interchangeable attacks, and mechanics such as weakness and STAB (same type attack bonus) are well in effect. Menus are extremely useful, offering instant explanation of each attack’s power and effectiveness, as well as immediately indicating whether or not your attack will deal out weakness or resistance. 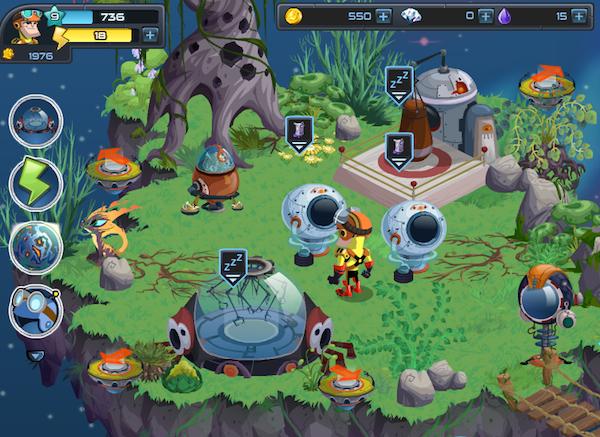 But it’s not just the combat that’s satisfyingly deep. Outernauts has the mechanics of a Pokémon game built into a traditional Facebook building sim. While capturing and battling play an important role in your adventure, I found myself equally engrossed in the several options available for building, travelling, and expanding.

There are dozens of unique planets, each home to their own set of quests and dungeons. Deeper mechanics, such as gear, training facilities, item development, fuel gathering, and loot gathering represent just a fraction of the multiple ways that you can find yourself losing hours of your life. The balance between sim and battles is extremely satisfying, allowing players to easily focus on the element that they like best.

As is the trend for Facebook games these days, Outernauts is free to play. I’m happy to report that the game’s premium systems rarely, if ever, interfered with my free time. The traditional energy-based system expired for the first time after two hours of play (it replenishes after each level-up), and walking away from the game for an hour or so is all you’ll need to start up again once you’ve finished. Currency can also help pay for increased production speed and stat modifiers, but I never felt that the game pushed extra options in a way that felt unnatural. 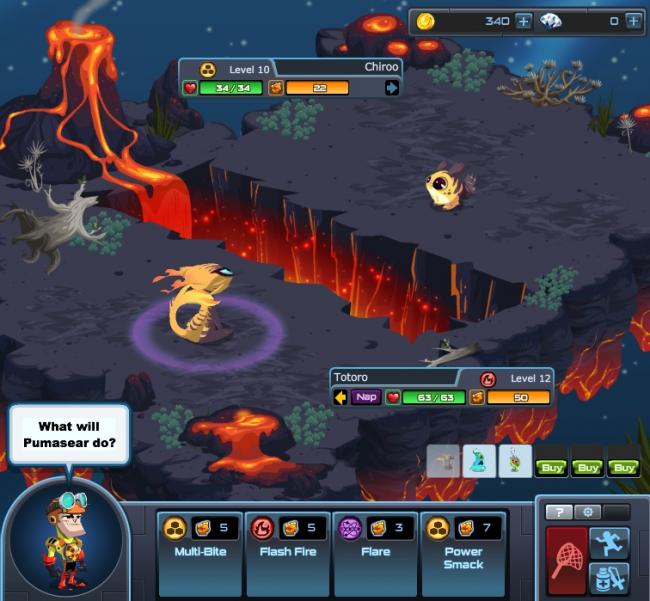 Being on a social platform, you’d think that working with friends would be a major factor in Outernauts, but it’s pretty light in comparison to the game’s emphasis on single player exploration. Friends can help you build spaceships, lend resources, and move a little faster through your journey, but provide little else. While battles between friends are possible, they’re only available in the form of asynchronous battles. It’s still plenty of fun to duke it out with your best friend’s team, but being able to compete against them live would have been icing on the cake.

Outernauts might not have the same charm in its creatures as Nintendo’s enormous franchise, but honestly, it’s going to be hard to fight against a decade and a half of nostalgia and development. What is just as good, however, is the combat, and that’s something I haven’t seen accomplished by another game yet. Throw in the addicting management and exploration options, and Outernauts is clearly one of the strongest games to be released on Facebook to date.