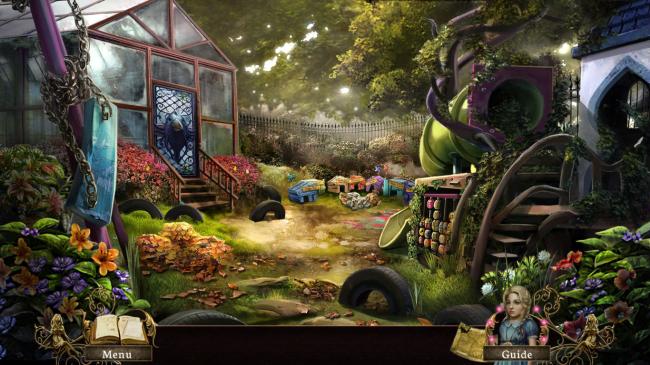 Return to the land of the Fay and stop an evil Shade from covering it in Eternal Winter.

A year ago I was blown away by Boomzap’s first Otherworld game, Spring of Shadows. The minute I finished that game I was looking forward to its sequel, and was tickled this month to be asked to review it. One hour into Otherworld: Omens of Summer though,it occurred to me that there are two scary things about achieving perfection: there’s no way to improve upon it, and it’s often impossible to live up to it.

Omens of Summer begins mere minutes after the events of Spring of Shadows, after you’ve saved a young girl named Fiona from a beast called the Shade. Though you saved the girl you failed to defeat her attacker, so you’re unsure of what to do next. Fiona suggests you visit her old school teacher Ms. Thomas, since the bespectacled school marm’s been researching a means of dispatching the Shade. When you arrive at the school, you find it covered in a thick layer of magic camouflage. Fortunately, Fiona has an amulet that gives you “the Sight” and with it, you can see through all kinds of magical veils to the realities beyond.

What made Spring of Shadows so amazing was its incredible atmosphere, beautiful graphics, interesting mechanics and tight, surprising writing. While Omens of Summer recreates some of that magic, it doesn’t pull it off as fully. The graphics continue to be stunning, thanks to a magical setting that allows for a broad range of excuses for beauty. It’s also still fascinating to see environments change before your eyes as the Sight reveals them for what they are, and it’s great not knowing where the story might take you next. My favorite thing, graphically speaking, is the game’s frightening take on fairies. (It’s so intense, there’s actually an age warning at the game’s start indicating that it might not be suitable for players younger than fourteen.) Omens of Summer embraces the ancient fairy myths, wherein the Fay are not glitter-sprinkling cutie-pies, but mischievous—and most likely dangerous—magical creatures.

While the art is still as good as it gets, the gameplay takes a bit of a left turn. There’s still a lot of variety, with hidden object scenes, puzzles and match-two modes interspersed; but this time there are fewer transformations brought on by the Sight. Hidden object scenes are still unique and far more interesting than the ones found in other casual adventures, however it’s the game’s puzzles that take the real chances. It’s said, “No risk, no reward,” but it’s also said, “The bigger they are, the harder they fall.” Omens of Summer‘s puzzles breathe new life into what’s fast becoming the most homogenous aspect of hidden object games, and when they succeed, they really succeed. (In particular, I loved one involving lantern fish). When they don’t however, it’s because of misleading instructions and baffling controls. I venture to say that even hard-core point-and-click gamers might be confused about how to solve some of them. 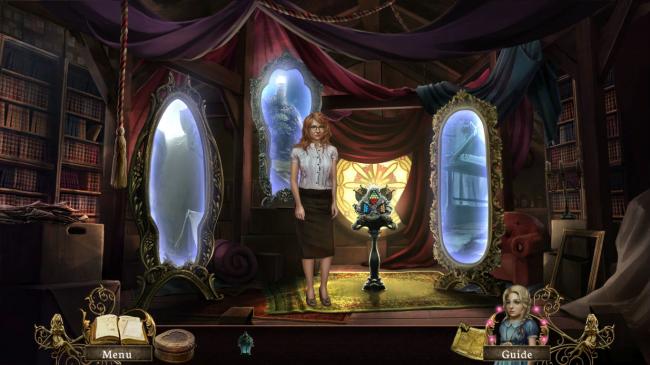 Another element that doesn’t quite reach the pinnacle of excellence I was hoping for is the story. In a mystery story, it’s not good when the audience knows whodunit early on. I guessed in the first hour who was behind all the magical shenanigans, and was disappointed three hours later to have my theory proved right. More of a let-down than that though, was the main game’s ending, which felt unresolved, and the painful cliff-hanger ending of the bonus chapter.

The bonus chapter picks up minutes after the main game’s end, and while it introduces us to some fun new characters, its unwillingness to even pretend to wrap anything up is sort of a slap in the face. Even the game’s other extras: the wallpapers, concept art, music tracks, strategy guide, cutscenes and minigames can’t make up for it.

In a way, Otherworld: Omens of Summer had the cards stacked against it from the beginning. The freshness of its predecessor’s look and feel, not to mention its wholesale brilliance set this gameup to be a second-generation disappointment and its hit-or-miss puzzles and less-than-perfect storyline force it to play second fiddle. Then again, compared to other games in the genre, Omens of Summer is a paragon of beauty and innovation. It’s spooky, ethereal, thought-provoking and graphically luscious—if you overlook its appreciable flaws, it’s well worth taking the time to play.