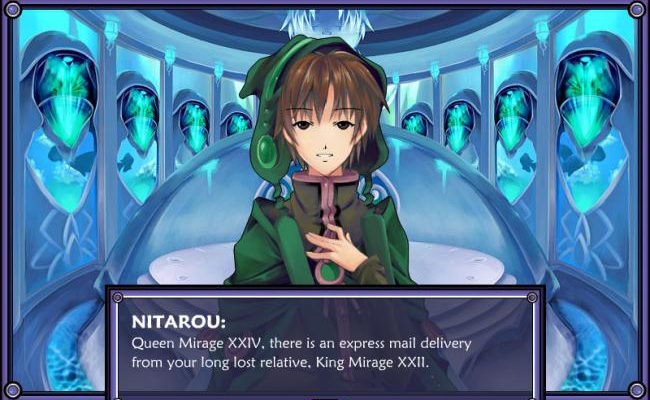 Other Age Second Encounter is a dating sim bogged down by tedious dialogue and exploring.

We’ve seen plenty of tongue-in-cheek dating sim-cum-visual novels, with humorous back-and-forths between the protagonist and the available love interests. Other Age Second Encounter attempts to follow this path, but instead comes across as rather childish and immature, with poor dialogue, story and direction.

OASE also mistakes quantity for quality. There are 10 different girls to date, with over 200 illustrations and a whopping 55 endings to find – however, you’ll most likely have discovered only a handful of them before you decide that this is a game not worth playing.

The story behind OASE is not exactly run-of-the-mill. You play the son of a Queen, who is embarrassed because the daughter of a rival king has found a boyfriend, while you are still single. She throws you in front of her special dating machine that can summon any girl in the world (and in time) simply by inputting your likes and dislikes. 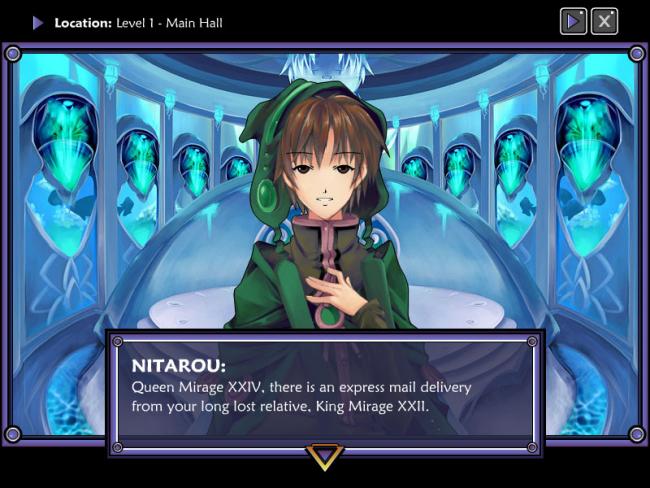 Once a girl has been summoned (and perhaps accepted the situation a little too quickly), you’re then tasked with taking her on a date and making her happy. The setting is Mirage Castle, a royal castle set underwater. There’s a cinema to visit, a shopping area and a mine underground, amongst other places.

Initial confusion springs from the fact that OASE doesn’t really explain what you’re meant to be doing. You’re told to take your girl on a date, but then spend the next 10 minutes drifting around the castle, talking to everyone possible in the hope that something will happen. Eventually someone will guide your way, but it doesn’t feel like a great start.

In fact, the experience stays that way throughout. Even when you’ve managed to progress the game forward, it’s still usually a case of talking to everyone available and finding something to push the story on. Fortunately there aren’t too many places to visit, so it doesn’t become too frustrating. 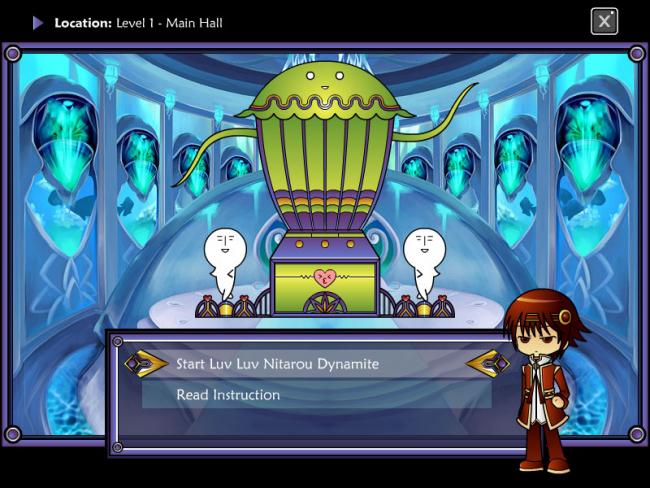 There are ten girls in total, and each provides a completely different story and set of tasks to follow. One may want to go exploring in the mines, and another will want to go shopping. There’s a great feeling of variety, yet at the same time it’s not very fun to explore. Most of the characters to talk to will be called something prefixed with the word ‘Dude’, which really sucks the personality out of the game and made us not too keen to look around.

The dialogue is also quite childish. You’d expect your character and his chosen girl to be a little immature, but not every single character! Even the queen talks as if she is ten years old, with multiple exclamation marks and generally poor banter.

There are a number of minigames that attempt to break up the main adventuring, including steering an airship and a digging game in which you click buttons as they light up, but these are also pretty dull. Unfortunately, for the most part OASE comes across and immature, boring and unimaginative. 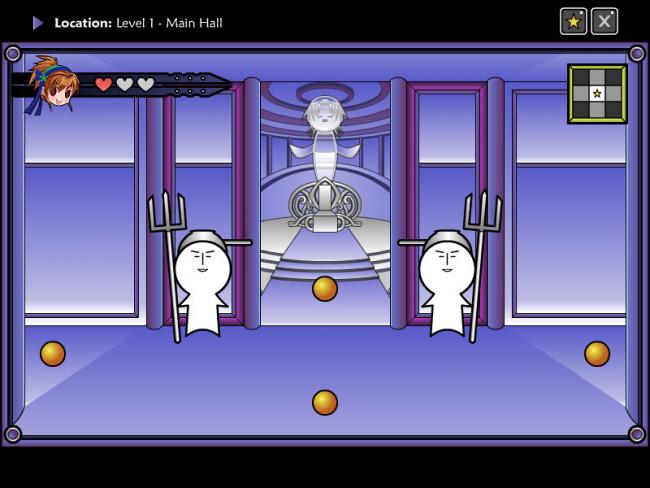 It doesn’t look great either. The game is written in Flash, but the capabilities of the platform are not properly explored, and the whole thing is poorly presented with visuals ranging from average to terrible. The saving system is also atrocious, using a password system plucked straight from the 80’s – after every single action you make, you’ve given a new password you need to write down on a piece of paper and then enter into a box if you ever want to go back to that point.

Compared to the majority of dating sims out there, Other Age Second Encounter is very second-rate. The story doesn’t flow, navigating the castle is tedious and conversations are riddled with poor dialogue. If you’re looking to get into visual novels, this is not the place to start, nor is it the place to continue. There is a demo available for those who are curious.