Home / Reviews / Only One Review 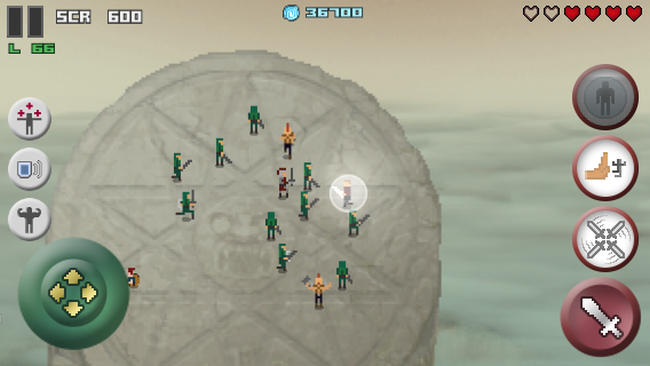 One sword, one life, one hundred pop-ups

Before I even knew what was happening, I had a magical sword in my possession and the bad guys were teleporting in to try and kill me. Naturally, I reacted as any magic sword-wielding hero would when facing down a horde of enemies: I paid $1.99 and froze them all with my newly purchased frost spell —but only after I had to put the fight on hold in order to decline rating my experience thus far.

Only One is a fun game that is hampered by constant, tacky reminders that you can spend your money in the game to power-up your hero. While it would be silly of me to say that a developer has no right pointing the player in the direction of where the in-app purchases reside, I feel like it’s counterproductive to stop the game every time a new pair of items in the store are available to purchase. Point the player in the store’s direction the first time it becomes available; anything beyond that and it feels like a nagging merchant following you through the flea market, trying to get you to buy his stuff.

Ignoring the bouncing arrows and pop-ups reminding the player to rate their experience, Only One is a relatively fun game. Developed by Ernest Szoka, Only One is a top-down sword fighting game where players battle atop a mystical battleground, high up in the clouds. Enemies teleport in as others are dispatched and they can all be killed with sword attacks or magical abilities that the player unlocks by spending the points they collect from slaying other enemies. Kill an enemy and they drop loot; knock an enemy off the side of the battleground and more points are awarded, but the majority of the loot will follow the doomed opponent off the edge.

Loot is points, health, or armor. As mentioned, points are used to buy new abilities like an air-blast push, a freezing attack, the ability to regenerate health, and other stat modifications and abilities. Armor mitigates some damaging abilities like arrows or weaker attacks, and health is, well…health.

For whatever reason, the ground in Only One is slippery, so when the player strikes an enemy, the two character models collide much like two marbles rolling into one another. The slick ground makes movement tricky as it negates some combat precision, and without a safety net for the player, sliding too close to the edge may accidently slip them off the side and down to their doom. I’d often pass up on loot dropped by enemies who I’d slain near the edge, for fear of accidently sliding too close and falling away.

The penalty for death is being pushed back to the 1st, 11th, 21st, 31st, and so on, levels. Every tenth level is a boss battle, and a skilled player will simply knock the boss off the edge of the battleground, skipping through the battle completely. 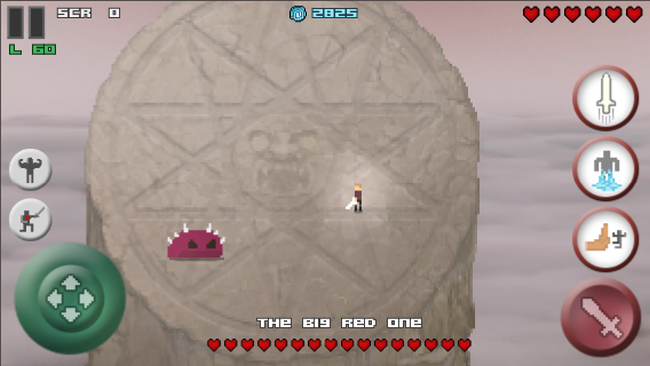 While the in-app purchases will certainly expedite the acquisition of abilities, I had no trouble playing through the game and casually unlocking abilities using just the points I’d collected from slaying enemies. I only had one issue with the items that could be bought (or unlocked), and that was that one of the abilities was a magnetic pull, allowing the player to collect loot without having to precisely run into it. For a game with such slippery control mechanics, it would have been nice if that ability was on by default. A player who chooses not to pay is not going to unlock that ability, instead choosing the far more useful skills like the wind blast or the freeze attack. So it felt like Only One was punishing me for not paying, by making it intentionally difficult to collect loot (and thereby unlocking things faster).

If you can ignore the pop-ups and the nudging to look at the store, you’ll probably get a good chunk of time out of Only One. I played through the game on my Nexus 7 tablet and had no trouble utilizing the controls, but I could see how it might cause issues for smartphone users with large hands and fingers. Considering that Only One is free-to-play, it can’t hurt to give it a try.